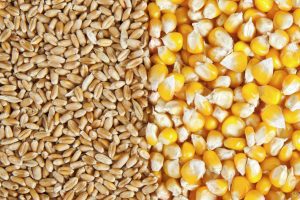 The analytical agency UkrAgroConsult predicts a wheat harvest of 25.9 million tonnes for 2020 with exports of 17.5 million tonnes and a corn harvest of 36 million tonnes with exports of 29 million tonnes.
“The assessment of export potential for wheat is quite consolidated – 17.5 million tonnes, this figure is fixed in a memorandum, an appendix to which has been recently signed. In any case, exports will be about 3 million tonnes lower than last year,” the UkrAgroConsult export for the grain market, Yelyzaveta Malyshko, said during the Black Sea Grain & Oil Trade 2020 international conference in Kyiv.
According to her, the start of the wheat export season was impressive, for example, from July 1 to August 28, some 4.16 million tonnes of wheat were exported, which is the highest figure for this period in the previous years.
“Now active export contributes to the fact that domestic prices for wheat in September are about $ 30 higher than last year and the demand remains. Expectations in this regard are quite optimistic. Forwards for December are now showing $ 225, but we cannot exclude autumn price deflection after the arrival of Canadian and then Australian wheat crop,” the expert said.
UkrAgroConsult’s estimate of the corn harvest for this year is 36 million tonnes.
The expert noted price expectations for corn are optimistic, however, a decrease in prices during the period of active harvesting cannot be ruled out.