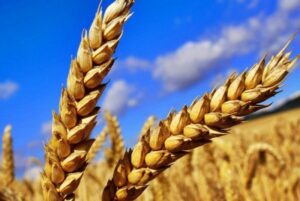 Ukraine plans to harvest up to 20 million tons of wheat, which is five times more than domestic demand, Prime Minister Denys Shmyhal said.
“Yesterday, the first ship with Ukrainian food left the port of Odessa… Firstly, this makes it possible to increase foreign exchange earnings and business income. Not only in the agricultural sector, which employs hundreds of thousands of people, but also in related industries. The second aspect: Ukraine remains important player in the global food market,” he said at a government meeting on Tuesday.
The prime minister stressed that the unblocking of exports is also directly related to the new crop, which is now being harvested by Ukrainian farmers.
“As of the end of July, about 12 million tons have already been harvested. At the same time, we expect to harvest up to 20 million tons of wheat alone, which is five times more than domestic demand. Therefore, it is important for us to help farmers preserve and sell the new crop,” Shmyhal summed up. 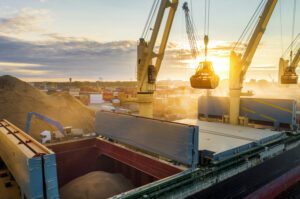 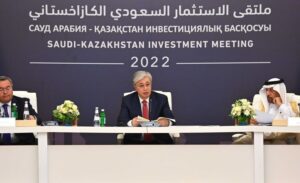 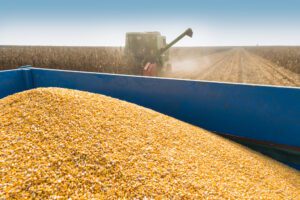 UKRAINE CANCELED LICENSING OF EXPORTS OF WHEAT AND FERTILIZERS 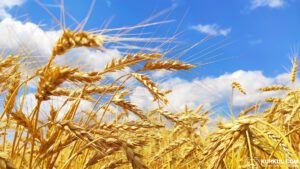 Wheat and its mixture with rye (meslin) are excluded from the list of goods whose export is subject to licensing, the Cabinet of Ministers made the corresponding decision at a meeting on Friday, Taras Melnychuk, a government representative in parliament, said.

As reported, on March 7, the Government of Ukraine expanded the list of goods the Ministry of Economy will issue export permits for: wheat, corn, poultry meat, chicken eggs and sunflower oil were included in the list of licensed exports.

Already in March, corn and sunflower oil were excluded from this list, but wheat remained, despite the requests of market participants.

As for oats, on March 5, a ban was introduced on its export in the form of a zero quota.

Nitrogen fertilizers were also banned for export at first, but at the end of March the government allowed their export within the quarterly quota of 210,000 tons, or 70,000 tons per month. 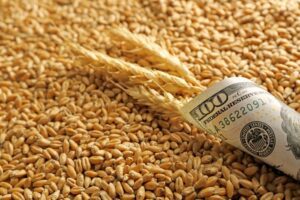 Licensing of wheat exports from Ukraine, introduced on March 6 amid Russian aggression, has created additional pressure on domestic wheat purchase prices, and the abolition of this state regulation will revive exports and stabilize prices for this exchange commodity.

This is how experts of the electronic grain exchange GrainTrade commented on the statement made recently by First Deputy Minister of Agrarian Policy Taras Vysotsky about the abolition of licensing for wheat exports in July, according to the website of the grain trading platform on Monday.

“Amid blocked ports, the purchase prices for grain in Ukraine fell sharply, but the introduction of licenses for the export of wheat further increased pressure on prices, which dropped to UAH 5,500-6,500/tonne with delivery to the mill… In anticipation of the harvesting of the new crop, agricultural producers have to vacate warehouse space, therefore, they are activating wheat sales, which increase pressure on prices. Therefore, the cancellation of licenses will revive exports and stabilize wheat prices,” GrainTrade said in a statement.

According to it, licensing complicates the export of wheat bran for processing enterprises, which are forced to spend additional funds on their storage or disposal, which also pushes down the price of wheat in Ukraine.

As reported, last week, Deputy Minister Vysotsky, at a meeting with representatives of the European Business Association, said that Ukraine planned to cancel the licensing of wheat exports in July and recalled active cooperation with Baltic and Polish partners to create alternative routes for the export of Ukrainian agricultural products.

The Ministry of Agrarian Policy is also working to continue the abolition of quotas and duties for the entire period of Ukraine’s candidacy for the EU, as well as the harmonization of legislation with the European one.