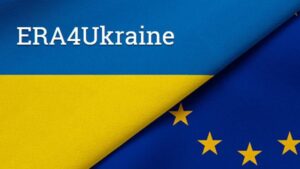 The European Commission has launched the ERA4Ukraine portal to provide information and support services to Ukrainian scientists forced to travel abroad due to the war, according to the Ministry of Education and Science of Ukraine.
According to the press service of the ministry, on the portal you can find information about the recognition of diplomas, current vacancies, receiving social assistance and housing offers for scientists and their families.
“The ERA4Ukraine portal will operate within the EURAXESS network, which supports scientists from more than 600 research centers and contains 43 national portals in EU member states and countries that have become associate participants in the Horizon Europe research and innovation program. The portal contains information about support of Ukrainian scientists from 30 countries in English. The Ukrainian version will be available soon,” the report says.

Brazil is opening a program for the integration of Ukrainian scientists, the Ministry of Education and Science reports.

“The government of the State of Paraná, with the support of the Araucaria Foundation and the General Directorate of Science, Technology and Higher Education (SETI) of Brazil, announced the admission and integration of Ukrainian scientists who were forced to leave the country due to the full-scale military invasion of Russia,” the press service of the Ministry of Education said.

It is noted that the main goal of the program is to provide an opportunity for scientists from Ukrainian universities to continue their research at the universities of the state of Paraná for up to two years.

It is expected that the program will involve 50 scientists with a scientific title of doctor of projects. These instructors will have the opportunity to teach and develop their skills at the universities of the state of Paraná.