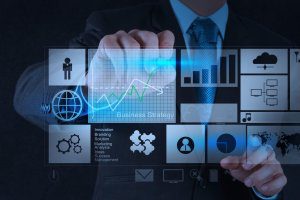 The TCDC will be located in a separate building with an area of about 3,500 square meters at 8 Simyi Khokhlovykh Street in Kyiv. Construction is under way at the site now, it is to be completed in December 2016.

“The TCDC will be operated by a managing company, an advisory board, the Juscutum law firm, inter-corporate IT university BIONIC University, two high-tech laboratories: VR Lab (Crytek) and Smart City lab,” the press service said.

Kyiv-Mohyla Business School (kmbs) will be the center’s special educational partner, which has already developed a training program “Be Tech. Client Focus Strategy.” To become a TCDC resident, please fill in a form and take kmbs’ respective training course. K.Fund will refund 70% of the tuition fees.

K.Fund was founded by Ukrainian entrepreneur Vasyl Khmelnytsky in 2015 to support education and economics projects.

BlackBox Capital, founded by Yevhen Sarantsov, has been creating new business models in the segment of IT and digital commercial communications with Ukrainian companies since 2014.

CONTAINER TRANSPORTATION BY RAIL IN UKRAINE 28% UP IN JANUARY-AUGUST 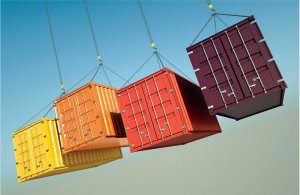 KYIV. Sept 28 (Interfax-Ukraine) – Transportation of freight in containers by rail and in Viking combined transport trains via Ukraine in January-August 2016 increased by 28% year-over-year, to 45,945 TEU.

In addition, 2,843 TEU was transported by the Viking combined transport train; 2,304 TEU was shipped along the Khreshchatyk route (Odesa-Kyiv-Lisky-Odesa), and 3,868 TEU was shipped from Romanian cities to the Russian city of Togliatti in Samara Oblast and back.

Eleven container trains run across Ukraine’s territory. Transportation of containers by train accounts for 26% of the total volume of transported containers via the country. 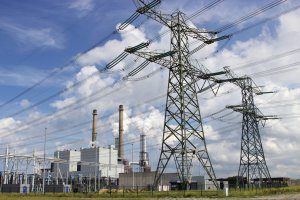 KYIV. Sept 28 (Interfax-Ukraine) – A total of 15 investors have signed confidentiality contracts with Ukraine’s State Property Fund (SPF) to have the right to study regional electricity supply companies with the purpose of participation in their privatization, SPF Head Ihor Bilous has said.

“There are around 15 investors, and 95% of them are foreigners. There are several Ukrainian companies. This will be international privatization,” he said on 3s.tv channel.

He welcomed the adoption of the law on the regulator – National Commission for Energy, Housing and Utilities Services Regulation (NCER) – last week and expressed hope that the NCER would soon endorse RAB (Regulatory Asset Base) regulation.

He said that investors are to invest at least $30 million in each of the six companies.

Commenting on Centrenergo, Bilous said that active advertising of the company will start at the end of this year, and it is preliminarily planned to put it up for sale in Q2 2017. He said that thanks to donors a technical advisor has been hired – Deloitte. Bilous predicts that several times more funds will be spent to prepare Centrenergo for the privatization compared to UAH 25 million allocated for Odesa Port-Side Plant.

Bilous also said that he hopes that Odesa Port-Side Plant will be sold this November. The approval of the starting price is left. He said that some clauses of the sale and purchase agreement would refer to English law foreseeing international arbitration. It is done to attract investors.

According to the privatization schedule approved on September 23, SPF seeks to announce tenders to sell 65.001% in Kharkivoblenergo, 70% in Mykolaivoblenergo, 50.999% in Ternopiloblenergo and 70.009% Khmelnytskoblenergo, and in November – 60.248% in Zaporizhiaoblenergo.

It is planned to put 71% in Cherkasyoblenergo up for sale, but the 46% stake managed by the fund is to be merged with the 25% stake belonged to private joint-stock company Ukresco. 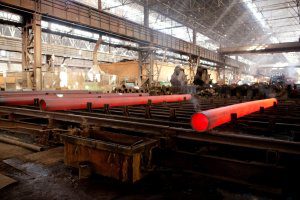 According to a posting on the Energomashspetsstal’s website, two rolls weighing 108.5 tonnes will be installed at the hot rolling sheet mill 2300 of the Polish enterprise.

Energomashspetsstal is the largest Ukrainian producer of special cast and forged products for individual and small-scale production for metallurgy, shipbuilding, energy (wind, steam, hydro, nuclear) and general engineering. It has been part of the mechanical engineering division of Rosatom since 2010. 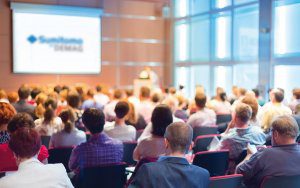 KYIV. Sept 28 (Interfax-Ukraine) – The fate of capital markets in the financial sector development program until 2020 and the reform of capital market infrastructure in Ukraine will be discussed by participants of the Ukrainian Financial Forum 2016 to be held in Odesa on September 29 and September 30.

ICU Investment Group, the organizer of the forum, told Interfax-Ukraine that four other panel discussions will be devoted to the macroeconomic and financial situation in Ukraine, development of financial tools, the institutional capability of capital market regulators and institutional investors as the base for revitalizing the Ukrainian stock market.

Leaders of the National Commission for Securities and the Stock Market, National Bank of Ukraine, national commission for financial service markets regulation and representatives of the government and international financial institutions will speak at the forum.

Partners of the forum are American Chamber of Commerce in Ukraine, the Ukrainian Stock Traders, ACI Ukraine (the Financial Markets Association) and Independent Association of Banks of Ukraine. 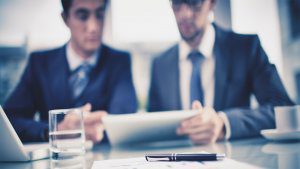 KYIV. Sept 28 (Interfax-Ukraine) – Israeli businessmen show their interest to the privatization in Ukraine to take place in 2016 and 2017, Ukrainian President Petro Poroshenko has said.

“We have agreed on significant broadening of economic cooperation. I proposed to our Israeli partners and investors to take part in the large-scale privatization to take place in Ukraine in 2016 and 2017. We heard the large interest in it,” he said at a joint briefing with Israeli President Reuven Rivlin on Tuesday in Kyiv.

The parties have also agreed to promptly conduct the regular session of the Ukraine-Israel Joint Commission for Trade and Economic Cooperation.

“We have agreed that we need to hold the next session of the joint Ukrainian-Israeli committee on trade and economic cooperation as soon as possible. It was planned that the first meeting will take place in three years, but we agreed to hold it now,” Poroshenko said.

He also expressed his hope that the delegation made progress on the further liberalization of air traffic.

“We need to remove any obstacles both for Israeli and Ukrainian companies,” he said.

“We have also agreed to initiate practical cooperation in scientific-technical sphere, tourism and agriculture. Ukrainians are particularly interested in the experience of Israel in irrigation farming,” Poroshenko said.