KYIV. Nov 14 (Interfax-Ukraine) – China’s CNBM has completed the registration of ownership rights to the 10 largest solar power plants in Ukraine with a total capacity of 267 MW, Director General of China’s CNBM New Energy Engineering Co., Ltd. Yongzhi Chen has said in an interview with Interfax-Ukraine.

Commenting on the recent news about the acquisition of Neptun Solar incorporated into Activ Solar, he said that this was the last deal to register ownership rights to 10 solar power plants received for debts, while ownership rights to the rest of nine plants were registered earlier.

“In general, we have invested around $1 billion of investment and financing, including commodity loans. Over EUR 168 million were converted into capital of 10 solar power plants. The company received control over the said assets in exchange of paying unrecoverable and unsecured debt under transactions to supply equipment,” Chen said.

He said that the Chinese company has been operating on the Ukrainian energy market since 2011. In 2012-2013 a large debt appeared, and the problem was settled only in 2014 when the plants were transferred to ownership as payment of the debt.

Chen said that CNBM received permits from all Chinese and Ukrainian regulators, including Ukraine’s Antimonopoly Committee, and information that the company owns Ukrainian companies is available in open registers.

He said that CNBM is fulfilling all liabilities of the Ukrainian companies to Ukrainian banks, including Oschadbank.

As for the tariff that is considered set too high by many lawmakers and market players, he said that this tariff guaranteed the acceptable payback period with the prices of equipment at the moment of building the plants.

“In 2011-2012 the cash cost of equipment was three times more than now. It is incorrect to assess the cash cost that was five years ago, taking into account the current market price,” Chen said.

Commenting on information that other countries eventually reduced feed-in tariffs, he said that there investors knew about the reduction of tariffs in advance and they could plan their operations.

“On the other hand, the tariffs were not reduced for the finished facilities,” he added.

Chen said that allegations of some politicians that CNBM is linked to Ukrainian oligarchs, in particular, fugitive ex-head of the National Security and Defense Council of Ukraine Andriy Kliuyev, is an attempt to deceive regulators and society and explain the discriminative steps against the company by this. 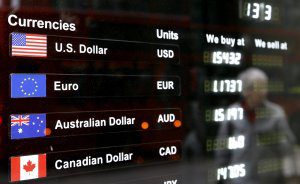 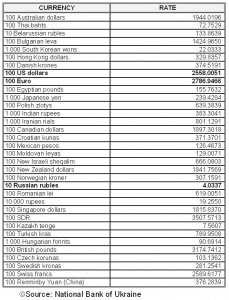 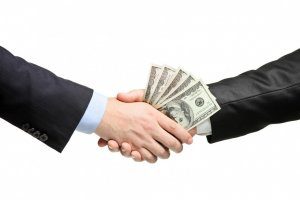 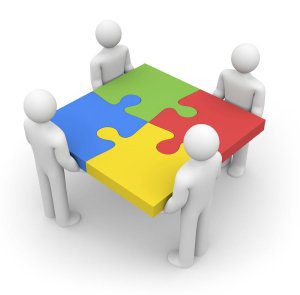 KYIV. Nov 11 (Interfax-Ukraine) – MHP agroholding, the largest poultry producer in Ukraine, seeks to more actively work with local communities and public leaders to the change the parasitical and paternalistic mood in the country and create better prospects for development and the company, MHP Board Chairman Yuriy Kosiuk has said.

“Successful people inside the company are social outcasts, an object of derision and envy. We have decided that we will work with communities to change attitudes toward successful people and those who want to do something,” he said at the third Orchestrators of Change Directors forum.

The businessman said that it is a surprise for him after the Maidan how strong parasitical mood in society is. Without changing it, attempts to improve the work of the authorities and their institutions for example, the Verkhovna Rada and the Antimonopoly Committee, will be in vain, he said.

He said that the company should set a good example to businesses and leaders in each settlement and community where the company works.

Kosiuk said that this could take five years, but it would be hard to change parasitical and paternalistic mood in society without it. He said that these are good deeds such as beautiful grass plots, paving slabs, painting of road border stones and intolerance to scoundrels.

The businessman said that as part of the new approach to the implementation of social projects the company would actively involve the public. 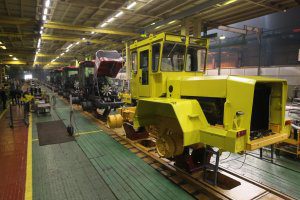 “As for support of combine production… The top managers of the enterprise say that this combine has been brought up to date. If it is so and it is proved, I think we would be able to speak about finding tools to support building of combines in Ukraine,” the press service of the government said on Thursday, citing Groysman.

The prime minister said that the government considers support of machine building in Ukraine a top priority.

“Today we see that equipment for agriculture, including machinery, can be made in Ukraine,” Groysman said, commenting on the operation of Kherson Machine Building Plant.

He said that around 20 enterprises in Ukraine are cooperating with the plant delivering knots for machinery.

“The competitive advantage is the quality and the price. The price is twice cheaper than the analog. This is good. The quality would make farmers to believe in these products and start using them,” he said.

“Today we have absolutely all chances to create a Ukrainian tractor,” Groysman said, adding that the government wants to create schemes for compensating a part of the cost of agricultural machinery.

The prime minister said that around 100 types of agricultural equipment are made in Ukraine.

“We are ready to compensate 20-30% of the cost of equipment to Ukrainian farmers who produce national products. This would cheapen farmers’ goods, and farmers would have a chance to use this equipment in production. We want to launch this circle,” he said.

He said that the Cabinet of Ministers and the national committee for industrial development are working on the issue.

He said that the government envisaged UAH 5.5 billion for support of small and medium-sized farms in the draft 2017 national budget. It could be expanded to UAH 10 billion. Now the government is holding consolations with parliament to look for the required tools. 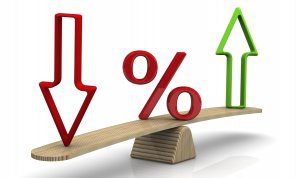