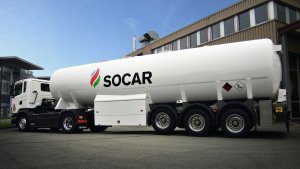 KYIV. Aug 5 (Interfax-Ukraine) – Socar Ukraine Trade House LLC first won a tender held by Center for Provision of Production of public joint-stock company Ukrzaliznytsia to supply diesel fuel, although the bidder of similar tenders WOG Aero Jet which price was 15.3% higher challenged the results of the tender,” Ukrzaliznytsia has reported.

The press service of Ukrzaliznytsia added that WOG Aero Jet on August 1, 2016 also filed a claim to the National Anti-Corruption Bureau of Ukraine. 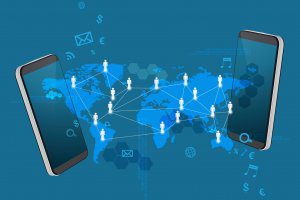 KYIV. Aug 5 (Interfax-Ukraine) – Kyivstar mobile operator saw a 34% rise in earnings before interest, tax, depreciation and amortization (EBITDA) in April-June 2016 year-over-year, to UAH 2.03 billion, the company said in a report on Thursday.

Kyivstar said that increase of EBITDA margin to 54.9% is linked to a rise in revenue, reduction of expenses on interconnection and a fall in structural operating expenses.

“A rise in payments for frequency bands related to the 3G license, growth of utilities tariffs and rent rates and devaluation of the national currency affected operating expenses,” the company said.

Revenue from mobile data transfer grew by 79% compared to Q2 2015, to UAH 262 million with retaining the number of subscribers at 800,000. The growth is linked to the development of 3G network, the launch of attractive tariffs and active promotion of offers for smartphones.

The company said that it expanded 3G network coverage in Q2 2016 with 48% of Ukrainian residents now having access to it.

Kyivstar said that competition on the Ukrainian telecommunications market is toughening, and the trend would grow. 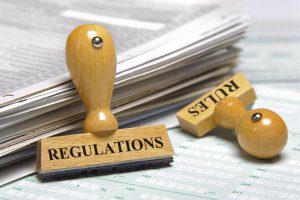 KYIV. Aug 5 (Interfax-Ukraine) – A pilot project to annul government regulation of food prices and services in retail outlets could be launched from August 15 for three or four months.

According to draft resolution posted on the website of the Economic Development and Trade Ministry it is proposed to temporarily suspend resolution No. 1548 dated December 25, 1996 and resolution No. 1222 dated October 17, 2007 in part government regulation of baby food, bread, flour, sugar, cereals, meat and dairy products, eggs, sunflower oil and other food prices.

The revoking of government regulation of the fee for services provided in retail outlets, food and nonfood markets, the level of prices and effectiveness of rent rates on retail space.

The State Statistics Service is obliged to monitor the prices of the above-listed goods and services until November 15, 2016 and submit information on the results to the ministry.

According to an explanatory note, rent rates effectiveness limit set at 2-15% (depending on the region and type of products) the real effectiveness of food production was minus 13.1%, according to statistics.

The draft resolution aims at facilitating the procedure for price changes depending on the situation on the market. This would help producers to more quickly react to the changes. 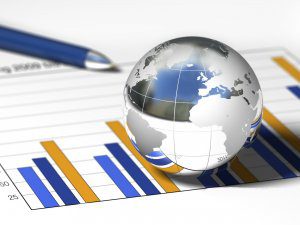 “I am honored to be the first head of the Ukrainian state who visited Malaysia. I am very impressed with the high rate of economic growth in your country,” he told reporters after talks with Prime Minister of Malaysia Najib Tun Razak.

According to him, the talks were constructive and touched on a wide range of issues on the bilateral agenda, as well as regional and international security.

“I am pleased to inform you that we have fully agreed on the need to maintain an active dialogue at the highest level,” Poroshenko said.

According to him, the sides confirmed mutual interest in expanding the entire range of bilateral relations.

“Invigoration of trade and economic relations between the two countries is one of the key points in our agenda,” the president said.

According to him, Ukraine has much to offer Malaysia, ranging from joint participation in space programs, the supply of Antonov aircraft and other areas.

“During the negotiations we agreed on the need to speed up the launch of a joint Ukrainian-Malaysian trade committee. We expect its first meeting to be held next year,” Poroshenko added. 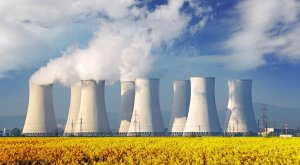 KYIV. Aug 5 (Interfax-Ukraine) – Ukraine has agreed an increase in supplies of nuclear fuel with Westinghouse and building a nuclear fuel plant in Ukraine in the future to avoid dependence on Russia, Ukrainian Energy and Coal Industry Minister Ihor Nasalyk has said.

“We agreed to diversify supplies for almost half of nuclear reactors and to build a nuclear fuel plant on the territory of Ukraine,” he said at a press conference in Kyiv on Thursday.

The minister said that the agreements were reached during his recent trip to the United States.

The minister specified that Westinghouse is ready to discuss building of the nuclear plant in Ukraine.

“On August 18 I will fly to Kazakhstan where I will discuss, among other issues, the completion of the nuclear fuel plant in Ukraine. We have two sources. When we have two, it is better to work,” he said.

As reported, in order to diversify sources of nuclear fuel supply for the country’s NPPs, Energoatom jointly with Westinghouse in 2000 launched the project for the qualification of this company’s fuel. In March 2008 Energoatom and Westinghouse Electric Sweden AB (Sweden) signed a commercial contract to ship fresh fuel to three or six reactors of Ukrainian NPPs in 2011-2015. In April 2014, the sides prolonged the contract until 2020. 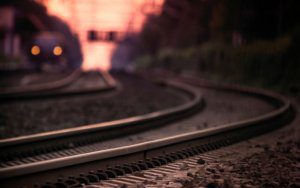 ODESA. Aug 4 (Interfax-Ukraine) – Ukraine and Moldova have agreed to establish a working group to design and commission a railway section on the Berezyne (Ukraine)-Basarabeasca (Moldova) route.

According to Deputy Chairman of Odesa Regional Council Yuriy Dymchohlo, the agreement was achieved at a meeting on the issue of restoring the rail section on the route in Chisinau on August 2.

As reported, Ukraine and Moldova agreed to resume railway traffic from Odesa region to Moldova bypassing Transdniestria in October 2015. Restoring traffic on the Berezyne-Basarabeasca section will open a direct way from Moldova to the ports of Velyka Odesa.

It is planned within the project to organize traffic of at least six pairs of trains per day. In addition, it is planned near Berezyne to open an international rail checkpoint.

According to Ukrzaliznytsia, in 1999 due to lack of traffic and the poor condition of the track on the Berezyne-Basarabeasca some 20 kilometers of track in the territory of Ukraine (Odesa Railways) and almost 1.5 km in the territory of Moldova were dismantled.