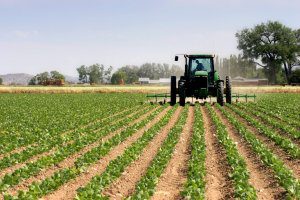 KYIV. Dec 29 (Interfax-Ukraine) – Ukraine’s Prime Minister Arseniy Yatseniuk has signed a financial agreement to raise a EUR 400 million loan from the European Investment Bank (EIB) for projects in the agricultural sector, the press service of the government said on Monday.

The agreement secures a EUR 400 million loan for the term of 12 years with a four-year grace period to finance projects in cereals and oil seeds cultivation, modernization of fisheries and aquaculture in Ukraine.

Ukraine’s Ministry of Finance acts as the borrower. Together with the Agrarian Policy and Food Ministry and Ukreximbank, it will select projects and monitor their implementation.

EIB loans can be used to cover up to 50% of the projects’ cost; the rest of the funds will come from the banks participating in the projects and ultimate beneficiaries. The implementation of the project will allow accumulating EUR 800 million of financial resources. 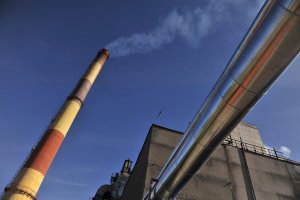 “UAH 156 million from the 2016 national budget is foreseen as part of the EU assistance program. However, UAH 206 million is required to complete the works,” Panteleyev said during his visit to the plant.

He said that at present Kyiv authorities are actively working on the attraction of funds to reconstruct the Energia incineration plant.

Panteleyev said that in 2015, the plant burnt 80,000 tonnes of household waste more than in 2014, and it is planned to increase the figure thanks to the expansion of the capacity of the plant. 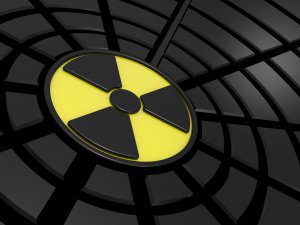 KYIV. Dec 29 (Interfax-Ukraine) – The Cabinet of Ministers has approved the targeted ecological program for uranium facilities of Barrier company.

This is outlined in cabinet resolution No. 1091 of December 23 published on Monday.

According to the program, Barrier is the main enterprise located on the territory of former Prydniprovsky Chemical Plant, the large enterprise of the USSR defense and industrial complex that produced uranium concentrate. The enterprise had uranium and thorium ores processing facilities, and ending stocks of ore and naturally occurring radioactive materials reached 42 million tonnes.

The program aims at preventing disasters and maintaining safe storage of uranium facilities and monitoring their state. It is planned to realize the program in 2015-2017. It is planned to draw up a long-term strategy for bringing the uranium facilities in the safe condition with the help of a consortium of European organizations Wismut, Visutek (Germany) and Facilia AB (Sweden).

The approximate volume of financing is UAH 67.74 million, including UAH 49.88 million from Ukraine’s national budget and thanks to international technical assistance of the European Union. 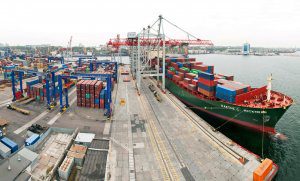 KYIV. Dec 28 (Interfax-Ukraine) – The Infrastructure Ministry of Ukraine and the State Fiscal Service have signed a memorandum of cooperation in the IT sector regarding port procedure cooperation.

An Interfax-Ukraine correspondent has reported that Infrastructure Minister Andriy Pyvovarsky and Head of the State Fiscal Service Roman Nasirov signed the document on Friday.

The sides would improve the processes of handling cargo, start exchanging data between information systems of the agencies and remove duplication of information submitted to marine agents on goods shipped in containers.

At the first stage the relaxation of customs procedures will touch internal and external transit cargos. The next stage will be the introduction of these rules for imported cargos.

“If earlier ships entered ports and then customs officers started cargo clearance procedures that could last for several days, today our goal is to reduce the term for customs clearance to a zero,” Pyvovarsky said.

Thus, the customs clearance will be settled before ships arrive to ports. 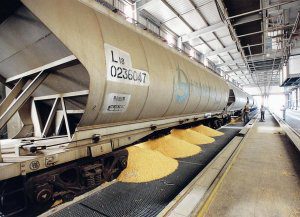 Ukrzaliznytsia said that in December 2015 its operating grain hoppers fleet is 10,800 wagons. The number of grain hoppers is enough to ship 2-2.5 million tonnes of grain and grain cargo every month. 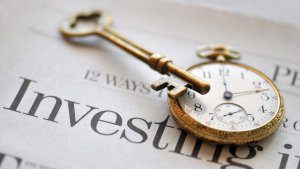 KYIV. Dec 28 (Interfax-Ukraine) – The general fund of the national budget for 2016 foresees UAH 3 billion for the State Fund for Regional Development and UAH 1.94 billion for the socio-economic development of the regions of Ukraine.

“As a result, this totals UAH 4.94 billion, which is more than the amount provided previously, namely UAH 4.64 billion. But the main thing is subventions to support the infrastructure projects of united territorial communities in the amount of UAH 1 billion,” Zubko said.

According to him, these funds will be spent on supporting united territorial communities, as well as developing infrastructure and administrative centers in the communities next year.