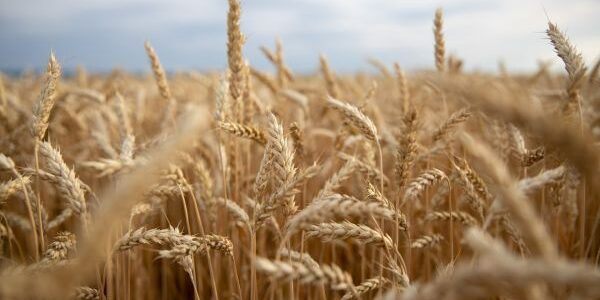 Romania has announced a tender for the repair of a broad-gauge railway connecting its Danube river port of Galati and the Moldovan river port of Giurgiulesti in order to transport grain from Ukraine without changing the rolling stock, since exports from Ukrainian seaports are blocked by warships of the aggressor country of the Russian Federation.
On the relevant statement of the Minister of Transport of Romania, Sorin Grindeanu, MP of Ukraine Dmitry Solomchuk (Servant of the People faction) wrote on his Telegram channel on Monday.
“Romania plans to urgently repair the old broad-gauge railway connecting the port of Galati from Giurgiulesti, located across the border with Moldova, so that freight trains loaded with grain from Ukraine can reach the ships without wasting time changing wheels at the border. A tender has been announced,” the MP said. in the social network.
According to Solomchuk, the advantage of the port of Galati is the ability to load both river and sea vessels.
Transportation of Ukrainian grain across the Black Sea remains the cheapest solution, despite the increase in the cost of ship insurance due to the Russian blockade of the Black Sea.
“Minister of Transport Sorin Grindeanu said that this Danube port, together with the port of Constanta, will become one of the key points in the region for the transport of goods and raw materials. Ukraine exports most of its grain to North Africa, and the Black Sea is the shortest route. Alternatives would be through the port Gdansk or Trieste, but the routes would be much longer,” the deputy summed up.
As reported, the Ukrainian and Romanian relevant ministries at the end of March began negotiations on the export of agricultural products from Ukraine through European seaports, including the Romanian port of Constanta.
The first cargo of Ukrainian corn weighing 71 thousand tons since the beginning of the Russian military invasion of Ukraine left the Black Sea port of Constanta on April 29 to the recipient.
The countries bordering Ukraine have responded to its problem with the export of agricultural products and have already significantly simplified the procedures for registering freight traffic or are actively working on it. In particular, Romania, Slovakia, Hungary, Lithuania, Latvia, Estonia, as well as Italy, Turkey, Bulgaria, Georgia, Denmark, Greece, Austria introduced liberal conditions for Ukrainian carriers.
Before the Russian military invasion, Ukraine monthly exported about 5 million tons of agricultural products through the ports of Odessa and Nikolaev, but now, due to their naval blockade by the Russian Federation, it can transport about 500 thousand tons of grain monthly. This leads to a monthly shortfall of about $1.5 billion in export earnings for the country.