DURING FIRST MONTH OF MARTIAL LAW, MOST INSURANCE COMPANIES IN UKRAINE WERE ABLE TO ORGANIZE WORK AND CONTINUE ACTIVITIES. 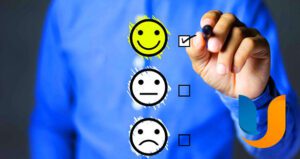 The vast majority of Ukrainian insurers in the first month of martial law were able to organize and adjust their work in accordance with the prevailing conditions and continue their activities, the National Bank of Ukraine (NBU) said in a comment to the request of the Interfax-Ukraine news agency.
“The National Bank, as a regulator of non-banking financial services markets, in the first days of the war, developed and sent to all insurers a questionnaire in which market participants provide general information about their activities during martial law. This allows the NBU to understand the situation and take timely measures to maintain the insurance market,” the controller notes.
At the same time, it is specified that there are companies that cannot yet work, given their location, in particular, several insurers in Mariupol and Kharkiv reported that they were temporarily unable to carry out their activities.
As for the registration of insurers in the territory of hostilities, according to information from the State Register of Financial Institutions, 112 insurers are registered in Kiev, more than 100 separate divisions of insurers are registered in Kyiv and the Kiev region, including one division each in Vasilkov, Bucha and Brovary.
There are 5 insurers and more than 40 separate subdivisions of insurers registered in the city of Kharkov, one in Dergachi, Kharkiv region, one insurer and 19 separate subdivisions of insurers are registered in Chernihiv, two insurers and 12 separate subdivisions of insurers are registered in Mariupol, and 18 separate subdivisions of insurers are registered in occupied Kherson. subdivisions of insurers, three – in Nova Kakhovka, Kherson region, in Nikolaev – 20 separate subdivisions of insurers, in Sumy – 16.
Answering the question whether there are preliminary calculations of how much the insurance market could shrink both in terms of quantity and business, the NBU noted that, given the conditions of martial law, a number of measures were taken to ensure the functioning of the financial system of Ukraine. In particular, the NBU extended reporting and decided not to apply measures of influence to non-banking financial services market participants, including insurers, for violation of reporting deadlines, including for 2021. The deadlines (until April 1, 2002) for the submission by insurers of information and documents at the request of the National Bank, sent within the framework of on-site supervision, were also postponed. In addition, the activities of participants in the non-banking financial services market under martial law have been regulated.
“Given the extension of the deadlines for reporting by insurers until April 1, 2022, calculations and conclusions on the reduction of the insurance market can only be made after receiving reports and their analysis for 2021 and the first quarter of 2022. We will definitely publish this information on our website,” noted the regulator.
The regulator also clarified that in order to resolve the issue of obtaining insurance companies the opportunity to purchase short loans secured by government bonds in order to obtain instant liquidity, he turned to the National Commission for Securities and Stock Market (NCSM).
The NSMSC, guided by paragraph 13 of Article 8 of the law “On State Regulation of Capital Markets and Organized Commodity Markets” and in connection with the introduction of martial law in Ukraine, amended Annex No. 2 to its decision No. 144 of March 08, 2022 “On drawing up transactions in the capital markets for the period of martial law” new paragraph: “10. Depository institutions have the right to conduct depository operations in the depository accounting system related to the pledge of government securities in banks, the change and termination of such pledge, as well as the foreclosure of the subject of pledge” .
Answering the question whether the regulator, in connection with the current situation, does not intend to recommend banks to amend the existing deposit agreements of insurers, giving the right to unblock part of the funds necessary, in particular for payments, the NBU noted that the insurance companies that had such a problem are solving it with the National Bank on an individual basis.