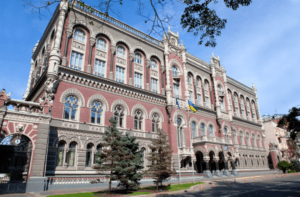 The National Bank of Ukraine sold $473.04 million and bought $206.8 million during the week of March 7-12, according to a statement on its website.

As reported, in the first week and a half after the war started by Russia on February 24, the NBU bought $843.3 million and EUR37.5 million and sold $144 million and EUR17.5 million, since the ban on the purchase of foreign currency was only introduced, and the list of critical imports was not significantly expanded.

Ukraine’s international reserves as of March 7, 2022, according to the NBU, amounted to $27.7 billion.

UKRAINIAN EXPORTS GOES DOWN AT LEAST $100 MLN PER YEAR 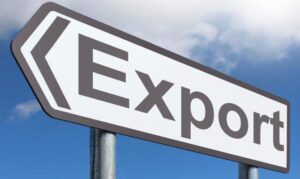 The National Bank of Ukraine (NBU) estimates a potential reduction in revenue from the sale of export products subject to the EU I Carbon Border Adjustment Mechanism (CBAM) at the level of $100 million annually from 2026.
The estimates were given in the quarterly inflation report of the NBU.
The NBU said that Ukrainian exporters of carbon-intensive metallurgical products to the EU ($30-50 million per year) will suffer the lion’s share of the damage.
At the same time, the cumulative damage for exporters subject to CBAM is assessed as moderate.
The action of CBAM in the wording proposed by the European Commission will apply to the import of fertilizers, electricity, products of the cement industry and metallurgy (iron, steel, aluminum). These are, as noted in the EC, the sectors with the highest carbon dioxide emissions.
At the same time, the National Bank said that the income of Ukrainian companies may be reduced even more if the mechanism is extended to other sectors of the economy, indirect CO2 emissions are added, free emission quotas in the EU are rapidly eliminated and the transition period is reduced.
Such initiatives, as is known, are put forward by a number of members of the European Parliament. The law on the introduction of the mechanism can be adopted already in the middle of this year after parliamentary consultations.
To minimize the negative impact of CBAM, the NBU advises to focus on the development of a national emissions trading system (ETS), which, in turn, will allow the collected funds to be directed to eco-modernization.
The conclusions of the National Bank differ significantly from the estimates of the Kyiv School of Economics (KSE). KSE experts predict that the introduction of CBAM by the European Union could lead to an annual reduction in the income of Ukrainian companies up to EUR 396 million annually during 2026-2030. Thus, Ukraine’s GDP will decrease by 0.08% per year.

NUMBER OF UKRAINIANS’ COMPLAINTS TO NATIONAL BANK OF UKRAINE IN JULY-SEPT AMOUNTED TO 29,000 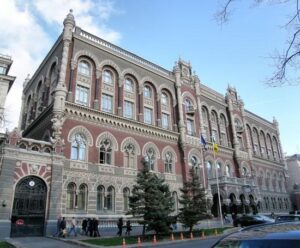 The number of citizens’ complaints to the National Bank of Ukraine (NBU) in July-September 2021 amounted to 29,000, which is 13.7% more than in the previous quarter (25,500), according to a report on work with complaints from consumers of financial services, published on the regulator’s website on Wednesday. At the same time, number of written complaints in the third quarter increased by 18%, to 11,340, and the number of calls to the call center – by 10%, to 17,400.Most of the complaints from consumers relate to the work of nonbank financial institutions: 8,720 written complaints and 5,750 calls to the call center.One of the main reasons for the growth in the number of applications is Law No. 1349-IX on the regulation of collection activities, which came into full force on July 14, 2021.“It clearly outlined the rights of consumers of financial services and bans on the work of debt collectors. That is why citizens began to complain more often to the National Bank about the violation by debt collectors and lenders when settling overdue debts,” the central bank said.According to the report, debt management and unethical behavior of debt collectors and credit institutions is the most common topic of both written complaints (47% of the total) and calls to the call center (19%).In addition, in their written requests, consumers asked questions about loans from nonbank financial institutions (23%), relations on compulsory types of insurance (8%), bank loans (7%).At the same time, the topical topics of calls to the call center were loans from nonbank financial institutions (14%), issues of banknotes and coins (11%), relations under bank loan agreements (7%).According to the NBU, 45% of written requests had signs of violation of the rights of consumers of financial services.Among the problematic issues in the work of nonbank financial institutions is the accrual of interest over the loan period, fraud using lost consumer documents, problematic issues with insurance companies, tough methods of collecting bad debts.Among the problematic issues identified in the work of banks are also cases of fraud with customer accounts, the imposition of additional services, tough actions to collect bad debts. 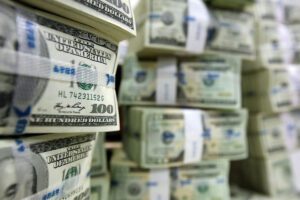 NATIONAL BANK OF UKRAINE EXPECTS DECREASE IN UKRAINE’S PUBLIC DEBT TO 55.8% OF GDP 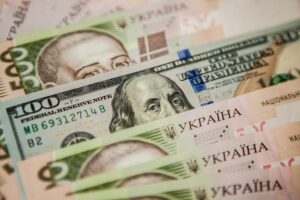 The public and guaranteed debt of Ukraine after growth last year from 50.3% of GDP to 60.8% of GDP in 2021 will decrease to 55.8% of GDP, this updated forecast is contained in the inflation report of the National Bank of Ukraine (NBU).
“Compliance with a balanced fiscal policy in the context of economic growth and low exchange rate volatility will allow to resume the decline in the level of government and government-guaranteed debt, as well as keep it below 60% of GDP,” the NBU said.
According to its estimates, in the first two months of 2021, the debt has already decreased to 58.4% of GDP, amounting to UAH 2.55 trillion in absolute terms (36.5% in national currency and 63.5% in foreign currency).
The National Bank said that in 2021 the government will still maintain a significant budget deficit (according to NBU estimates 4% of GDP, UAH 200.2 billion) to revive the economy and overcome the pandemic.
“However, in the future, in the context of sustainable economic growth, government incentives will decrease, which will gradually improve the debt position. Accordingly, in 2022-2023, the deficit is expected to decrease to 3% of GDP (UAH 165 billion in 2022 and UAH 181.9 billion in 2023),” the bank said in the report.
According to it, the National Bank does not expect financing of NJSC Naftogaz Ukrainy and additional capitalization of state-owned banks in the next three years. The volume of government guarantees, according to its estimates, will decrease from UAH 80 billion in 2021 to UAH 34.4 billion in 2022 and UAH 36.8 billion in 2023. 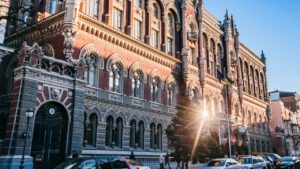 The National Bank of Ukraine (NBU) has for the first time defined the list of critical infrastructure facilities in the banking system, which includes 13 banks, the press service of the regulator said on Friday.
The list includes PrivatBank, Oschadbank, Ukrgasbank, Ukreximbank, Raiffeisen Bank Aval, FUIB, Alfa Bank, OTP Bank, TAScombank, Universal Bank, UkrSibbank (all are based in Kyiv), Pivdenny Bank (Odesa) and A-Bank (Dnipro).
The list was approved by NBU Board decision No. 148 dated April 20, 2021 on critical infrastructure facilities in the banking system of Ukraine.
The facilities of critical infrastructure include banks, the stable operation of which ensures the stability of the banking system, it is essential for the economy and security of the state, the functioning of society, and which are of significant public interest. In particular, these are banks that are included in the list of systemically important banks, and banks in which the state directly or indirectly owns more than 75% of their charter capital.