PASSENGER FLOW AT ZAPORIZHIA AIRPORT FALLS BY 13% IN SEPT 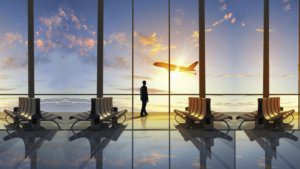 The Zaporizhia international airport in September 2018 saw a 13% fall in passenger flow year-over-year, to 36,000 people.
Director of the airport Viktor Biskupsky told Interfax-Ukraine that along with the seasonal decrease in activity, the reason for the decline in passenger traffic was the annulment of regular flights in Ukraine by Atlasjet Ukraine, the annulment of flights to Batumi and Tel-Aviv by Ukraine International Airlines (UIA), and the switch to lower capacity planes by airlines on domestic flights (in particular, by UIA).
At the same time, he said that all domestic flights from Zaporizhia are fully filled.
According to the information on the website of the Zaporizhia International Airport, on domestic flights the decline in passenger traffic was 23% (7,300 people), on international flights – 10.4% (2,400 people).
In general, in January-September-2018, the passenger traffic at the Zaporizhia airport amounted to 297,500 people, almost 19% more than last year. On domestic flights, growth was 12.7% – to almost 71,000, on international flights – by 20.9%, to 226,600.
The number of aircraft departures, according to the airport, amounted to 2,434 and increased by 16.5% over the same period last year. 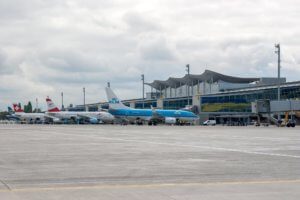 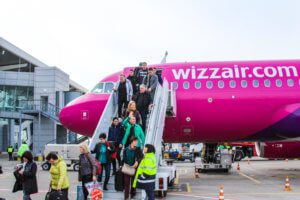 Passenger traffic at the Kharkiv International Airport in September 2018 amounted to 88,900 people, which is 12% more compared to the same period in 2017, the press service of the airport has reported. The number of international flights in September increased by 9%, domestic – by 26%. Flights to Istanbul, Kyiv, Warsaw, Tel Aviv, Batumi, Dortmund, Katowice, Minsk, Tbilisi, Milan were of the greatest demand.
Kharkiv airport has a runway 2,500 meters long and 50 meters wide. There are two passenger terminals with the capacity of 100 and 650 people on its territory. DCH manages the airport through New Systems AM.

UAH 1.1 BLN TO BE SENT FOR ODESA AIRPORT RECONSTRUCTION IN 2019 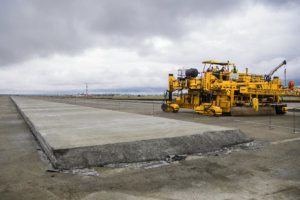 Ukraine’s Infrastructure Ministry has approved the assignment of UAH 1.1 billion in 2019 for reconstruction of the airfield of municipal enterprise Odesa International Airport, including for construction of a new runway with the synthetic covering and taxiways. “The mechanism of financing the implementation of the program approved by the State Agency of Infrastructure Projects of Ukraine allows starting the implementation of the project at once in line with Ukrainian legislation,” the enterprise said in an explanatory note to the financial plan of state-owned enterprise (SOE) Directorate for Construction of Odesa International Airport for 2019.
The financial assistance will be received from the SOE managed by the State Agency of Infrastructure Projects of Ukraine, which was authorized to act as the customer of the state targeted program on development of airports for the period until 2023. According to the explanatory note, the reviewed indicators are UAH 500 million for 2017, UAH 1.179 billion for 2018 and UAH 1.109 billion for 2019. The capital investment in the financial plan for 2019 is planned at UAH 874.25 million. Net profit expected in 2019 is UAH 83,000, and revenue – UAH 13.31 million.
As reported, the Cabinet of Ministers of Ukraine in July 2018 decided to send UAH 253 million to build a runway in the Odesa airport. 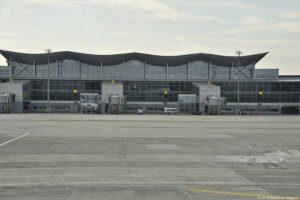 State-owned enterprise (SOE) Boryspil International Airport plans to start building a cargo terminal in 2019 even if no investor is found, Director Pavlo Riabikin said at the Global Outlook 2018 conference organized by the European Business Association (EBA) in Kyivy. According to him, the existing cargo infrastructure of the Boryspil airport was formed in the late 1960s – early 1970s and it was designed to handle about 40 tonnes of cargo per day. “Today we process 110-120 tonnes of cargo a day, which is very problematic with the existing infrastructure,” Riabikin said.
According to him, in the past four years there has been a lot of talk about attracting investors and creating an investment project for the construction of a cargo terminal at the airport, but due to the fact that the state has few mechanisms for attracting investors to infrastructure projects, this has not been realized.
“Next year, if the ministry [the Infrastructure Ministry] fails to attract an investor, we plan to build a new cargo terminal based on existing capacities, but we will implement it using own forces. To be honest, the volumes of investment that we need in coming years make the implementation of the cargo terminal very difficult,” the head of the enterprise said.
Riabikin said that the project for the construction of the cargo terminal is not a profile for the airport, since the company is oriented, first of all, to passenger transportation.
“I think we are able to implement it [the construction of the cargo terminal] during a year and a half. The only question is whether we have the funds or the opportunity to attract them,” Riabikin said. 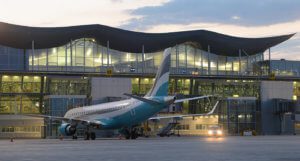 Kyiv Sikorsky International Airport in August 2018 handled 358,300 passengers, which was 54.9% up on August 2017, the airport has said on its website. The number of passengers serviced on international flights totaled 350,200 people and there were 8,100 people handled on domestic flights. The number of flights in August 2018 increased by 33.2% year-over-year, 3,258 (arrivals and departures), including 2,825 international flights and 433 domestic flights, it said.
The most popular international destinations in August 2018 were Sharm El Sheikh (Egypt), Warsaw (Poland), Minsk (Belarus), Antalya (Turkey), Ankara (Turkey), Tivat (Montenegro), Batumi (Georgia); popular domestic routes were Odesa, Zaporizhia, and Lviv.
From January to August 2018, Kyiv Sikorsky International Airport increased passenger traffic by 68.9% compared to the same period of 2017, to 1.857 million passengers, including 1.8 million passengers on international flights and 57,600 passengers on the domestic routes. The number of flights in January-August 2018 increased by 37.2%, to 20,092 (arrivals and departures), according to the airport. They included 17,007 international flights and 3,085 domestic flights.
The most popular international destinations in the eight months of 2018 were Minsk (Belarus), Dubai (the UAE), Ankara (Turkey), Sharm El Sheikh (Egypt), Rome (Italy), and such domestic routes as Odesa, Zaporizhia, and Lviv.
Kyiv Sikorsky International Airport is located in the business center of the capital, seven km from the city center. It is the second largest airport in Ukraine in terms of the number of flights and passenger traffic. The airport has three terminals with a total area is 21,000 square meters. Terminal B is separate facility for business-class service, it is part of the Fixed Base Operator (FBO) system. The airport’s runway is able to handle B-737 and A-320 aircraft. In Q1 2018, the airport serviced 442,000 passengers, which is 50.4% more than in Q1 2017. Some 423,900 passengers were handled on international routes and 18,100 people on domestic ones.