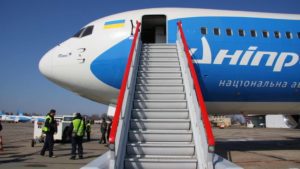 The Dnipro International Airport increased its passenger flow by 11.5%, to 187,800 people, in January-July 2019 compared with the same period in 2018, according to a posting on the company’s website. The airport serviced 38,400 passengers in July that is 24% more a year ago.
As reported, in June 2019 Cabinet of Ministers allocated UAH 200 million for the reconstruction of a new runway at the airport in Dnipro.
Infrastructure Ministry of Ukraine supported the allocation of UAH 1 billion from the 2019 national budget for the construction of a new runway at the Dnipro International Airport within the framework of a public-private partnership project under which a private investor would build a new terminal and put it into service in 2020.
Ukrainian businessman, owner of the DCH Group Oleksandr Yaroslavsky, who had earlier invested in the renovation of the Kharkiv International Airport, has announced his plans to modernize the international airport in Dnipro.
Dnipro Mayor Borys Filatov called on Ukrainian President Petro Poroshenko to influence the situation with the airport in Dnipro.
The Dnipro International Airport was founded in 1943. It became an independent enterprise in 2011. The airport is situated 5 kilometers southeast of the Dnipro. 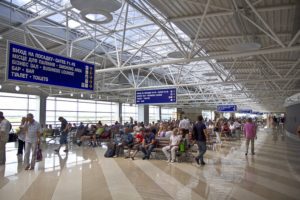 Boryspil International Airport (Kyiv) in the second quarter and June 2019 topped the rating of ACI Europe among airports for 10-25 million passengers.
Boryspil airport said on Facebook the leading result was provided by the positive dynamics of growth in passenger traffic of 23.7% and 27.6% respectively. At the same time, in the first half of the year Boryspil International Airport ranked second, following Berlin Airport.
ACI Europe monthly compiles a rating of airports by passenger traffic, analyzing data from more than 230 European airports.
Airports Council International (ACI) is the only worldwide professional association of airportoperators. It is divided into the following branches: ACI Europe, ACI Africa, ACI Asia, ACI Latin American/Caribbean, ACI North America, and ACI Pacific.
The goals of the ACI are to represent the interests of member airports of the organization, search for ways of their cooperation with airlines and other partners to create the conditions necessary for the successful functioning of the entire industry, to promote the interests of airport operators in regulatory bodies and legislative structures, as well as in circles that influence the formation of public opinion about airport business. 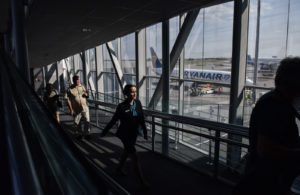 The Boryspil international airport (Kyiv) in January-July 2019 saw a 21.2% rise in passenger flow year-over-year, to 8.3 million people, the airport’s press service has told Interfax-Ukraine.
The number of transfer passengers, according to the airport, for the period amounted to 1.915 million, which is 2.4% higher than in the first seven months of 2018.
In January-July 2019, 7,740 people were serviced on domestic flights (arrivals and departures) (a rise of 3.3% over the same period in 2018), on international ones – 54,266 people (a rise of 15.7%).
At the same time, the airport did not provide information on the number of passengers serviced on international and domestic flights.
In July 2019, the passenger flow of the airport amounted to 1.625 million people, which is 26% more than in July 2018. The share of transfer passengers of the total passenger traffic was 8.7% down, to 355,600 people. 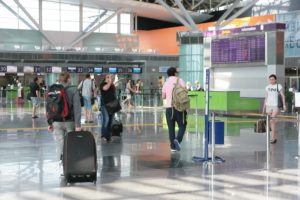 The head of Kherson Regional State Administration, Yuriy Husev, expects that Kherson International Airport will increase passenger traffic in 2019, in addition, work is underway to modernize its terminal.
“Kherson International Airport transported 150,000 passengers last year. We plan to increase passenger flow this year. On July 30 we resumed negotiations with Ryanair, which confirmed its willingness to fly from Kherson airport. Today, the airport operates regular flights to Istanbul, Kyiv. Scheduled flights to Egypt will be launched soon,” he said in an interview with Interfax-Ukraine.
Husev noted that there is a fruitful cooperation with the EBRD and the IFS developer of software for integrated corporate management, which help build a concept for the development of the airport.
“There is an understanding of what we need to do first. Kherson airport, the air gates of the south of Ukraine, should be developed,” he said.
The head of Kherson Regional State Administration also said that work is underway to modernize the airport terminal.
“There are certain ideas. We are working with the representatives of the regional council so that the necessary funds are provided for in the budget. We are also discussing the idea of a possible concession with the EBRD,” he said. 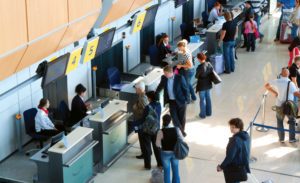 Passenger traffic at Kharkiv International Airport in January-July 2019 amounted to 683,300 people, which is 25% more than in the same period of 2018, the airport writes on its page in Facebook.
In July 2019, some 130,700 people used the airport’s services, which is 25% more than in July 2018.
The most popular destinations for this period were Antalya, Kyiv, Istanbul, Sharm el-Sheikh, and Warsaw.
As reported, passenger traffic at Kharkiv airport in 2018 was 962,500 people, which is 19% more than in 2017.
Kharkiv Airport has a runway with a length of 2,500 meters and a width of 50 meters. There are two passenger terminals with a capacity of 100 and 650 people per hour in its territory. 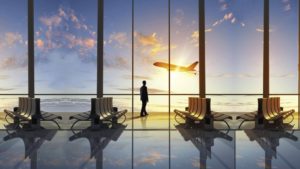 Zaporizhia International Airport in January-July 2019 served more than 280,000 passengers, which is 27% more than for the same period in 2018.
According to the statistics on the airport’s website, the number of passengers served on international flights for the seven months amounted to 214,000 people (an increase of 28%), on domestic flights some 68,000 people (an increase of 22%).
In July 2019, some 51,000 passengers used the services of the airport, which is 13% more than in July 2018. At the same time, more than 40,000 people were transported on international airlines and almost 11,000 on domestic flights.
“Over the past 11 years, since 2008, when they began to systematically collect statistical data, the largest number of passengers — almost 25,500 people — were carried through Zaporizhia airport for the second summer month … In the same month, the largest number of takeoffs was recorded – 356,” the airport said.