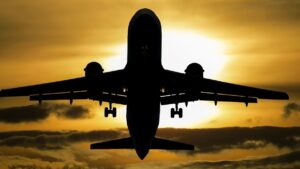 In June 2021, some 21,113 flights were performed in the airspace of Ukraine, which is 59.6% of the June volume of flights in the pre-crisis 2019, the press service of the State Air Traffic Service Enterprise (UkSATSE) said on Wednesday.
According to UkSATSE, the absolute value of the number of flights in May of this year increased, the dynamics can also be called positive – the indicators for May were less: 56.6% of the number of flights in the same period of 2019.
According to UkSATSE, the increase in the intensity of flights is due to the beginning of the tourist season, the gradual opening of the borders of foreign countries, the restoration of a number of international flights to Europe suspended due to the pandemic, and the entry of new air carriers into the Ukrainian aviation market.
“An important impetus for the revitalization of transit in the Ukrainian sky was also the revision of the rates for air navigation services over the Black Sea. New air navigation rates began to operate on June 1 of this year, at which the cost of a 100 km flight is EUR 25 instead of EUR 51.1. First of all, Ukrainian airlines revised their plans of flights in the southern and southeastern directions with Ukraine and resumed flights in the Simferopol flight information region,” the press service quoted head of UkSATSE Andriy Yarmak as saying.
He also said that UkSATSE is actively working to attract foreign carriers to operate flights in this part of the Ukrainian airspace.
Ukrainian airlines performed 8,953 flights in June 2021 (20% less compared to June 2019), foreign airlines performed 12,160 flights (49.8% less).

PRIME MINISTER OF SLOVAKIA: AGREEMENT ON USE OF SLOVAK AIRSPACE BY UZHGOROD AIRPORT WILL COME INTO EFFECT ON JUNE 5 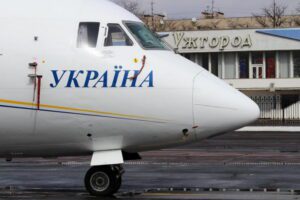 The bilateral agreement on the use of the Slovak airspace by the international airport Uzhgorod will be in effect from June 5, said Prime Minister of Slovakia Eduard Heger.
“There are still some technical measures and procedures to be put in place and you simply cannot make shortcuts. It is about safety and established mechanisms in the air transportation, not about politics. I was informed that all the process will be finished in September,” Heger said in an exclusive interview with Interfax-Ukraine. 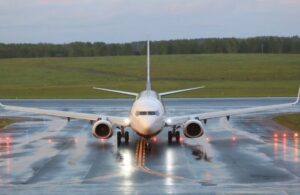 The Ukrainian government has banned aircraft registered in Belarus from using Ukraine’s airspace from midnight on May 29.
“The government has approved the official instruction of the Ministry of Infrastructure and the State Air Traffic Services Enterprise (UkSATSE) to ban aircraft registered in the Republic of Belarus from using the airspace of Ukraine from midnight on May 29,” a government source told Interfax-Ukraine. 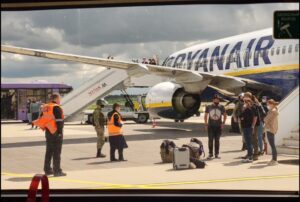 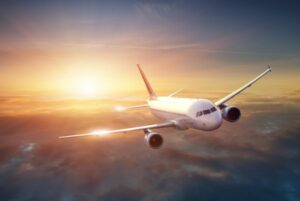 In connection with the situation in Belarus, Ukraine is ready to provide states and private companies with its airspace for reorganizing air routes, the press service of the Ministry of Infrastructure of Ukraine said, with reference to minister Oleksandr Kubrakov. “The events in Belarus have become an international precedent. Our priority is the safety of passengers and aviation. The primary task is the prompt organization of all events in strict accordance with international and national legislation. Ukraine is ready, on its part, to provide maximum support to states and private companies in the process of restructuring routes through our airspace,” Kubrakov said.
As reported, Ukraine stops air traffic with Belarus from May 26. The corresponding decision was made at a government meeting on May 25.
Earlier on Monday, Ukrainian President Volodymyr Zelensky instructed the Ukrainian government to prepare a decision on the termination of flights between Ukraine and Belarus in connection with the events that took place at Minsk airport on May 23. 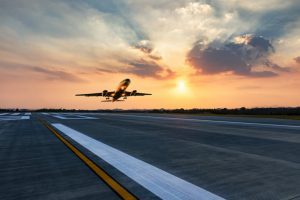