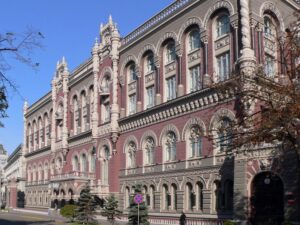 The result of a more coordinated work on the return of funds from failed banks may be an increase in the partial voluntary repayment of debts by former owners, First Deputy Governor of the National Bank of Ukraine Kateryna Rozhkova has said.
“What can happen and what we would like – perhaps the owners to some extent will be ready to voluntarily close debts,” she told Interfax-Ukraine, answering the question about the implementation of the paragraph of the Memorandum with the IMF on strengthening work on the return of assets of failed banks.
Rozhkova recalled that a working group was created at the government level, headed by the Prime Minister, which includes the governor of the National Bank and the head of the Deposit Guarantee Fund, which is engaged in boosting work on the return of assets.
“In fact, you don’t need to invent anything new, because PrivatBank has already passed a certain path: there are courts in Western jurisdictions, tools for how to do this – through courts in Ukraine or abroad,” the representative of the National Bank said.
Rozhkova said that all the documents that the NBU had, confirming certain abuses, were transferred to law enforcement agencies. According to her, the Deposit Guarantee Fund conducts due diligence with the involvement of audit companies to determine where and how assets were withdrawn for each of the banks, according to the schedule. Further, claims are being prepared, which should be transferred either to courts, or to law enforcement agencies here, or to other jurisdictions.
“I will also say an unpopular thing, but it is true: those banks that left the market have assets that they lost in Donetsk and Crimea [in the occupied territories]. And this was not a withdrawal of funds. There are assets that have ceased to be serviced when the hryvnia sharply devalued. Collaterals depreciated, loans increased. It cannot be said that the entire volume is the fault of shareholders. It is necessary to calculate, prove, divide, and where it is provable, move the traditional way,” Rozhkova said.
As reported, according to a memorandum with the IMF, by the end of December this year, the Prosecutor General’s Office is to publish a semi-annual report on the outcomes of criminal proceedings against former bank owners, managers and other related parties in each resolved bank since the beginning of 2014, with aggregate data on the number of persons investigated, tried, and convicted as well as the amount of fines and damage recovered.
The next benchmark in this area is the publication of a asset recovery strategy paper and an action plan for the return of assets of failed banks by the end of February 2022.

ZELENSKY SIGNS DECREE ON NEW SANCTIONS AGAINST 55 BANKS OF RUSSIA 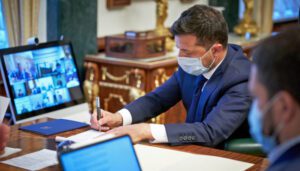 President of Ukraine Volodymyr Zelensky by decree No. 264 has put into effect the decision of the National Security and Defense Council (NSDC) of June 18 on the extension and introduction of new sanctions against 55 Russian banks, payment systems and the so-called “central banks” from ORDLO at the suggestion of the National Bank of Ukraine.
According to the document posted on the website of the head of state, this list still includes, in particular, Bank of Moscow, Gazprom Bank, Bank Rossiya, Bank VTB, State Corporation VEB.RF, Sberbank Russia, as well as payment systems MoneyTo, BLIZKO, ANELIK, Kolibri.
With regard to banks that have subsidiaries in Ukraine, the restriction is to prevent the withdrawal of capital from the country. 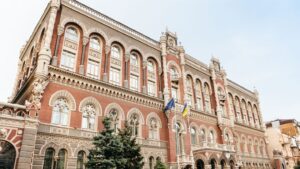 According to the regulator, the related party transactions exposure limit (H9, shall not exceed 25%) was violated by First Investment Bank (44.14%) and Unex Bank (27.23%).

The newly introduced net stable funding ratio (NSFR, shall be more than 80%) was violated by Prominvestbank (29.45%). 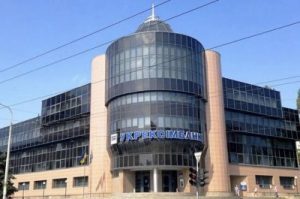 State-owned Ukreximbank (Kyiv) has issued UAH 1 billion in loans under the Affordable Loans 5-7-9% program since the start of the program, the bank’s press service said on Wednesday.

“Almost every second loan under the program is aimed at capital investments in expanding the existing business, as well as supporting promising start-ups,” the press service said, citing Head of department of medium business and municipalities Semen Puskai.

It is indicated that half of the total amount of funds under the program are anti-crisis loans at 0% to ensure financing of the working capital of enterprises.

The bank added that refinancing of previously received loans at a reduced interest rate is actively used to reduce the debt burden on business.

MTIBU PLACES 72% OF RESERVES ON HRYVNIA DEPOSITS IN STATE BANKS 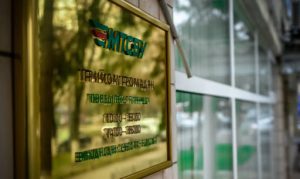