KYIVSKY CARDBOARD PAPER MILL PRODUCES GOODS WORTH UAH 5.16 BLN, WHICH IS 17.7% UP YEAR-OVER-YEAR 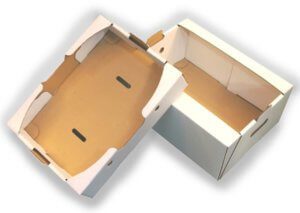 Kyivsky cardboard paper mill (Obukhiv, Kyiv region), a leader in Ukraine’s pulp and paper industry in terms of production and sales, produced goods worth UAH 5.16 billion in January-November 2018, which was 17.7% up year-over-year. Thus, production growth in January-November 2018 was retained compared to the same period last year, the UkrPapir association said. Corrugated packaging output grew by 8.8%, to 219.9 million square meters, which was the second highest result among producers of corrugated packaging in Ukraine after Rubizhne cardboard packaging mill in Luhansk region (with Trypilsky packaging plant).
Production of cardboard increased 2.9%, to 190,900 tonnes. Production of package cardboard alone grew by 11.4%, to 128,500 tonnes, while box cardboard output fell by 11%, to 62,400 tonnes.
Production of base paper (for sanitary products) stood at 73,500 tonnes, which is 6.4% up. Toilet paper output grew by 5.5%, to 393.8 million rolls.
Corrugated packaging output in total in Ukraine (including other producers) grew by 0.4% January through November 2018, to 879.1 million square meters, that of paper and cardboard increased by 4.3%, to 879,100 tonnes and toilet paper – by 7%, to 590.8 million rolls.
Kyivsky cardboard paper mill is one of the largest cardboard and paper producers in Europe. It employs almost 2,200 people. It sells produce to almost 700 companies in Ukraine, some CIS member states and the rest of the world. 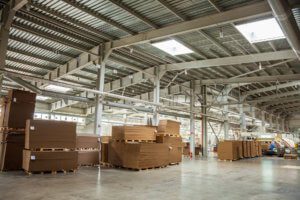 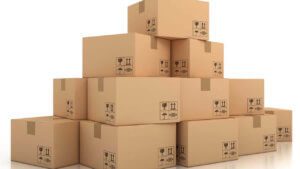