President of Ukraine Volodymyr Zelensky believes that Ukraine and Turkey could jointly do a lot in the field of aircraft construction and the creation of unmanned aircraft systems.
“As for the Antonov aircraft, we are certainly pleased with the interest in this enterprise. It is just as logical that in the field of aircraft construction, we can do a lot together with our Turkish friends,” he said in an interview with the Demirören Turkish news agency, answering a question whether there are new joint projects that the two countries plan to implement in the defense industry, and whether it is possible to start joint production of Turkish unmanned aircraft and the Antonov aircraft.
Zelensky said that Turkish unmanned aircraft have proven to be the best. “This is exactly the type of hardware that can completely change the situation on the battlefield. We are certainly interested in joint production. There is nothing special to explain, everything is simple. Turkey is showing serious success in this sector, and we purchase these products. Ukraine, in turn, produces engines for unmanned aircraft. Therefore, the launch of a joint venture is a natural move,” he said.
The president also said that these are far from all areas in which Ukraine can and expects to cooperate with Turkey in the context of the defense industry. “Engine building, development of air defense systems, joint production of a corvette-class ship. The potential for cooperation is huge,” Zelensky said.

Volume of construction products produced by type in Jan-July of 2020 (MLN UAH). 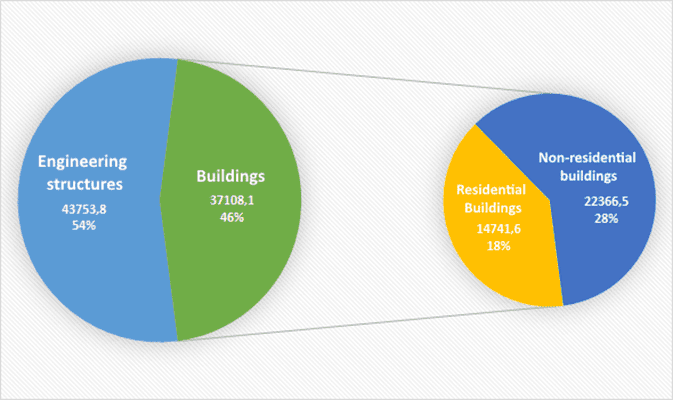 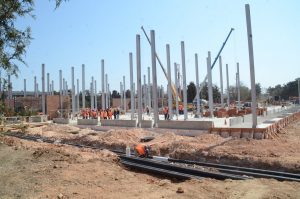 The construction of a multi-field hospital in Berehove will be finished in 2021, Ukrainian President Volodymyr Zelensky said during his working trip to Zakarpattia region.
“We were in Berehove as well. It was very important for us to invest, both politically and geopolitically. Next year we will finish the construction of the multi-field hospital in Berehove. We know that Hungarians are our neighbors, and we need to find mutual understanding, we must always find a dialogue. However, it is important for us that we are constructing hospitals there, next to our neighbors, we are investing in Ukraine, and not only, as they say, Hungary is thinking about Zakarpattia,” the president said at the press briefing in Zakarpattia region on Friday. 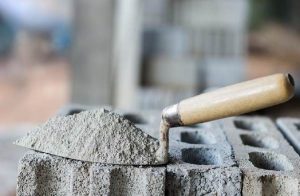 The Big Construction program and plans to increase the share of cement concrete roads in Ukraine give reason to hope for the growth of the cement industry, Director of the Ukrcement cement producers association Roman Skilsky has said.
“The main reason for optimism is the Big Construction program… This will mean a noticeable increase in demand for cement, which will allow domestic companies to increase the number of idle reserve capacities,” he said in an interview with Interfax-Ukraine.
Skilsky said that early August, the Shulgin State Road Research Institute, together with Ukrainian Automobile Roads Agency of Ukraine (Ukravtodor), presented a concept and program for the construction of cement concrete roads in Ukraine, which envisage an increase in the number of such roads from 1% to 5% in the next five years. According to him, the process of approval of these documents by the relevant central executive authorities is underway.
At the same time, he said that in the Czech Republic the share of such roads is 22%, and in Germany – 42%.
The head of Ukrcement also counts on the positive impact of the law on the supply of construction products in the market on the industry. The document was adopted by the Verkhovna Rada on September 2 within the framework of European integration, which implements the provisions of Regulation (EU) No 305/2011 of the Council of Europe regarding construction products. Skilsky said that the industry harmonized national and European standards three years ago, but was forced to wait for this law. The document also introduces new rules in the field of public market supervision, which will significantly complicate the falsification of cement products.
In addition, the head of the association pins hopes on the investigation of the import of Portland cement and clinker cement from Turkey to Ukraine, launched early September by the Interdepartmental Commission on International Trade. According to him, this import increased 9-fold in 2019 and 13-fold in January-August 2020 versus January-August 2019, and by the end of the year it may exceed 1 million tonnes.
The head of Ukrcement explained such an increase in imports by a sharp reduction in Turkey’s domestic market, a strong weakening of the lira against the backdrop of a strong hryvnia and simple maritime logistics, and added that the Turkish cement industry is ten times larger than the Ukrainian one.
“The market in Ukraine is not growing, it has been fluctuating between 9.2-9.5 million tonnes for the third year in a row, so this deformation means worsening conditions for Ukrainian producers, and these are four large industrial groups, two of which are international,” Skilsky said.
He said that Ukrainian producers will be able to easily replace this volume of imports, and the replacement of Portland cement and clinker imported from Russia, Belarus and Moldova after the introduction of anti-dumping duties on the import of Portland cement and clinker from these countries last year is evidence of this.
“The cement industry can increase production further, the capacity reserve is sufficient for at least 20% growth. The question is whether there is a market for such growth,” the head of Ukrcement said.
He said that at the beginning of 2020 there was hope for a 20% growth that the construction market showed in 2019. However, the pandemic has made negative adjustments, and in the first seven months of this year, the decline in construction was already 4.6%, including in the housing construction sector – by 22%, and there is only a slight increase in infrastructure construction, Skilsky said.
According to the State Statistics Service, the production of Portland cement in January-July 2020 in Ukraine increased 3.7%, to 5.04 million tonnes, and clinker grew by 1.5%, to 3.9 million tonnes, including in July 2020 compared with July 2019, the growth was 5.9% and 12.2%, respectively.

$40 MLN E-SPORTS ARENA TO BE BUILT IN UKRAINIAN CAPITAL 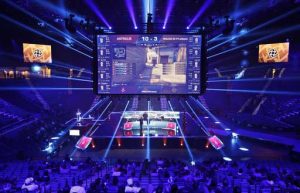 Investments in the construction of a multifunctional e-sports arena with a capacity of 10,000 people in Kyiv will amount to $40 million, the co-founder of the Ukrainian multi-gaming e-sports organization Natus Vincere (NAVI), the founder of the DreamTeam gaming platform, Oleksandr Kokhanovsky, has said.

“We plan to build a multifunctional e-sports arena for $40 million, which will accommodate 10,000 people. It will be located in the center of Kyiv. There will be not only e-sports, but also ordinary sports, concerts, events, exhibitions, conferences there. The country does not yet have such a platform,” he said at the Kyiv Investment Forum.

According to him, Dnipro hotel in conjunction with the e-sports arena will allow holding up to 16 major e-sports events in Kyiv and will provide about 100,000 tourists annually. In addition, revenues to the local budget from tourist tax alone will amount to about UAH 40 million per year, the businessman added.

“Our main idea is that when we have a hotel and an arena, it will become a unique competitive advantage in order to participate in tenders for computer games developers for holding events. We will be able to receive from eight to 16 top events per year,” he explained.

Earlier, Kokhanovsky announced plans to reconstruct Dnipro hotel in one and a half to two years, having invested about $20 million in the project. According to the founder of NAVI, Smartland LLC, as one of the project partners, will be responsible for the management of real estate. 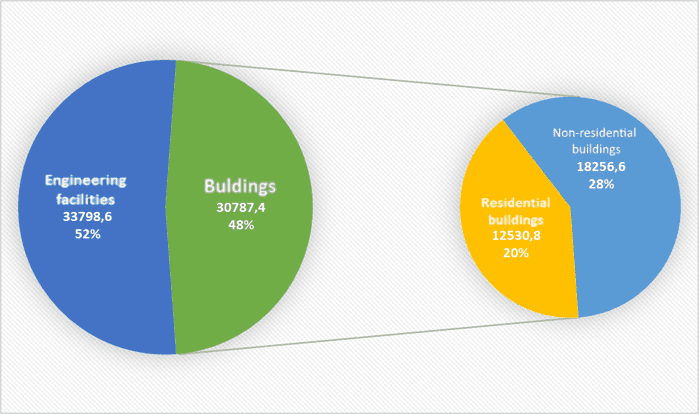