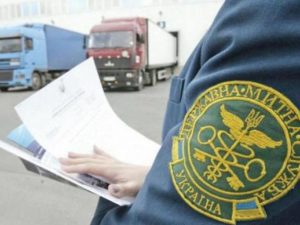 Dozens of officers of regional departments of the State Customs Service of Ukraine have been suspended from work, Ukrainian President Volodymyr Zelensky said during a video statement, following a meeting of the National Security and Defense Council (NSDC) on Friday.

“Dozens of customs officials have been suspended from work. And we are also preparing legislative changes, which will result in the criminalization of inaccurate customs declaration,” the president said.

He said the reason for such a decision is the losses incurred by the Ukrainian budget due to the ineffective work of customs.

“According to experts, losses due to smuggling reach UAH 300 billion, which the state budget lost. More than 100 billion of them [were lost] due to the ineffective work of customs,” the head of state said.

He said that Ukraine will continue to actively fight against smuggling, as it is “economic terrorism.” 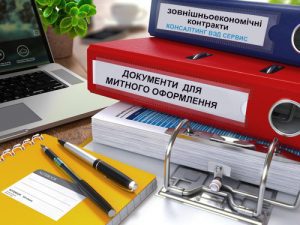 The new computerized transit system (NCTS) will enter the stage of national application from March 17 after four months of testing at four customs, the State Customs Service said.

“From March 17, traders can independently choose one of two systems for placing goods in transit mode: either NCTS, or the national system for controlling the delivery of goods,” the department said on the Telegram channel on Tuesday.

The State Customs Service explained that the first stage, a pilot project for the use of NCTS, has lasted since November. At this stage, only four customs offices worked with the joint transit system: Volynska, Kyivska, Pivnichna and Odeska. At the same time, the traders who took part in the experiment submitted two declarations at the same time: the transit “T1UA” and the usual “EE”.

Ukraine’s accession to the joint NCTS transit system makes it possible to speed up customs procedures when goods pass through the Ukrainian-European border in transit.

The association of international pharmaceutical manufacturers AIPM Ukraine has asked Ukrainian President Volodymyr Zelensky to organize a Green Route at customs checkpoints to speed up supplies of medicines in the conditions of panic of the population rushing to buy medicines over the spread of the coronavirus disease COVID-19.
“Manufacturers and importers of medicines, under the current conditions, are trying to meet the demand in full for the appropriate medicines,” the association said in a letter sent to the president.
AIPM Ukraine said that, according to information available from AIPM Ukraine member companies, queues at customs, in particular at the Yahodyn customs post, lead to a significant slowdown in the supply of necessary medicines.
“We ask you to contribute to solving this problem and ensure priority customs clearance of medicines by introducing an official” green corridor “for these categories of goods, as has already been done in the European Union in accordance with the recommendations of the European Commission,” AIPM Ukraine asked President Zelensky .
The association also pointed out the need to establish working interaction on this issue with the customs authorities of neighboring countries, such as Poland, to ensure a similar priority for the customs clearance of medicines at their customs posts to ensure imports to Ukraine.