DENMARK WILL PROVIDE UKRAINE WITH PRACTICAL ASSISTANCE IN RESTORATION 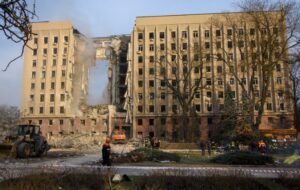 Denmark will soon provide practical reconstruction assistance to Ukraine, Danish Foreign Minister Jeppe Kofod said.
“We will partner and invest in the reconstruction of Ukraine. And I reaffirmed Denmark’s commitment to the restoration of Mykolaiv. We want to move on to more detailed information from Ukrainian partners. But as we speak, we have economic assistance, as well as practical assistance to Ukraine which is already on its way: it will help rebuild your country. Because we must do everything possible to show that such destruction should not happen and that we will overcome it as soon as possible,” Kofod said at a press conference with the Foreign Minister Affairs of Ukraine Dmitry Kuleba in Kyiv on Monday. 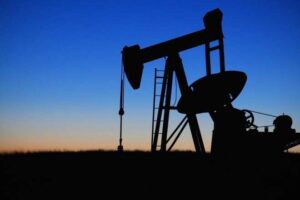 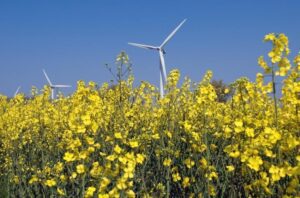 Denmark has become the first donor to the Energy Community’s Fund to rebuild war-torn energy infrastructure in Ukraine, Energy Minister Herman Haluschenko has said.
“Sincerely thanks to the first donor, Denmark, for responding to Ukraine’s call for urgent support to the energy sector in these difficult times of war,” Haluschenko was quoted as saying by the press service of the Ministry of Energy in a release on the website on Monday.
The amount of funds sent by Denmark was not specified in the message.
At the same time, the minister called on other countries and international partners to become donors to the Fund, noting that Ukrainian power engineers every day, despite enemy shelling, again and again resume electricity and gas supply.
Director of the Energy Community Secretariat Artur Lorkowski, for his part, assured that the corresponding funds would be sent to Ukraine as soon as possible.
“The Secretariat, together with the Ministry of Energy of Ukraine, will work quickly so that all contributions paid are directed to meet the most important needs of the Ukrainian energy sector,” Lorkowski said, cited by the press service of the Ministry of Energy.
As reported, in early April 2022, the Energy Community created a Fund to rebuild war-torn energy infrastructure in Ukraine, the donors of which should be mainly EU member states, as well as international companies and corporations.

Ukrainian Foreign Minister Dmytro Kuleba will pay a visit to the Kingdom of Denmark on January 26-27 at the invitation of his Danish counterpart Jeppe Kofod, the press service of the Ministry of Foreign Affairs of Ukraine reported on Tuesday.
“During the visit to Denmark, the head of the Ukrainian Foreign Ministry is scheduled to meet with Danish Prime Minister Mette Frederiksen, members of the Danish Parliament, representatives of business and public organizations. An audience of Minister Kuleba with Queen Margrethe II of Denmark is also provided,” the message says.
It clarifies that against the background of aggressive actions of the Russian Federation, the main issue of negotiations with the Danish side will be the security situation around Ukraine and Denmark’s partner participation in a comprehensive package of containment of Russia, which includes active diplomacy, tough economic sanctions and in-depth defense cooperation with Ukraine.
“The Ukrainian and Danish sides will agree on a number of priority issues of bilateral cooperation, in particular, in the field of cybersecurity, the development of the Ukrainian fleet, the implementation of joint projects in the fields of energy, agriculture, the transition to green energy and energy efficiency,” the Foreign Ministry stressed.
They add that attention will also be paid to issues of interaction within international organizations and priority areas of the Crimea Platform. 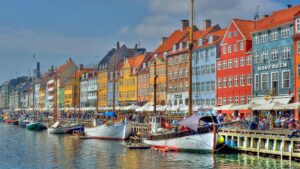 Commander of the Naval Forces of the Armed Forces of Ukraine Oleksiy Neizhpapa at a meeting in Odesa with Defense Attaché at the Danish Embassy in Ukraine Felix Ebbestad discussed issues of military cooperation, primarily the possibility of building ships with the support of Denmark.
As the Navy of the Armed Forces of Ukraine said this on Facebook on Monday, the meeting separately considered the main development priorities, which provide for external support and the possibility of transferring equipment to Ukrainian crews to carry out tasks to combat the damage of ships within the material and technical assistance.
Neizhpapa spoke about modern maritime threats, the main achievements in the reform and development of the national fleet, taking into account the standards of the North Atlantic Alliance.
According to the attaché, Denmark is sympathetic to the challenges and threats to Ukraine and is ready to develop relations with the aim of helping our country to maintain security not only in the Azov-Black Sea region, but in the world as a whole. 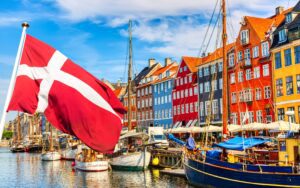 Denmark is lifting the entry restrictions previously imposed on Ukrainian citizens as part of countering the spread of COVID-19, Ukrainian Foreign Minister Dmytro Kuleba has said.
“Denmark opens for all types of travel of Ukrainians tomorrow, July 17, from 16:00. Visa-free travel, as in the good old days. Entry is possible with a fresh negative test and a test upon arrival. Country by country we are restoring the visa-free regime with the EU,” Kuleba wrote on his Twitter on Friday.