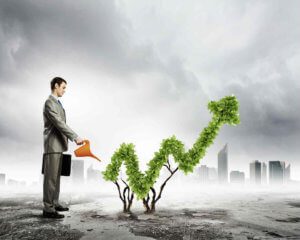 Myronivsky Hliboproduct (MHP) plans to invest over $250 million in 2018 in the launch of the second line at Vinnytsia poultry farm, a biogas complex in Vinnytsia and modernization of existing production facilitiles.
“Total investment this year would be over $250 million. Some $160-170 million will be sent to launch the second line of Vinnytsia poultry farm in a month and a half, near $20 million – to build the second biogas complex in Vinnytsia. The rest of the investment will be sent to modernize existing production facilities,” MHP CFO Viktoria Kapeliushna told Interfax-Ukraine.
According to her, now MHP is considering proposals for the purchase of new assets in several countries.
“The other day the Commercial Court of Rennes (France) decided to satisfy the proposal to buy French Doux – not ours, but of a consortium represented by the French manufacturer LDC and the company from Saudi Arabia Al-Munajem .It is not a matter of selling the company, but selling assets. We were in the process and we saw how things were going. We are still monitoring the European market, the Middle East market, but we are not yet ready to make statements. We are considering proposals in several countries,” the CFO said.
The board’s plans for appointment Roberto Banfi, who previously was in charge of the Middle East region in a large Brazilian company BRF, to the position of director in the middle of June are related to the interest of MHP in the markets of this region.
“The Middle East is interesting. We see growth potential in the markets of this region both for small carcasses, quarters and for processed products. The trade and distribution company has been operating in the UAE for over a year,” Kapeliushna said.
She said that in 2018, as for EBITDA the agroholding intends to reach the level of 2017, possibly 5% higher. As MHP expects, the driver will be the increase in production volume associated with the launch of the second line of the Vinnytsia poultry farm.
MHP is the largest poultry producer in Ukraine. It is also engaged in production of grains, sunflower oil, and meat.
The company supplies cooled halved carcasses of hens to the European market. They are processed there, including at its enterprises in the Netherlands and Slovakia. 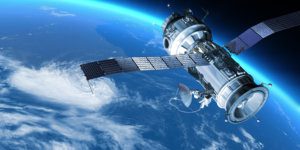 Ukraine will discuss development of strategic cooperation in the space sector with European partners at the ILA 2018 aerospace exhibition held in Berlin (Germany) on April 25 through April 29. The press service of the Economic Development and Trade Ministry, Deputy Economic Development and Trade Minister, Head of the interagency commission for defense industry at the National Security and Defense Council (NSDC) Yuriy Brovchenko, who heads the Ukrainian delegation to ILA 2018, will hold some meetings strategically important for the development of the Ukrainian aerospace sector with top managers of European agencies on the issues of partnership in the aerospace sector.
Brovchenko is to meet with top officials of the Economy Ministry, Defense Ministry of Germany, German Aerospace Center (DLR), French Centre national d’études spatiales (CNES) and the European Space Agency (ESA). ILA Berlin Air Show is a large exhibition in Europe. Leading Ukrainian enterprises of the aerospace sector – Pivdenne Design Bureau, Pivdenmash and Antonov State Enterprise (part of the Ukroboronprom State Concern) are among Ukrainian participants of ILA 2018.
Potential European partners-visitors to the Ukrainian stand at ILA 2018 are able to study themselves, among other things, the Cyclone-4M, Zenit-3SL, Mayak-33-4H promising Ukrainian launch vehicles (LV) and the Sich-2M spacecraft.