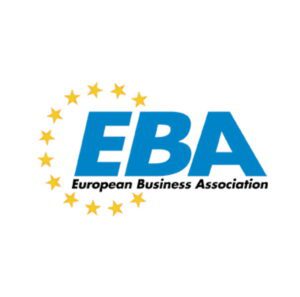 Ukrposhta has started paying pensions for April in all regions of Ukraine, including the difficult areas of Luhansk, Kherson, Chernihiv, Sumy and other regions, the company’s press service said on Wednesday.

The national postal operator notes that all clients served by Ukrposhta receive pension and payments specifically and in cash.

“If a person has changed their place of residence, the company has a mechanism for redirecting payments to any available branch. To do this, you need to contact the contact center of Ukrposhta or the Pension Fund and indicate the data of the new location. If a pensioner who previously received a pension from a bank does not yet have access to a bank branch, he can apply to the Pension Fund of Ukraine to receive a pension at the nearest branch of Ukrposhta or submit an application through the postman or at any post office,” the report says.

According to Ukrposhta, in March, the company delivered 85% (UAH 8.9 billion) of pensions in cash to cities and villages across Ukraine, where it was safe. 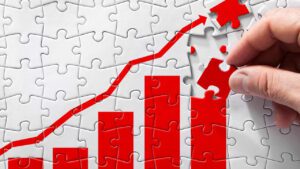 The vast majority, namely 83% of members of the European Business Association (EBA), forecast growth of their business in 2022, while a year ago 60% members said this, according to Business Forecast 2022 conducted by the European Business Association together with Nestlé Ukraine.
“In 2022, the vast majority, namely 83% of the respondents, forecast growth of their business, 15% of the directors assume it will be possible to sustain their business performance at the level of 2021, and only 2% expect some deterioration in their business situation (14% last year),” the EBA said.
According to the press release, the companies have significantly improved the financial forecasts for next year. Most entrepreneurs, namely 67%, forecast income growth by 10-20% – in hryvnia. This figure returned to the level of 2020 after a significant decline in the past.
Thus, 36% of directors expect revenue growth of up to 10% in volume terms, and almost half (49%) expect a 10-20% growth, the EBA said.
All respondents to this year’s survey note their plans to increase the salaries of their employees in 2022. Most managers, namely 55%, plan to increase salaries by 5-10%. Other 30% will increase salaries by 10-20%. It should be mentioned that last year 15% of the companies were not able to increase staff salaries.
The companies are enthusiastic about the plans to create new jobs. Thus, last year 60% of companies did not plan any changes in their staff, while this year their number is only 36%. The majority, namely 58% of the top managers, plan to expand their staff. And only 6% of the companies will be forced to reduce staff.
One-third of the entrepreneurs, namely 32%, plan to implement new investment projects next year with a budget from $20,000 to $400 million. Moreover, we are pleased to note that almost half of the respondents (49%) plan to invest in social initiatives aimed at supporting Ukrainian society next year.
“Such optimistic forecasts of the directors are certainly very uplifting. Maybe, for the first time since the pandemic broke, we can talk about a significant improvement in the assessments and sentiments of the top managers regarding their own business plans,” EBA Executive Director Anna Derevyanko said.
The CEOs also identified the top three tasks from business to the government for next year. It’s been the second year in a row that the first need mentioned is the need for judicial reform and the rule of law, the second is the fight against corruption, and the third is the need to ensure political stability and effective management in the country. Also, this year, the directors highlighted the importance of further reforming the tax and customs sectors.
Altogether, 95 CEOs of the EBA member companies took part in the Business forecast 2022 study, conducted in September 2021. 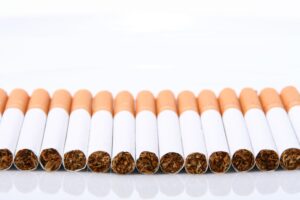 The adoption of a bill on public health protection from tobacco exposure alone with earlier rejected and repeatedly submitted proposals for the second reading, such as a ban on the display of tobacco products at sales outlets, would increase counterfeiting, the European Business Association (EBA) has said on its website.
The association said that on July 13, 2021, at the sitting of the Verkhovna Rada Committee, it was unanimously decided to recommend the wording of bill No. 4358 on amendments to certain laws of Ukraine on public health protection from tobacco exposure of November 10, 2020, for adoption at the first and final reading by Verkhovna Rada. The EBA has repeatedly submitted proposals for bill No. 4358 and the comments were partially taken into account.
“According to the information received in the working order, some MPs-initiators of the amendments to bill No. 4358, which had been rejected by the Verkhovna Rada Committee, announced their intention to initiate discussion of such amendments during the voting of bill No. 4358 in the second reading,” the association said.
These include amendments on banning the display of tobacco products at sales outlets, as well as amendments on introducing a standardized pack for cigarettes.
“Business urges MPs to implement the requirements of Directive 2014/40/EU of the European Parliament and of the Council of 3 April 2014 without excessive regulatory burden,” the EBA said.

EBA AGAINST BILL ALLOWING SALE OF ALCOHOL, TOBACCO PRODUCTS ONLY IN SPECIALIZED STORES 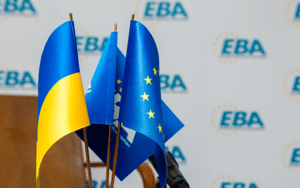 Attempts by the authorities to limit the list of places for the sale of alcohol and tobacco products, contained in bill No. 5805, registered on July 19 by MP Heorhiy Mazurashu (Servant of the People faction), will lead to an increase in the price of these products, and create additional financial burden for business, therefore it should be rejected, the European Business Association (EBA) said on its website on Friday.
According to the explanatory note to the document, the bill proposes to limit the sale of beer (except non-alcohol), alcohol, low-alcohol beverages, table wines, tobacco products, electronic cigarettes, liquids used in electronic cigarettes, devices for consuming tobacco products without heating them only to specialized fixed outlets (shops) where no other goods are sold than those listed above.
The association noted that this legislative initiative will require capital investments from businesses to equip separate sales outlets, which will lead to an increase in the price of legal products and an increase in the price gap between counterfeit and legal goods.
In this regard, the EBA appealed to parliamentarians with a request not to support such amendments and to reject bill No. 5805 during consideration.
“The number of official sales outlets may significantly decrease, or even disappear altogether, and thus encourage the consumption of counterfeit products. Questions are also raised about the timing of the proposed amendments. It is envisaged that the law will enter into force on the next day after its publication. Since it is physically impossible to create a place of trade in one day, this will stop the sale of alcohol and tobacco products in Ukraine for a long time,” the association said.
The EBA also notes that the proposed amendments may limit competition between business entities in the Ukrainian market. According to it, in most EU countries, there is no such experience of restricting trade in alcohol and tobacco products. In addition, there are no separate rules for regulating the sale of alcohol and tobacco products in public catering establishments.
“The bill does not take into account an assessment of financial and economic consequences of the introduction of such amendments for business and the state, for example, budget losses from a decrease in the number of licenses for retail trade in tobacco and alcohol products,” Svitlana Mykhailovska, the EBA Deputy Director for Advocacy, said.
According to her, the EBA shares the desire of the MP to minimize the impact of binge drinking and smoking on the nation’s health, but the proposed method is selective and inconsistent. In addition, the association did not see in the context of bill No. 5805 an analysis of law enforcement practice and statistical data, which would indicate the ineffectiveness and insufficiency of existing restrictions and bans on the sale of alcohol beverages and tobacco products. 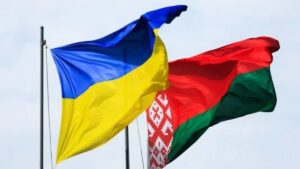 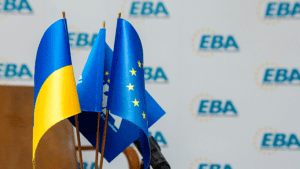 The European Business Association (EBA) supports the idea of a systematic fight against smuggling and solving problems at customs, but considers a useful tool for this to be a reduction of the demand for illegally imported goods in the domestic market due to fiscalization and increased fines for the non-issuance of fiscal checks, as well as the mechanism of cashback, the association said in a release on Wednesday.
“A useful tool for solving this problem may be to reduce the demand for illegally imported goods in the domestic market of Ukraine. This can be achieved by strengthening control over the use of cash registers and gradually expanding the scope of mandatory use of payment transactions recorders,” Senior Manager of EBA Consumer Electronics Committee Viktoria Kulykova said.
According to her, the European Business Association has already asked the President to pay special attention to this issue, in particular – to prevent the weakening of reform and strengthen control and punishment for violations of legislation in this area.
According to the association, in the absence of fiscal checks and effective control over their issuance, unscrupulous entrepreneurs begin to evade the necessarytaxes and customs duties.
“Therefore, there is an urgent need to create transparent, equal, and civilized conditions for doing business, including the introduction of European practices for the fiscalization of payment transactions,” the association said.
However, the EBA representatives are convinced that the situation can be further improved: in particular, by increasing the fines for non-issuance of fiscal checks and introducing a mechanism to motivate customers to verify the authenticity of fiscal checks, the so-called cashback.
According to the EBA Consumer Electronics Committee, the volume of illegal imports of certain product categories amounts to 50-70%. To understand the scale of the problem, the Ukrainian budget loses about UAH 33-35 billion annually because of smuggling (UAH 11-14 billion from illegal petroleum products, UAH 7 billion from machinery, UAH 12 billion from alcohol, and about UAH 7 billion from medicines).