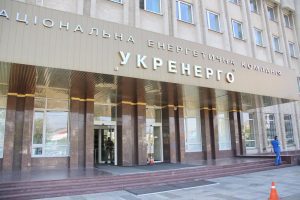 The European Bank for Reconstruction and Development (EBRD), together with Ukrenergo, is developing a project of building a 200 MW energy storage system to regulate frequency in the energy system, Olga Yeriomina, the EBRD senior banker for power and energy projects, said.
“The EBRD, together with Ukrenergo, is really working on a project to build an energy storage facility that would not need a feed-in tariff and that could solve the issue of regulatory capacities and reduce the price of electricity in the market. We are considering the possibility of financing a 200 MW construction,” she said at an online meeting at the Energy Club.
She clarified that the matter concerns a project, which is to be financed through an EBRD loan under state guarantees.
“With regard to regulation, Ukrenergo is obliged to provide system services, and these 200 MW will not participate in trading in the market, this will be a system service. An increase in the current tariff of the operator will not be required,” she added.
At the same time, she noted the growing need of the Ukrainian energy system for balancing capacities, which causes the need for the fastest government decisions in this direction.
“We see the situation with the shutdown of nuclear power plants. It’s hard for us now to figure out where the technical necessity is, where repairs are needed, and where administrative intervention is. But the faster the Ukrainian government structures would support our project idea, the faster the issue of flexible generating capacities would be resolved. There are a lot of distortions in the market, and we need to make up for time, take quick and decisive steps,” the banker said. 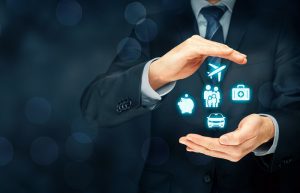 As of the second quarter of 2019, the largest investors in Ukrainian equity securities were the European Bank for Reconstruction and Development (EBRD, the United Kingdom) with $109.6 million, Norges Bank Investment Management (NBIM), the Norwegian central bank, with $83.5 million and Cascade Investment of former MP Vitaliy Khomutynnik with $69.7 million, which invested only in Ukraine among EBRD regions of operation.
According to the March 2020 report Investor Base of Securities Markets in EBRD Regions made in collaboration with HIS Markit and released on the EBRD’s website, Kairos Investment Management (Great Britain) with $57.2 million and Kairos Partners (Italy) with $53 million also entered the top five major investors in Ukrainian securities by the middle of 2019.
The bank said that in general, in the region of Eastern Europe and the Caucasus (EEC) EBRD invested $2.05 billion in securities, NBIM invested $7.27 billion, Kairos Investment Management and Kairos Partners invested $365.5 million and $130.8 million, respectively, while Cascade Investment in the region invests only in Ukrainian companies.
The leading investors in Ukraine were also PTE PZU (Poland) with $49.4 million ($4.71 billion in EBRD regions), Kopernik Global Investors (the United States) with $39.9 million ($440.1 million), Aviva Santander (Poland) with $38.5 million ($6.16 billion), Templeton Asset Management Singapore (Singapore) with $35.2 million ($356.6 million) and Alfred Berg Asset Management (Sweden) with $31.1 million ($1.93 billion), according to the report.
“Ukraine’s top shareholders were all low- and medium-turnover investors, with just $19.4 million invested by high-and very-high turnover firms. Ukraine boasted the highest percentage of low-turnover firms in the EEC region, apart from Armenia and Belarus, which each had just one disclosed holder,” the bank said in the document.
In general, according to the report, investment in equity securities of Ukrainian companies for five years increased by 22.8% and for two years by 10.1%, to $938.3 million, although their number decreased from 126 to 123. Total capitalization of Ukrainian companies was estimated at $4.3 billion.
According to it, strategic investments in Ukraine in the second quarter of 2019 slightly outbalanced institutional ones, for 41.5% compared to 36.7%, respectively.
Passive investments remain extremely insignificant with amount of $32.4 million, having decreased by $2.5 million over two years, while active investments have grown by 10.8% during that period.
In the total volume of investments in the government, the share of European investors was 74.1%, North African was 20.9%. In addition, Asia accounted for 5% of institutional investments, most of which belonged to Templeton Asset Management.
“In Ukraine, we would invest mainly through Poland and London, where the biggest companies are listed. I would rate the ease of trading in Ukraine a 3. The ease of trading in Slovenia is a 3. The company we are invested in there is listed in London. The ease of trading in Turkey is a 4 and Cyprus also a 4. The market in Poland is very easy to access, I would rate ease of trading a 5,” a representative of the European Mutual Fund (assets under management are more than $50 billion) said in the report.
According to a representative of the North American mutual fund with assets under management of more than $10 billion, the company is optimistic towards Ukraine, due to the political events taking place in it.
“We like to look for countries that are reforming and moving towards freer, more liberal economic policy making… Ukraine is one country where we are spending a lot of time given the political changes there,” the investor said in the report. 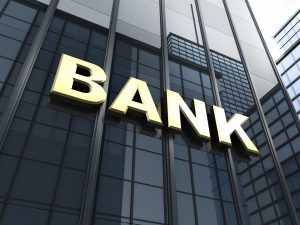 The European Bank for Reconstruction and Development (EBRD), under the Green Cities project, intends to provide Spetskomuntrans Communal Enterprise with a loan of EUR 28.5 million to finance the project for the rehabilitation and modernization of solid waste infrastructure in the city of Khmelnytsky, valued at EUR 36.5 million
According to information on the bank’s website, the decision on the project can be made on July 8, 2020. Now the project is under consideration.
The loan split into several tranches co-financed by up to EUR 5 million investment grant from the EU Neighborhood Investment Platform and up to EUR 3 million local contribution.
The project includes two phases. The phase I of the Project will address the city’s urgent investment needs with respect to the rehabilitation of the existing landfill, the construction of a new engineered sanitary landfill in compliance with the EU standards adjacent to the old one, the acquisition of new landfill equipment to ensure sustainable operation of the new landfill and improvements of the solid waste collection and transportation systems, co-financed from the city budget.
The phase II of the project includes the construction of a new material recovery facility for non-organic waste and a separate composting facility for pre-sorted organic waste. The EBRD said that this will reduce the share of solid waste going to the landfill.
Spetskomuntrans Communal Enterprise is responsible for the collection, treatment and disposal of municipal solid waste in Khmelnytsky. The company has contracts with more than 92,000 households and almost 3,000 commercial and public organizations for waste removal and disposal. The company is also an operator of the existing landfill located in the territory of the city. 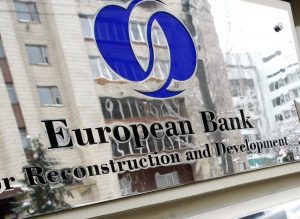 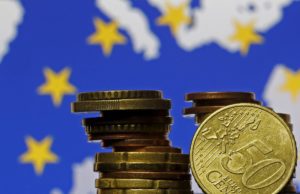 President of Ukraine Volodymyr Zelensky has emphasized that the International Monetary Fund (IMF), the World Bank, the European Bank for Reconstruction and Development (EBRD) and other financial organizations were ready to help Ukraine amid the coronavirus pandemic. “Yesterday I had a conversation with IMF Managing Director Kristalina Georgieva. Our international financial partners, including the IMF, the World Bank, the EBRD assured us of their readiness to support and help Ukraine,” he said in an appeal to Ukrainians on Monday, March 23. 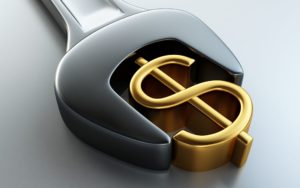 The European Bank for Reconstruction and Development (EBRD), as part of the Green Cities program, intends to provide Kyivteploenergo with a loan of EUR 140 million for the modernization of the central heating infrastructure, according to information on the bank’s website.
The project, the approval of which is scheduled for May 27, will be aimed at ensuring the sustainable and efficient operation of Kyiv combined heat and power plants (CHPP) and boiler houses, improving the reliability and quality of heat supply and hot water supply.
As reported, last year, Kyivteploenergo announced its intention to attract a EBRD loan in the amount of EUR 140 million with a three-year grace period to modernize the municipal heating system. At that time, three main areas of the project were reported: closing 45 small boiler houses (out of 200 boiler houses the company has), replacing a condensing heat exchanger at the small block of CHPP-5, and installing new generating capacities at CHPP-6.
The EBRD is the largest international financial investor in Ukraine. Since the beginning of its activity in the country in 1993, the bank has financed 445 projects for a total amount of almost EUR 14.6 billion.