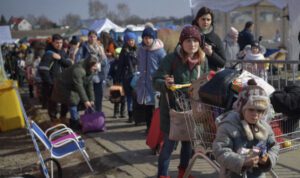 The number of refugees from Ukraine registered for temporary protection or similar national protection schemes in Europe stood at 2.93 million as of the end of May 2022, the Office of the United Nations High Commissioner for Refugees (UNHCR) said in its site.
According to his data collected from national governments, Poland has the most refugees with this status – 1 million 142.96 thousand, while 3.792 million people arrived in the country from Ukraine, according to the Polish border service, from the beginning of the war to June 2 , and in the opposite direction departed to Ukraine 1.795 million.
Following are the Czech Republic and Germany, where the number of refugees registered for temporary protection from Ukraine amounted to 361.42 thousand and 329.34 thousand, respectively.
The UN, referring to government data, indicates that in total in Germany, where Ukrainians are allowed to stay without registration until the end of August, 780,000 refugees from Ukraine were recorded. So, based on the data presented, less than half of them applied for temporary protection status in this country.
In the Czech Republic, the situation, according to UN information, is different: almost all arrivals applied for protection status – 361.42 thousand out of 361.56 thousand.
In the vast majority of other countries, the picture is similar to the Czech Republic: the statistics of registered refugees is completely or almost equal to the statistics of those who applied for protection status, which is probably due to the peculiarity of their registration. An exception, similar to Germany, is only Romania – 33.22 thousand with the status of 84.47 thousand refugees registered in the country, Estonia – 25.69 thousand out of 39.8 thousand and Italy – 97.31 thousand out of 125 .91 thousand
In addition to Poland, the Czech Republic, Germany and Italy, more than 50 thousand refugees from Ukraine have also registered for temporary protection status in Spain – 109.47 thousand, Slovakia – 78.57 thousand (out of 270 thousand net inflows across the border since the beginning of the war) , Austria – 68.75 thousand, the Netherlands – 60.02 thousand, Lithuania – 53.89 thousand and Switzerland – 50.1 thousand.
Following are Belgium – 44.65 thousand, France – 43.3 thousand, Portugal – 39.79 thousand, Sweden – 38 thousand, Great Britain – 37.4 thousand, Ireland – 32.42 thousand and Denmark – 27.21 thousand, as well as the above-mentioned Romania and Estonia.
From 10 to 25 thousand refugees from Ukraine with the status of temporary protection in Finland – 24.46 thousand, Latvia – 23.38 thousand, Hungary – 23.35 thousand, Norway – 16.71 thousand, Greece – 13, 4 thousand, Croatia – 13.37 thousand and Cyprus – 11.98 thousand.
In addition, in the UN statistics on those who received the status of temporary protection, Ukrainian refugees are represented in Slovenia – 6.94 thousand, Luxembourg – 5.4 thousand, Montenegro – 2.53 thousand, Iceland – 1 thousand, in Malta – 0.92 thousand, in Serbia and Kosovo – 0.62 thousand and Liechtenstein – 0.19 thousand.
In addition, the table contains data from Bulgaria, possibly entered with an error: according to them, 78.71 thousand refugees from Ukraine were recorded there, but 110.62 thousand received protection status.
The UN also indicated the countries in which refugees from Ukraine were recorded, but there is no data on their obtaining status: Moldova – 87.72 thousand, Turkey – 85 thousand, Georgia – 19.69 thousand, Azerbaijan – 5.06 thousand. , Albania – 1.34 thousand, North Macedonia – 1.13 thousand, Bosnia and Herzegovina – 0.36 thousand and Armenia – 0.3 thousand.
Separately, it is worth mentioning Russia and Belarus, the Ukrainian border with which was crossed by 1 million 41.1 thousand and 16.65 thousand people, respectively. The UN information indicates that in the Russian Federation all those who crossed the border were recorded, while in Belarus – less than half. There is no data on any status of these people, as well as data on crossing the border of Ukraine in the opposite direction.
In total, according to the UN, 6.98 million people have left Ukraine since the beginning of the war, while, according to the State Border Service of Ukraine, about 2.5 million have returned. According to this information, the net outflow since the beginning of the war can be estimated at about 4.5 million people, including to Russia – more than 1 million people. 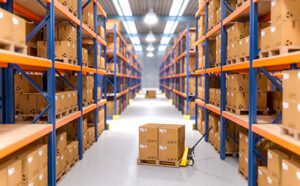 Nissan Motor Ukraine, a subsidiary of the Japanese corporation Nissan Motor, has resumed deliveries of spare parts, motor oils and accessories to Ukraine from European warehouses, the company said in a press release.
“At the beginning of the resumption of operations of Nissan Motor Ukraine, the dealer network worked with spare parts that were delivered to Ukraine before February 24. But the high demand for maintenance and the efficient work of the Ukrainian representative office with the European head office of Nissan made it possible to arrange the supply of spare parts, motor oils, consumables and accessories in a much larger volume.
As reported, in April, Nissan Motor Ukraine resumed sales and maintenance of Nissan cars in the official dealer network.
The press service of the company also said that all recommended retail prices in the dealer network for spare parts, oils and consumables are fixed at the rate of UAH 33/EUR 1, deliveries of original accessories at fixed prices have begun.
“Nissan’s dealer network in Ukraine operates in almost all regions where there are dealers, even in Kharkiv, where until recently there were battles. The exceptions are Mykolaiv, Kherson, Kramatorsk and Mariupol,” the press service said.
In addition, for customers who have traveled abroad with their Nissan car, the pan-European warranty continues to be valid. 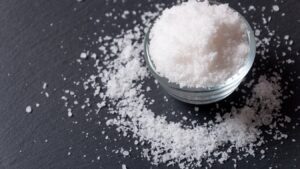 Retailer Auchan Ukraine started importing salt from Poland, Romania and Hungary back in March to cover a possible shortage of State Enterprise Artyomsol (Soledar, Donetsk region), located in the war zone with Russian occupiers.
The trade network has already established salt imports in April, and Ukrainians do not have to worry about the summer season of canning vegetables, the company’s press service said in response to an inquiry from Interfax-Ukraine on Thursday.
“There is European-made salt on the shelves of Auchan, which costs around UAH 25-30. We plan to sell salt of the following categories: extra, iodized, and even rock salt. The main reason for the shortage of salt is excessive demand. Employees of Auchan hypermarkets literally do not have time exhibit it, and sometimes a stock of two or three weeks is sold in a day,” the press service of the company specified.
According to her, the import of salt from Europe has been established, only within a week the retailer will receive 150 tons of salt, including 50 tons in the coming days.
“The main goal of Auchan in Ukraine is to continue to purchase products from local manufacturers. But since at the moment not all enterprises are working, respectively, not all the needs of the population are covered, the company is ready to cover critical consumption goods by attracting Auchan Poland, Auchan Hungary “and Auchan Romania. As soon as Ukrainian enterprises resume work, Auchan will again give priority to local producers,” the company’s press service summed up.
Auchan Retail is an international retail company, the first store opened in France in 1961.
Auchan Ukraine Hypermarket LLC has been operating in Ukraine since 2008. According to the Auchan website, before the Russian invasion, it had more than 30 stores of various formats (hypermarkets, supermarkets, pick up points) in nine cities, and is also developing e-commerce.

PRESIDENT OF UKRAINE: GOVT SHOULD SPEED UP TRANSPORTATION OF FUEL FROM EUROPE TO UKRAINE 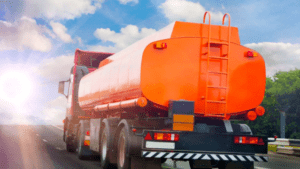 President of Ukraine Volodymyr Zelensky has said that the government should speed up the transportation of fuel from European ports to Ukrainian consumers.
“The key task for government members is to speed up the transportation of fuel from European ports to our consumers. The volume of such transportation should increase daily,” Zelensky said in a traditional video message on Saturday.
He said that at present, everything is being done to ensure that the state fulfills all social obligations, despite the budget deficit due to the destruction of the Ukrainian economy by the Russian army.
At a meeting with members of the government on Saturday, Zelensky recalled that the issue of fuel shortage was raised last week. “At the beginning of last week, we agreed that we would resolve the issue this week. The week is ending,” Zelensky said.
In turn, First Deputy Prime Minister, Minister of Economy Yulia Svyrydenko called the main problem – the logistics of receiving fuel for Ukraine in Eastern European ports.
“If you look at imports, over the past five days we have been importing exactly the same amount, even a little more, than we consume. Europe was simply not ready: not even in terms of resources, but in terms of logistics. We have a bottleneck – these are ports, European ports,” she said.
“We have Gdansk, Gdynia, Swinoujscie, Constanta, Burgas – there is a traffic jam. We asked [Foreign Minister] Dmytro Kuleba to get involved already at the international level – to ask for a green corridor for Ukraine in these ports,” Svyrydenko added. 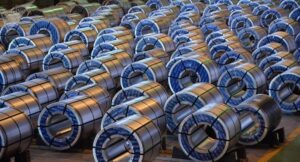 Prime Minister Denys Shmyhal says the European Commission has proposed suspending all import duties on all Ukrainian exports to the European Union for a year.
“Today, the European Commission proposed to suspend for a year all import duties on all Ukrainian exports to the European Union. This is an unprecedented gesture of support for our country. The EU has never taken such massive trade liberalization measures in any country before. This opens up additional opportunities for our business, and our products become more competitive in the European market. We negotiated the abolition of duties with our European colleagues, and we are grateful that they heard us and supported Ukraine,” Shmyhal wrote on the Telegram channel.
Shmygal also said that the government has agreements and is negotiating with Poland, Romania, Lithuania, Germany and other countries to allow Ukrainian exports through the ports of these countries.
“We are working further so that, in addition to the EU countries and the UK, our other allies will also take the decision to abolish duties on Ukrainian products,” he wrote.

The operator of the GTS of Ukraine (OGTSU) reports on gross interference by representatives of Russia and illegal armed groups controlled by them, the so-called. “LNR” in the operational work and technological processes of gas transportation through the compressor station (CS) “Novopskov” in the Luhansk region.
“The Novopskov CS is an important facility for organizing gas transportation to consumers in the Donetsk and Luhansk regions. Almost a third of the transit to Europe from the Sokhranivka gas measuring station (GIS) also passes through this station,” the OGTSU said on Friday.
According to it, a number of actions by the occupiers were recorded, providing for changes in the operation of communication equipment and technological modes, which in fact could lead to the loss of operational control over the CS equipment.
“This will lead to significant risks to the integrity of the gas transmission system, the stability of gas transportation regimes, and as a result, the impossibility of transporting gas through the CS, in particular, under a transit contract,” the GTS Operator of Ukraine explained.
The Ukrainian company called on the representatives of the aggressor to refrain from further pressure on its employees and interference in the work of the Constitutional Court.
“Otherwise, in case of loss of operational control, the OGTSU will be forced to stop the operation of this facility in order to maintain the integrity and safe operation of the GTS. Stopping the Novopskov CS means stopping transit through the Sokhranovka GIS. Responsibility for the consequences lies with the Russian Federation,” – emphasized in the message.
On April 6, OGTSU Director General Sergey Makogon said that since the beginning of the war unleashed by Russia, three main gas pipelines have been damaged, four compressor stations have been seized by the invaders, two gas distribution stations (GDS) have been destroyed, and another 48 GDS have been stopped.