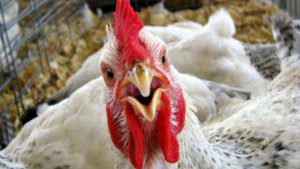 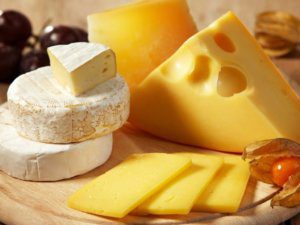 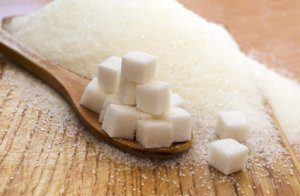 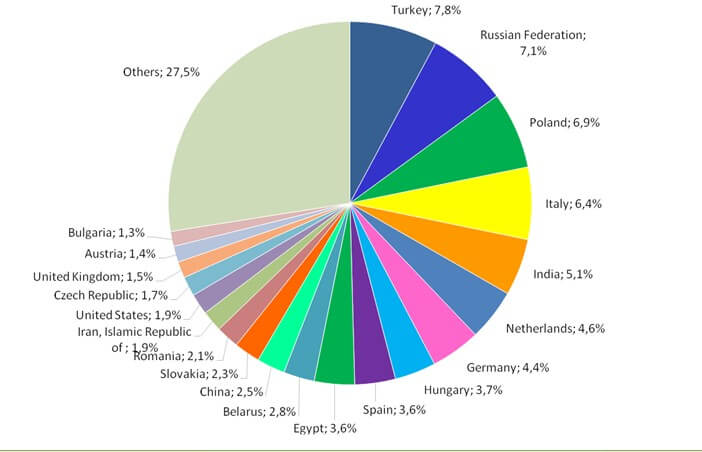 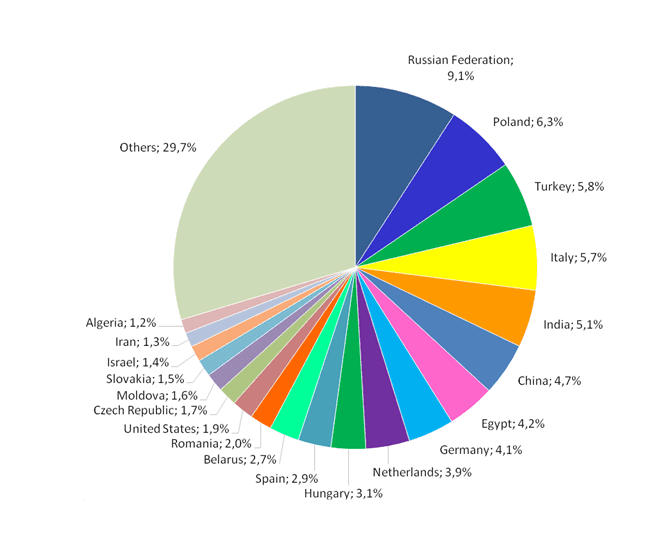 INDIAN AMBASSADOR TO UKRAINE: TRADE BETWEEN UKRAINE, INDIA 18.8% UP IN 2017 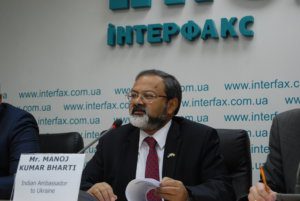 Trade between Ukraine and India in 2017 grew by 18.8%, reaching $2.8 billion, Indian Ambassador to Ukraine Mr. Kumar Bharti Manoj said at a press conference at Interfax-Ukraine on Tuesday. “Here two important moments should be pointed out. India became the fifth country in the volume of the export from Ukraine abroad. In addition, India is the second country with which Ukraine has the surplus in trade. Only Ukraine and Egypt have bigger surplus in trade – $1.75 billion, while between Ukraine and India it is $1.65 billion,” he said.
The ambassador said that these indicators fuel confidence that the growth of trade turnover in 2018-2019 could be 20% and 25%, respectively.
Commenting on trade relations between the countries, he said that India was the first country in terms of export of Ukrainian sunflower oil. Last year India exported $2 billion worth of oil. In addition, in 2017, for the first time, a lot of beans were exported from Ukraine to India. “Another very important factor is that the largest share of the total number of foreign students in Ukraine last year was made up of Indian students, a figure we reached for the first time in 15 years,” the Indian diplomat said.
So, according to him, today more than 10,800 Indian students are studying in Ukraine, which is 80% more than in 2015.
“I am pleased to say that in almost two years we have increased the number of Indian students from 6,000 to almost 11,000. Taking into account the fact that each Indian student spends about $5,000 a year for education, living and personal expenses, Ukraine already earns $55 million only through the provision of education to Indian students,” he said. The ambassador said that India plans to increase the number of its citizens studying in Ukrainian universities to 40,000 in the coming years, which in turn will give Ukraine about $200 million a year.
He also said that the inclusion of India in the list of countries, which citizens receive the Ukrainian visa upon their arrival to the airport, had a positive impact on the tourist flow. The number of Indian citizens, who visited Ukraine last year, increased more than 50%, to 29,400 people.
The ambassador said that one of the leading sectors where Ukraine could expect investment from India is pharmaceutical production.
President of the Indian Pharmaceutical Manufacturers’ Association (IPMA) Dr. Ramanan Unni Parambath Menon pointed out the growth of the pharmaceutical market in Ukraine in 2017 and positive changes in the regulatory field in this sphere.
“We see positive steps from regulators, in particular, changes are made to regulations and resolutions, among which there are a lot of democratic norms,” he said.
Head of the Representative Office of Dia Pharma Limited Ukraine Mr. Pandian Thamarai said that at the present, preparations made in India occupy in kind 3% of the Ukrainian pharmaceutical market, in money terms – 4.5%. “There is a great potential for Indian pharmaceutical manufacturers,” he said.
At the same time, representative of EuroLifeCare Sanjeev Bhagat said that for the growth of the volume of Indian medicines on the Ukrainian market, transparent legal regulations, as well as transitional periods in implementing changes, are required to enable manufacturers to properly prepare for the new standards. The IPMA (the Indian Pharmaceutical Manufacturers’ Association) brings together Indian pharmaceutical manufacturing companies that meet high international standards, including US FDA (the United States), UK MHRA (Britain), MCC (South Africa), TGA (Australia), WHO GMP (WHO), GMP (Ukraine), which have representative offices in Ukraine.