FOREIGN MINISTER OF UKRAINE TO PAY WORKING VISIT TO TURKEY 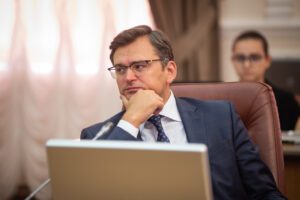 Foreign Minister Dmytro Kuleba will pay a working visit to the Republic of Turkey on June 18 to June 20, where he will take part in Antalya diplomatic forum, the press service of the Ukrainian Foreign Ministry said on Thursday.
“The head of Ukrainian diplomacy will speak at the plenary session of the forum on the subject ‘Energy: What future awaits us?’ And will hold a number of bilateral meetings with the foreign ministers of Central Europe, the South Caucasus, the Middle East, Africa and Asia,” the Foreign Ministry said.
It also said that Antalya diplomatic forum is being held by Turkey for the first time.
“This forum is intended to become an annual international platform for exchanging views on topical international issues, discussing effective steps of modern diplomacy to respond to global challenges. This forum is attended by more than 40 heads of state, government, foreign ministries, as well as representatives of academia, experts and the media,” Ukrainian diplomats said. 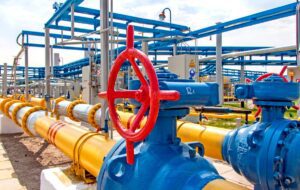 Transit of gas through Ukraine should remain even after the construction of Nord Stream 2, German Foreign Minister Heiko Maas said.
Maas told journalists in Berlin on Wednesday that Chancellor Angela Merkel told Russian President Vladimir Putin long ago that for Germany, the completion of the construction of Nord Stream 2 is associated with the need for further gas transit through Ukraine.
According to him, nothing will change in Germany’s position in this regard. 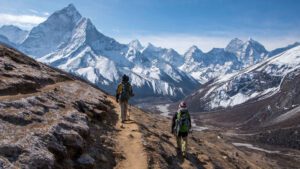 Due to the suspension of international flights by the Nepalese government until May 31, 2021, some 107 Ukrainian citizens had to stay in Nepal, mainly climbers and tourists, MFA Spokesperson Oleh Nikolenko said. “Some 45 people were accommodated in hotels in Kathmandu, they are provided with everything they need. The rest of the citizens are in the mountainous area. Four Ukrainians have been diagnosed with COVID-19, they are being provided with the necessary assistance. Their health condition is satisfactory,” Nikolenko told Interfax-Ukraine on Wednesday.
According to him, the Ukrainian Embassy in India maintains contact with compatriots directly or through representatives of travel companies who organized the relevant tours.
Nikolenko said that, in addition to the general group in the social network, a round-the-clock “hot line” of the Ministry of Foreign Affairs of Ukraine operates to process requests from citizens stuck in Nepal or their relatives: 044 238 1657, 044 238 1588. An honorary consul of Ukraine also works in Kathmandu to provide prompt consular assistance to Ukrainians.
“Diplomats are working to resolve the issue of the early return of Ukrainian citizens to their homeland. At the same time, they must understand that strict quarantine restrictions are in force in Nepal,” the speaker said.
Nikolenko said that now the possibility of Ukrainians leaving on repatriation flights of foreign countries is being considered.
“According to available information, Turkish Airlines submitted a request for permission from the Nepalese side to carry out charter flights to Nepal. We keep this case under control,” he said.
The Foreign Ministry spokesperson drew attention to the fact that a lot of inaccurate information is being circulated around the situation with our citizens in Nepal.
“I want to reassure everyone – we will not leave our people alone. The Ukrainian side also appealed to the Indian government with a request to allow the transit of our citizens through the territory of India,” he said. 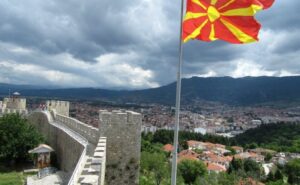 Minister of Foreign Affairs of the Republic of North Macedonia Bujar Osmani during a telephone conversation with Minister of Foreign Affairs of Ukraine Dmytro Kuleba on Tuesday expressed North Macedonia’s solidarity with Ukraine amid the Russian escalation.
According to the MFA website, the head of the North Macedonian Foreign Ministry confirmed strong support for the sovereignty and territorial integrity of Ukraine within internationally recognized borders, including Crimea as an integral part of Ukrainian territory.
Bujar Osmani confirmed his readiness to visit Ukraine in the second half of 2021 at the invitation of Kuleba.
The interlocutors also paid attention to the preparation of celebrations on the occasion of the 30th anniversary of Ukraine’s independence.

GEORGIA TO SEND AMBASSADOR BACK TO UKRAINE 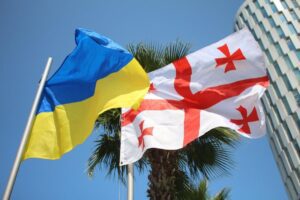 The Georgian ambassador to Ukraine, who was recalled for consultations in May 2020 in connection with the situation related to former Georgian President Mikheil Saakashvili, will be sent back to Kyiv in the near future.
The decision to bring the Georgian ambassador back to Kyiv will be made shortly, Georgian Foreign Minister David Zalkaliani said on the Rustavi 2 television channel on Saturday. “This is the wrong time and the wrong circumstance – tensions escalating around Ukraine – to not have our ambassador in place,” Zalkaliani said, adding that Georgia would seek dynamic development of relations with Ukraine.
“We have a lot of common challenges, bilateral relations have been affected, but we are a state and we act to the benefit of state interests,” Zalkaliani said, adding that Ukraine took Georgia’s decision to recall its ambassador with understanding.
The Georgian Foreign Ministry recalled Ambassador Teimuraz Sharashenidze from Kyiv for consultations in May 2020 after former Georgian President Mikheil Saakashvili (2004-2013) was naturalized by Ukraine and took charge of the Executive Committee of Ukraine’s National Reform Council. Tbilisi explained its demarche with the appointment of a person convicted in Georgia to an official position in Ukraine in contradiction to the spirit of bilateral cooperation. In addition, the Georgian authorities repeatedly called Kyiv’s attention to the fact that Saakashvili kept interfering in Georgia’s internal affairs. 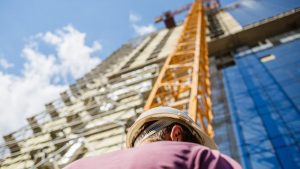 Foreign Minister of Ukraine Dmytro Kuleba during his working visit to France held a meeting of the business council with representatives of large and medium-sized French businesses, the press service of the ministry reports.
“In subsequent years, huge opportunities open up in Ukraine, in particular in the areas of construction, infrastructure and energy. The president of Ukraine and the government are committed to a large-scale renewal of Ukrainian infrastructure in order to create qualitatively new opportunities for the development of our country and international trade,” Kuleba said and invited French business to take part in two of the most attractive investment areas, namely the Big Construction program of President of Ukraine Volodymyr Zelensky and large privatization.
Kuleba also clarified that this primarily concerns the construction and concession of roads and bridges, concession and privatization of ports, modernization of border infrastructure, projects for the electrification of public transport, the development of water supply systems, waste treatment, etc.
“This cooperation is not only beneficial, but has an important political significance for strengthening ties between Ukraine and France,” the minister stressed.
In addition, the parties paid special attention to the energy sector. Kuleba emphasized the potential of green hydrogen production in Ukraine and the synchronization of our state with the course of the European Green Deal, which opens up new opportunities in the field of renewable energy.
The minister also drew attention to the achievements of Ukraine in deregulation and simplification of doing business, the adoption and successful implementation of the new law on concessions, the harmonization of Ukrainian legislation with the norms of the European Union. In addition, Kuleba recalled that the Council of Exporters and Investors constantly operates under the Foreign Ministry of Ukraine, which helps investors find new opportunities.
It is noted that the top managers of a number of companies that are already working or are interested in implementing business projects in Ukraine took part in the council: Airbus, Air Liquide, Alstom, Crédit Agricole, Egis, RTE International, TOTAL Eren, Tryba Energy and others. The co-organizer is MEDEF International (Movement of Enterprises of France), which helps French companies establish international cooperation.