FOREIGNERS CAN BE VACCINATED AGAINST CORONAVIRUS IN UKRAINE 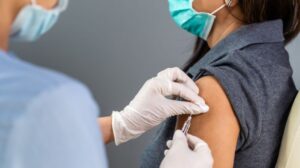 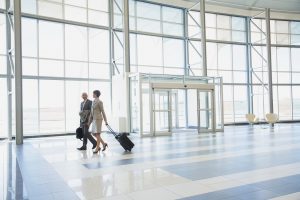 PwC Ukraine developed a free guide – Expats’ Handbook to help foreigners coming to Ukraine for personal or business goals.
It aims to give a general overview of the key rules and issues that foreigners need to know about the Ukrainian tax and legal environment to allow them to become comfortable and to avoid being overburdened with formalities.
The Handbook is available in many languages, including English, Polish, German, French and Chinese.
“Our country is building a business-friendly climate and opening new opportunities for investors from across the globe. We still have some way to go on this journey – the Ukrainian legal landscape is a work in progress, undergoing changes which will bring it in line with international good practices. But as long as you have a trusted guide to steer you safely through burdensome taxation or immigration compliance issues, you are safe” – commented Slava Vlasov, Partner, Leader, Tax and Legal Services, PwC Ukraine. 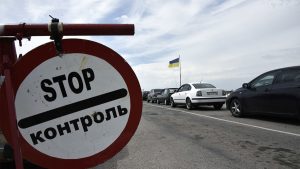 The State Border Guard Service of Ukraine in 2020 did not allow more than 19,500 foreigners to enter Ukraine, head of the State Border Guard Service of Ukraine Serhiy Deineko said.
“Since the beginning of the year, for various reasons, we have not allowed more than 19,500 foreigners into Ukraine. In most cases, these are those who could not confirm the purpose of their travel, had restrictions on entry or illegally visited the occupied territories, exceeded their stay or traveled with invalid documents. The majority of foreigners are citizens of Russia, Moldova and Turkey,” Deineko said in an exclusive interview with the Interfax-Ukraine news agency.
According to him, more than 8,000 people were also identified, both Ukrainians and foreigners, who illegally visited the temporarily occupied Crimea.
“At the same time, it was the officers of the border department that issued more than 7,800 bans on entry to our country against foreigners for various violations. In addition, I will add that in 11 months we found more than 8,000 people – both Ukrainians and foreigners – who illegally visited temporarily occupied Crimea. We find up to 40 such people per day,” Deineko said.
The head of the State Border Guard Service explained that since the beginning of the illegal annexation of Crimea by the Russian Federation, the issue of illegal visits by Ukrainian and foreign citizens to the occupied territory has been raised. “At the same time, some of the foreigners then try to get to the territory of Ukraine under all sorts of pretexts, there are many clerisy people and actors among them,” he said.
“We have no alternative. Our position is principled: if a citizen of a foreign state visited the territory of the occupied Crimea, the occupied areas of Donetsk and Luhansk regions, contrary to Ukrainian legislation, he receives three years of a ban on entry into Ukraine and will not be allowed into the territory of Ukraine,” Deineko said.
If a citizen of Ukraine visits the relevant territories in violation of the law, he will be brought to administrative responsibility, the head of the department added. 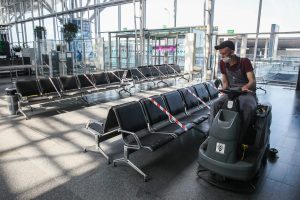 Ukraine reopened its borders to international visitors at 00:01 a.m. on September 28, the Ukrainian State Border Guard Service said.
“A decree which also set out restrictions on foreigners’ entry continues to be valid. This is Government Decree No. 641. At the same time, it imposed a ban on foreigners’ entry to the territory of our country precisely from August 28 and until 00:01 a.m. on September 28. Thus, as a matter of fact, this norm that banned foreigners from entering our country ceased to be in effect overnight. From now on, foreigners are allowed to enter our country,” State Border Guard Service spokesman Andriy Demchenko told Interfax-Ukraine on Monday.
Border guards are acting in compliance with the law that regulates passage across the state border of Ukraine, i.e. the law “On Border Control”, and in compliance with the government’s decree on foreign citizens’ exit and entry to Ukraine, he said.
There are currently no separate requirements for foreigners to self-isolate or have travel medical insurance when coming to Ukraine, he said.
“This norm has ceased to be in effect. Therefore, there are presently no separate requirements that the government would have imposed on foreigners who enter Ukraine during the quarantine,” Demchenko said.
As reported earlier, Ukraine banned foreign citizens from entering its territory from 00:01 a.m. on August 28 and until 00:01 a.m. on September 28. 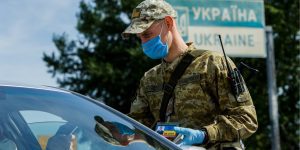 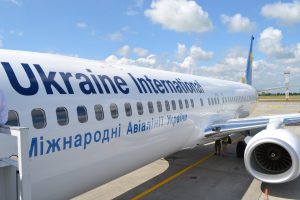 Ukraine International Airlines (UIA, Kyiv) canceled flights on eight destinations, reduced their frequency on seven more destinations.
According to the airline’s website, as a result of such measures, UIA is forced to revise the flight schedule and significantly reduce them. Starting from September 14, the following flights will be completely canceled: Kyiv-Zaporizhia, Kyiv-Madrid, Kyiv-Barcelona, Kyiv-Geneva, Kyiv-Delhi, Kyiv-Berlin, Kyiv-Chisinau, and also Kyiv-Athens (except for two flights). Flights on the route Kyiv-Kherson will be canceled from September 20.
In addition, the airline reduced the frequency of flights on the following routes: Kyiv-Odesa, Kyiv-Paris, Kyiv-Dusseldorf, Kyiv-Brussels, Kyiv-Dubai, Kyiv-Istanbul, and Kyiv-Tel Aviv.
“We now have to make a decision on the airline’s plans for the coming days, without having enough time or enough information. Of course, we will wait for the publication of the Cabinet of Ministers resolution and make a decision to cancel flights, based on the content of the document. We are considering several options, including radical,” CEO of the airline Yevhen Dykhne said.
According to the airline, in the total current UIA passenger traffic, the percentage of foreigners transported is about 60%.