EUROPEAN COMMISSION WILL PRESENT A REPORT ON THE READINESS OF MOLDOVA, UKRAINE AND GEORGIA TO JOIN THE EU BY THE END OF JUNE 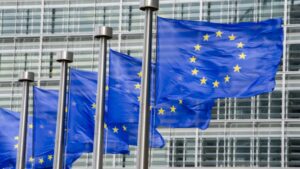 The European Commission will soon submit a report on the readiness of Moldova, Ukraine and Georgia to join the European Union, European Council President Charles Michel said.
“We discussed in detail the issues of EU enlargement a few months ago, at the conference in Versailles. After that, three countries applied for accession. We made a decision very quickly, instructing the European Commission to carry out work and prepare reports on these countries. We made a decision in a few days, although it usually took 8-9 months. By the end of June, the European Commission will publish this report, and we will decide how to proceed further,” Michel said at a joint press conference with Moldovan President Maia Sandu during a visit to Chisinau.
He stressed that the EU will continue to act promptly.
“We will act immediately to strengthen ties with Moldova, Ukraine and Georgia, to support them in the current difficult situation. This will be a political process in the context of how we see the development of the European Union. In the next two months, we will give a clear signal of what we want to enlarge the European Union,” the President of the European Council said.
For her part, Moldovan President Maia Sandu stressed that “European integration is the choice of the country, the choice of the people.” “On April 22, we submitted to Brussels the first part of our responses to the European Commission’s questionnaire. In the near future we will also pass on the second part. We understand that integration into the EU is a long process, we are not looking for short and easy ways. We intend to continue reforms. Most importantly – peace is needed for this, everything must be done to restore peace,” Sandu stressed. 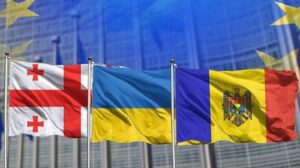 Chairman of the Verkhovna Rada of Ukraine Ruslan Stefanchuk is disappointed with the positions of Moldova and Georgia on neutrality in the issue of imposing sanctions against the Russian Federation. “I once thought that what unites Ukraine most of all with Georgia and Moldova is that our countries are territorially “bitten” by the Russian Federation. But today’s position of official Tbilisi and Chisinau regarding their neutrality in imposing sanctions against Russia has disappointed me,” Stefanchuk wrote. He stressed that friends are known in trouble, “but it’s good that our peoples have a different opinion.” 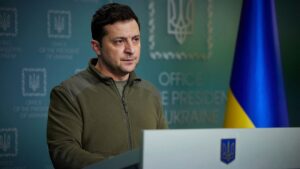 President of Ukraine Volodymyr Zelensky said that he signed decrees on the recall of Ukrainian ambassadors due to the fact that “they are losing time on the diplomatic front” in the countries of their diplomatic mission against the backdrop of Russian aggression in Ukraine.
“There are those who work together with everyone for the defense of the state. In order for Ukraine to win its future. We appreciate the work of each such person. And there are those who waste time just to remain in office. Today I signed decree on the recall of such a person, on the recall of such an ambassador from Morocco. They also returned the ambassador from Georgia. With all due respect – there will be no weapons, there will be no sanctions, there will be no obstacles for Russian business – please look for another job,” Zelensky said in a statement. video message on Wednesday evening.
He also added that he expects concrete results in the coming days from the work of Ukrainian diplomats in Latin America, the Middle East, Southeast Asia and Africa.
“I expect the same results from military attachés every day. The diplomatic front is one of the key fronts. And everyone there must work as efficiently as possible to win and help the Ukrainian army. Just like every one of our defenders on the battlefield. So does everyone on the diplomatic front,” summed up the president.

PENTAGON CHIEF TO VISIT UKRAINE AND GEORGIA NEXT WEEK 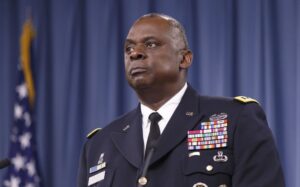 Secretary of Defense Lloyd J. Austin, during his visit to Georgia and Ukraine next week, will urge these countries to carry out the transformations necessary to qualify for NATO membership, the Pentagon has said.
“Austin will stress in both Georgia and Ukraine that there is an open door to NATO and encourage the nations to make the changes necessary for them to qualify for membership in the defensive alliance,” the U.S. Department of Defense has reported.
As reported, Austin will visit Romania and Belgium after Ukraine and Georgia. In Brussels, the head of the Pentagon will hold a meeting with the defense ministers of the NATO countries. According to the Pentagon, this meeting is expected to discuss Russia, as well as problems from China.
Earlier, the Pentagon said Austin was going on a trip to Europe that weekend. In Georgia, he will meet with Prime Minister of this country Irakli Garibashvili and Defense Minister Juansher Burchuladze, and in Ukraine with President Volodymyr Zelensky and Defense Minister Andriy Taran.
In Romania he will meet with President Klaus Iohannis and Defense Minister Nicolae-Ionel Ciuca.

PM OF GEORGIA ARRIVES IN UKRAINE 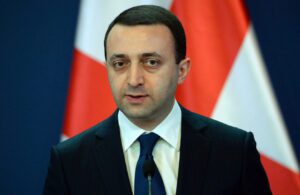 Prime Minister of Georgia Irakli Garibashvili arrived in Ukraine.
“A rich program is ahead in Lviv and Kyiv, discussion of security issues, trade, economic, energy, tourism and many other issues,” Prime Minister of Ukraine Denys Shmyhal wrote in his Telegram channel.
It is reported that the Georgian delegation will take part in the constituent summit of the Crimean platform. 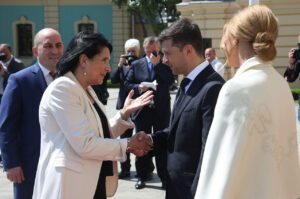