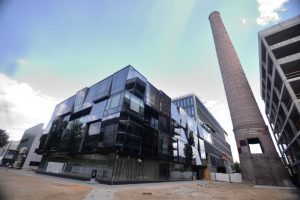 Some 7.9% of Ukrainian exporting enterprises face obstacles in their activities, according to a survey by the Institute for Economic Research and Policy Consulting.
The rate in 2020 is the lowest since 2016, according to the study. In 2018, some 23.6% of exporters faced obstacles, while 19.3% in 2017 and 26.9% in 2016.
Large and small businesses (10.4% and 10.7%) more often report impediments to export compared to micro (8.1%) and medium (4.1%). Most often, they deal with obstacles in the implementation of exports by enterprises in the service sector (22.6%).
In Chernivtsi, Ternopil, Zhytomyr, Donetsk regions, there are no complaints about the presence of obstacles. Most often, such are reported by exporters from Rivne (22.2%), Ivano-Frankivsk (20%), Kirovohrad (20%), Sumy (20%), Poltava (18.8%) regions.
The main obstacles to export are the absence of simplified rules for determining the origin of goods (20.4%), a long wait for export clearance at customs (20.4%).
Among importers, 18.9% of the surveyed enterprises stated that they faced obstacles to their activities. This figure is also the lowest in all waves of the study since 2016. Some 28.4% of importers faced obstacles in 2018, some 29.3% in 2017 and 35.2% in 2016.
Cherkasy region is the only region where there are no complaints about import obstacles. Enterprises in Mykolaiv region most often point to impediments to imports (35.7%, every third respondent).
According to the respondents, the main obstacle to import is a lack of transparency in determining the customs value of goods that are imported (38.7%). Almost a third complain about the complexity of customs and tax legislation (32.4%). The third place in the rating of obstacles is taken by high rates of customs payments (27.5%).
The survey was conducted in 2020 by the civil society initiative “For Fair and Transparent Customs” with the support of the European Union, the International Renaissance Foundation and Atlas Network. More than 1,000 representatives of enterprises were interviewed: from micro-enterprises to large enterprises engaged in export and/or import. Most of the respondents are micro and small enterprises, representatives of industry and trade.

UKRAINE IS THE SECOND MAJOR IMPORTER OF GEORGIA’S WINE 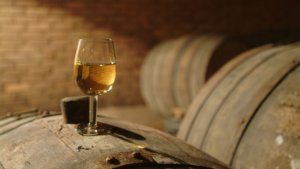 Georgia exported 78 million bottles of wine from grapes (0.75-liter bottles) in January-November 2018, 11% more than in the same period last year, the Agriculture Ministry’s National Wine Agency reported. Exports in 11M are 1.7% higher than the total for 2017 as a whole, which was the highest annual mark in 30 years.
Georgia exported wine to 53 countries in 11M 2018. Revenue from the exports rose 19% to $184.1 million.
Russia was the leading importer of Georgian wine in the period, boosting imports 10.7% to 48.588 million bottles or 62.3% of the total. Other major importers included Ukraine – 9.5 million bottles, China – 6.3 million, Kazakhstan 3.4 million and Poland 3 million. Exports increased significantly to countries outside traditional markets: Japan, UK, Romania, Czech Republic, Netherlands, France, Germany, Canada and elsewhere. Georgia also exported 17.8 million bottles of brandy (0.5-liter bottles), 9% more than in 11M 2017, to 25 countries. Revenue rose 3% to $36.4 million.
Overall exports of wine, brandy and other products – chacha, other alcoholic beverages, wine materials and brandy spirits – were worth $281 million, 10% more.
Georgia exported 76.7 million bottles of wine from grapes in 2017, 50% more than in 2016. Exports to Russia rose 76% to 47.779 million bottles or 62.3% of the total. 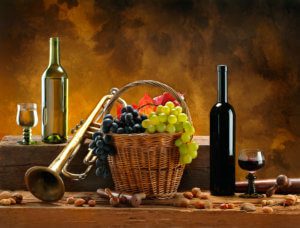 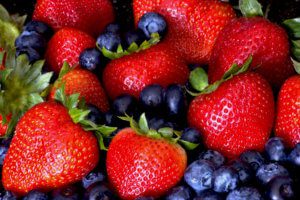 The inconsistency of Ukraine’s biosecurity measures with those of the importing countries hinders exports of fruits and berries from Ukraine, the Ukrsadprom association has stated.
According to a press release of the association, today, unlike the main exporting countries, Ukraine demonstrates sharp fluctuations in the volume of exports and instability of supplies.
“For comparison, in recent years exports of fruits and berries from Poland exceed $1 billion, while for Ukraine this volume reaches $150-200 million, so Ukraine exports six times less fruit and berry products than its European neighbor,” the report says.
The association is convinced that the coordination of mutual recognition of biosecurity measures will allow establishing trade, ensuring the social and economic development of Ukraine, stimulating the development of the horticulture and berry-growing sector in Ukraine and help attract investments in long-term agricultural and infrastructure projects.
To solve the problem of biosecurity measures inconsistency, Ukrsadprom appealed to First Deputy Prime Minister, Minister of Economic Development and Trade Stepan Kubiv with the request to instruct his ministry, the Ministry of Foreign Affairs, the State Service of Ukraine for Food Safety and Consumers’ Rights Protection to coordinate the mutual recognition of biosecurity measures with the potential importing countries for exports of fruits, berries, as wells as planting stock. 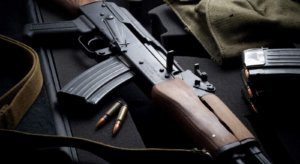