The European Bank for Reconstruction and Development (EBRD) has entered the capital of Scalarr Inc (Delaware, the United States) a company with operations and development center in Ukraine, as part of $7.5 million financing round, the bank has said on its website.
According to the report, the project was approved in September 2020. Today, all the required documents have been signed. The details of the deal are not available.
The EBRD said that Scalarr, a technology company with operations and development in Ukraine, provides the antifraud software solution for mobile application developers. Scalarr’s software, using its proprietary technology such as neural networks, unsupervised and semi-supervised machine learning allows the application developer to detect and prevent fraudulent application installs and avoid marketing expenses spent on purchase of the fraudulent traffic.
Scalarr said on its website that it saved its clients $22 million in ad fraud refunds in 2020.
The project was implemented under the Venture Capital Investment Programme (VCIP) II of the EBRD, which is a dedicated framework facility of EUR 50 million and is a continuation of EBRD’s existing programme, VCIP (EUR 100 million). The bank aims to invest in early and growth stage technology companies via equity and equity-linked instruments (investment size up to EUR 15 million).
In Ukraine, Scalarr Inc established Scalarr Ukraine LLC (Kharkiv) in September 2020. Its beneficiaries in the public register are the head of the company Inna Ushakova with 33.34%, as well as Andriy Ushakov and Yuriy Yashunin with 33.33% each.
Techcrunch publication earlier said that Scalarr’s Series A was led by the EBRD, with participation from TMT Investments, OTB Ventures and Speedinvest. Among other things, the company planned to use the money to expand its presence in Asia and continue developing the product.
Forbes Ukraine included Scalarr in the list of 30 best startups in Ukraine in the April issue of this year, valuing the company at $ 20-40 million, investment in it at $8 million, and the staff of 40 people. 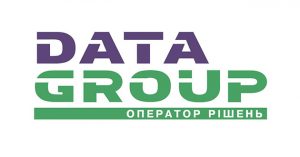 The national operator Datagroup is investing $20 million in a project to modernize the all-Ukrainian backbone network in partnership with the world leader in production of network equipment Cisco (the United States), the company’s press service said.
Datagroup notes that investments in the project will amount to $20 million, and the project itself will help the company bring the quality of services to a higher level.
At the same time, it is specified that the company carried out thorough preparation for a tender and chose the best world equipment manufacturers to participate in it. Based on the results of the tender, Cisco became the project vendor.
“In 2020, the company’s network traffic grew by 35%. We made a decision on a large-scale network modernization, which will allow us to implement our business strategy. It will also lay the foundation for business growth for 10 years: it will allow us to introduce various innovative services and attract new clients in corporate, public and private sectors,” CEO of Datagroup Mykhailo Shelemba said.
The press release says the total length of the Datagroup high-speed data transmission network is more than 22,000 km: these are long-distance DWDM and MPLS networks, and urban MPLS backbone networks in the major cities of the provider’s presence. The modernization will apply to all levels of the network and will significantly increase its throughput.
Datagroup was founded in 2000. It is one of the largest B2B operators in Ukraine, provides services in more than 90 settlements of the country.
The company provides Internet connection, telephony, television and video surveillance services, as well as a cloud service from Microsoft and a range of cybersecurity services – DataProtect.
Data Group in 2019 increased its net profit by 6.97 times compared to 2018, to UAH 141.764 million. 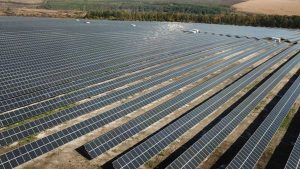 UDP Renewables, an investment and development company in the field of renewable energy, in a consortium with the Qatari energy company Nebras Power, plans to invest about $ 250 million in “green” energy in Ukraine in 2021-2022, UDP Renewables CEO Serhiy Yevtushenko said.
“he next big step in the life of UDP Renewables and UFuture is the conclusion of an investment agreement with the largest energy company in Qatar, Nebras Power. At the first stage of our strategic partnership, Qataris together with us become shareholders of a large portfolio of operating solar power plants, and then the formation of a consortium for the construction of a whole portfolio of projects in wind energy,” Yevtushenko said on Facebook.
“He noted that the planned volume of investments of the consortium in 2021-2022 could reach $ 250 million, calling it “a good start for a long-term partnership.”
According to him, the signing of contracts by UDP Renewables and Nebras Power during the official visit of Ukrainian President Volodymyr Zelensky to the State of Qatar is proof of the intentions of both states to develop long-term cooperation.
In addition, Yevtushenko noted that with the conclusion of the investment agreement with Nebras Power, the Ukrainian team received another unique experience in structuring and closing a complex international transaction, which had been working on for two years. Everlegal law firm acted as a legal advisor to UDP Renewables.

DTEK Pavlohradvuhillia plans to invest almost UAH 30 billion in production by 2030, which will ensure the production of 141 million tonnes of coal, according to a press release from DTEK Energy, citing a press conference by DTEK Pavlohradvuhillia CEO Serhiy Voronin in Pavlohrad (Dnipropetrovsk region) on March 11.
“Despite the decline in the generation of TPPs, we see clear prospects for the development and full-fledged operation of our enterprises as part of DTEK Energy, at least for the next 10 years. Until 2030, manoeuvring generation will remain the most important link in the Ukrainian energy system, and it needs our coal,” Voronin said.
According to him, the company will allocate UAH 30 billion of investments for the purchase and overhaul of mining equipment and for the implementation of projects to improve the culture of production and the level of safety.
Coal will be mined at six mines of the association, the remaining four will be closed due to exhaustion of reserves.
“We are concentrating coal production at six mines. Four mines will be closed due to the end of effective coal reserves, two this year, two in a few years. The closure of mines due to the completion of reserves is a natural process, since the term of any mine is not infinite,” the CEO said.
One of the priority tasks of DTEK Pavlohradvuhillia is the development of digitalization projects. 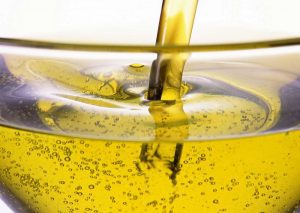 Kernel, the world leader in sunflower oil production, will invest an additional $63 million in 2021 fiscal year (started on July 1, 2020) in the implementation of an investment program for the construction of cogeneration heat and power plants its six oil crushing plants.
According to the company’s H1 FY2021 financial report, taking into account these funds, the total investment in the program since its inception in FY2018 reached $169 million. Three plants have already been already constructed and completing the precommissioning works, and three remaining facilities are to be commissioned in FY2022.
Kernel said that more than 50% of energy is already received from renewable sources, and their contribution to EBITDA in H1 FY2021 amounted to $10 million.
The company also recalled the goal announced in FY2020 to reduce greenhouse gas emissions by 5% over the next five years in the oilseeds segment.

Sem Ecopack LLC (Tomakivka, Dnipropetrovsk region), part of Effective Investments Group, intends to invest about UAH 170 million in the creation of a new production of ecological cardboard packaging Sem Ecopack in Sambir (Lviv region) with a capacity of 150 million units of packaging products per year.
“The new production will appear on the site of the former bakery. Sem Ecopack LLC has acquired the real estate of the plant from Khlibprom Concern,” the press service of Effective Investments told Interfax-Ukraine.
Sambir bakery was part of Khlibprom concern (associated with founder of OKKO Group Vitaliy Antonov) and was closed in 2018 by the decision of the management of the concern.
The press service of the group noted that at the first stage Sem Ecopack plans to invest about UAH 70 million in the restoration of the existing production complex and more than UAH 100 million during the next stages. The new production facility in Sambir is planned to be commissioned in early 2022.
“I hope that in a year Facebook will remind me of these ruins, and I will show you an already operating production here! An inspiring story when you can build a European-level enterprise from the ruins with the export of products to Europe,” head of the group’s supervisory board Ihor Liski wrote on Facebook, accompanying the post with photographs of the premises of the former bakery in Sambir.
According to the press service, currently Sem Ecopack LLC, established in 2014, is developing two areas: the production of ecological packaging and mechanical engineering, while the engineering direction uses more than 80% of Ukrainian components.