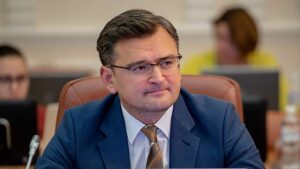 Estonia, Latvia and Lithuania have opened borders for Ukrainians for all types of travel, according to the recommendation of the European Council, Ukrainian Foreign Minister Dmytro Kuleba has said.
“Estonia, Latvia, Lithuania have opened for all types of travel for Ukrainians, according to the recommendation of the EU Council. Visa-free weekend in the Baltic countries? Now it is possible again,” Kuleba said on his Twitter. 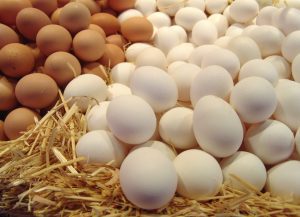 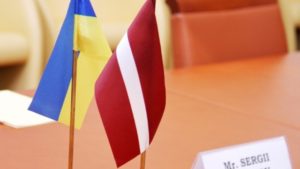 Latvia will resume the work of the Investment and Development Agency (LIAA) in Ukraine in 2020 after a three-year break, Deputy Prime Minister for European and Euro-Atlantic Integration of Ukraine Dmytro Kuleba has said following a meeting with Minister of Economics of the Republic of Latvia Ralfs Nemiro, according to the government’s press service.
“The office of the Latvian Investment and Development Agency in Kyiv will promote a daily dialogue between Ukrainian and Lithuanian businesses and will provide a strong impetus to the development of bilateral investment cooperation. The resuming of office’s work after a three-year break is a clear message that foreign investors see positive changes in Ukraine. There will be more investment and more trade with our friend and EU member Latvia,” Kuleba said.
Nemiro reported that the office would resume its work next year after the completion of technical procedures.
The ministers also agreed to reform the work of the Ukrainian-Latvian Intergovernmental Commission on Economic, Industrial, Scientific and Technical Cooperation.
The co-chairs of the Commission agreed that the next meeting would be held in May 2020 in Kyiv. Among the priority issues on the agenda will be digitization, agriculture, pharmaceutical industry and logistics.
Kuleba suggested holding a special business forum in the framework of the Commission’s meeting that would contribute to building connections between Ukrainian and Latvian entrepreneurs.
“Business contracts entail international contacts, hence they should not only promote establishing links between governments but also facilitate building more productive relations directly between the entrepreneurs of the two countries,” Kuleba said.
In turn, Nemiro supported the idea of holding such a forum.
As of July 1, 2019, Latvia invested in Ukraine $41.5 million, in particular $9.6 million (23.1%) in professional, scientific and technical activities, $8.2 million (19.6%) in financial and insurance activities, $5.7 million (13.8%) in industry. Ukrainian investment in the Latvian economy over the same period amounted to $72.1 million. 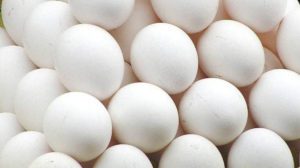 Ovostar Union, one of the leading producers of eggs in Ukraine, will invest EUR85 million in egg production in Latvia until 2026, Arnis Veinbergs, the chairman of the board of Gallusman LLC from Ovostar Group, has said. According to him, Gallusman ordered equipment from Big Dutchman for EUR 26 million. This equipment will provide the company with opportunities for exports, as the demand for eggs laid by hens not in cages is growing.
The construction of the enterprise is scheduled for the second half of 2019, the likely location is Tukums or Ogre. It is planned to keep up to 8 million hens at the Gallusman enterprise, a feed production workshop and a biogas station are also envisaged.
Gallusman’s largest owner is Ovostar Union N.V. PLLC, a company registered in the Netherlands. Its beneficiaries are citizens of Ukraine Borys Belikov and Vitaliy Veresenko. The agro-industrial group of companies Ovostar Union is one of the leading manufacturers of eggs and egg products in Ukraine.