JSC Ukrzaliznytsia has launched a new regular container train from the station Nyzhniodniprovsk-Vuzol station to Slawkow (Poland).
According to a report on Ukrzaliznytsia’s website, this train will collect containers from the Zaporizhia, Mariupol-Sortuvalny and Nikopol stations every Saturday.
“The direct container train, which follows a strict schedule without maneuvering operations on the way and with an accelerated border crossing technology, is a year-round all-weather alternative to road transportation,” Ukrzaliznytsia Head Yevhen Kravtsov commented on the launch of the train.
According to the state railway carrier, this is already the 19th container train, which will run on an ongoing basis, eight of which are transit trains.
“Now we are considering the possibility of organizing new container trains on the route Lithuania-Ukraine-Lithuania,” the expert said. 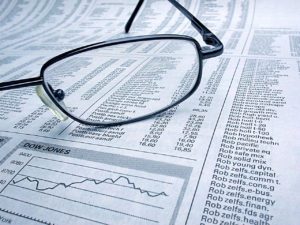 The acquisition of Guardian insurance company (Kyiv) by new shareholder, who is citizen of Lithuania, Arunas Siksta was started on March 12, 2019, the insurer has said in a press release.
According to the report, Siksta is a senior manager with thirty years of experience in banking, insurance and telecommunications. In particular, he collaborated with AB Swedbank, which representative office he headed in Lithuania, as well as with Norway’s largest insurance company, Gjensidige, where he served as deputy board chairman. In addition, for several years he was engaged in the integrated construction of a financial infrastructure for European banks, including the creation of insurance companies from scratch.
According to the press release, the new shareholder was satisfied with the results of the financial and personnel audit of Guardian insurance company.
“My auditors provided enough information that I found to be perfectly satisfactory. According to the results of the financial statements, the company’s performance is at a proper financially stable level, and the staff is highly qualified, which is what the figures say. Based on this, I see no need to reform the company or make any rotations. All management, employees and branches will work in the same mode and composition. Our plans are only to expand and improve the quality of services for our clients,” the company said in the press release, citing Siksta.
The press service also said that during the visit of the new shareholder of Guardian to Ukraine, he met with Head of the National Commission for Financial Service Markets Regulation of Ukraine Ihor Pashko and President of the League of Insurance Organizations of Ukraine Oleksandr Filoniuk. At the meeting, Siksta expressed confidence that the Guardian insurance company would be a worthy example of effective investments in the Ukrainian insurance market, and by providing services at a new level of quality it would increase customer confidence in this sector.
“Today, Lithuanian investments in the Ukrainian market are coming more and more often, but not in such volumes and not in the insurance sector. You are the first and we are very pleased with such serious investors,” Pashko said.
Guardian has been working in the insurance market since 2007. 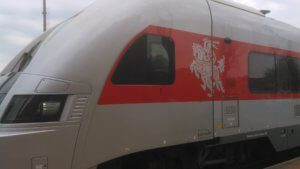 Lithuanian Railways has offered JSC Ukrzaliznytsia cooperation in a number of areas, including the development of international freight traffic, the Ukrainian League of Industrialists and Entrepreneurs (ULIE) reported on its website. The company wants to continue developing cooperation with Ukrzaliznytsia.
“Lithuanians offer Ukrzaliznytsia to cooperate in many areas. In particular, the matter concerns joint participation in European and international tenders, production and renovation of rolling stock, and an efficient use of the railway fleet for Ukraine,” representative of Lithuanian Railways Paulius Grubinskas said after the fourth Ukrainian-Lithuanian Economic Forum held in Kyiv on December 7.
Thus, according to the Lithuanian side, freight traffic between Ukraine and Lithuania increased by 10% in 2018, while the Viking container train increased traffic by 40%.
“There is a big goal – Ukraine and Lithuania want to combine the Black Sea and the Baltic Sea, while the Viking train can contribute. By the way, Scandinavian countries also express their interest in this,” the expert said. 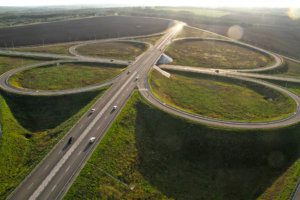 The State Automobile Roads Agency, also known as Ukravtodor, opened bids of contractors participating in a tender to build two-level traffic interchanges on M-05 Kyiv-Odesa and M-06 Kyiv-Chop highways. The press service of the agency reported that the tender to build two-level traffic interchanges was held as part of the implementation of the project of the European Bank for Reconstruction and Development (EBRD) and the European Investment Bank (EIB) entitled “Pan-European Corridors Project/European road of Ukraine II, Improvement of traffic condition of the roads at approaches to Kyiv.” The tender for the work was held for the contracts, the financing of which will be carried out through a loan: lot No. 1 is construction of two-level interchanges on the M-05 highway, turn to the village of Chabany and turn to Boyarka and M-06 highway – completion of the alignment near the village of Stoyanka; Lot No. 2 is construction of two-level transport interchanges on the M-06 highway – turn tot eh village of Chaiky and turn to the village of Bilohorodka.
Seven companies submitted their bids: Fermak Insaat Taahhut A.S. (Turkey), China Road and Bridge Corporation (China), СП PBDiM Sp. z o. o. (Poland) and Ukrainian-Polish Company with foreign investments UPS LLC (Ukraine), JSC Euro-Asian Construction Corporation EVRASCON (Azerbaijan), Sinohydro Corporation Ltd. (China), Alke Insaat Sanaye ve Ticaret A.S. (Azerbaijan), Kauno Tiltai LLC (Lithuania).

LITHUANIA HOPES FLIGHT FROM KYIV TO PALANGA RESORT BE RELAUNCHED 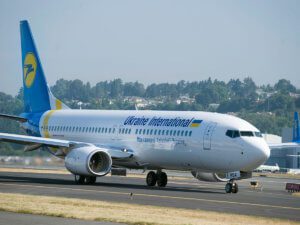 Lithuania expressed hope that the direct flight from Kyiv to the Lithuanian resort Palanga will be resumed, Lithuanian Ambassador to Ukraine Marius Janukonis has said. “In past years we were very pleased that Ukraine International Airlines launched a direct flight to Palanga. We are now making efforts to resume this flight,” he said at the presentation of the Lithuanian resort in Kyiv on Wednesday. In turn, Mayor of Palanga Sharunas Vaitkus said that the resort is annually visited by about 1 million tourists. At the same time, the city’s leadership is developing ways to extend the holiday season, including by building sanatorium facilities and developing curative programs.
Palanga is a resort town in Lithuania on the coast of the Baltic Sea. The length of the main beach of the resort is 25 km.