Activity of international and Ukrainian retailers has revived attention of developers to building retail real estate in all large cities of Ukraine, UTG consulting company (Kyiv) has told Interfax-Ukraine. “The decline in consumer confidence in Europe, the rapid development of online commerce, the high level of competition in the clothing and footwear segment, the growth of staff salaries led to a decrease in profit margins and a pile of inventory at the largest European retailers, forced them to look for new markets, stimulated exit and the opening of stores in markets of countries not previously covered,” Head of Strategic Consulting at UTG Kostiantyn Oliynyk said.
So, after many years of negotiations, the leading international retailers presented earlier in the country began to return to the national market of Ukraine: H&M, Decathlon, Koton, Defacto, Polo Ralph Lauren, Kilian, AllSaints, PennyBlack, Tru Trussardi, Laurel, XTI, Santoni, Jo Malone, Daniel Hechter and others.
According to him, by the end of 2019, at the various stages of implementation (construction, preparatory work, concept) in Kyiv and the nearest suburbs there are 44 projects with a total rental area of 1.46 million square meters, in Odesa – 15 projects with a total rental area of 419,400 square meters, in the Dnipro – more than 100,000 square meters, in Kharkiv – more than 124,000 square meters, in Lviv – more than 80,000 square meters.
At the same time, the purchasing power and potential of retail space is limited by the size of salaries (in Kyiv – UAH 16,249; in Odesa – UAH 9,473; in Kharkiv – UAH 9,453, in Lviv – UAH 9,729), the pace of their growth, and the size of consumer expenses (in Kyiv – 62.2% of total family income; in Odesa – 67.6%; in Kharkiv – 62.9%, in Lviv – 71.80%) and the growth of the cost of housing and utility services, maintenance/rental of housing, travel, transportation, communication, education, medicine, as well as the level of inflation and the exchange rate of the national currency.
In addition, the success and functioning of retail real estate is significantly influenced by the volume and structure of the existing supply. So, in Kyiv there are five regional, 27 district, 24 micro-district, 19 specialized and 32 separate hypermarkets with a total area of just over 1.6 million square meters. The current offer of Odesa is 449,100 square meters, Kharkiv – 503,400 square meters, and Lviv – 399,100 square meters.
At the same time, the retail real estate offer is constantly increasing. In 2019 alone, the Smart Plaza Obolon micro district shopping centers (GLA is 11,800 square meters) and the Oasis shopping center (GLA is 7,800 square meters) were opened in Kyiv, and the regional River Mall (GLA is 62,200 square meters) and Blockbuster Mall (GLA is 135,000 square meters), the Araks specialized center in Khodosivka (GLA is 10,000 square meters) and street retail located at 2, Kyrpy Street (GLA is 2,500 square meters).
In addition, on December 7, the Karavan Outlet updated shopping center (GLA is 45,300 square meters) was announced for opening after restyling and reconstruction.
“As a result, in the case of the implementation and commissioning of all declared large-scale projects in local markets, a surplus of retail space may occur, which will entail a redistribution of consumer flows between facilities, an increase in vacancy and a correction in rental rates downward, especially in obsolete facilities with serious conceptual flaws,” Oliynyk said.
In his opinion, the approach of saturation and changes in the market are already becoming noticeable, and some developers have begun comprehensive modernization, redevelopment, specialization, or restyling of their retail facilities. For example, such facilities as Karavan, Metrograd, Silver Breeze, InSilver, Lukianivka Kvadrat, Gorodok, Magellan, Marmalade, Dream Town and Sirius started the update. In addition, Oliynyk said that a number of owners of the malls plan large-scale changes in the near future. 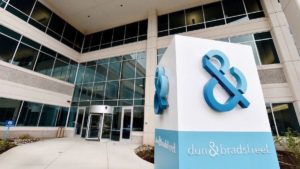 To enter new export markets and check counterparties around the world, Interfax-Ukraine offers products and solutions from Dun & Bradstreet (NYSE: DNB), the world’s leader on the market of information about legal entities. Products of the D&B group (Dun & Bradstreet):
GRS (Global Reference Solution) is a global online corporate directory that helps carry out an express analysis of marketing environment, search for partners and clients, verify addresses. Being available on the Internet, it covers 230 million companies all over the world.
D&B Report – business inquiries of companies (Business Information Report) – obtaining an extending examination of the activities of any company worldwide. Data are received within 3-14 days, depending on the country.
D&B KYC Report (Know Your Customer) – checking companies for being in the black and sanctions lists around the world. With the help of D&B’s capabilities, you and your employees will be able to:
– check foreign partners and counterparties in all countries;
– build corporate relations of companies;
– minimize the risks of payments and contract performance;
– search for potential customers and partners around the world.
D&B’s business valuation ratings are the global benchmark for making decisions on cooperation. At the same time, due to the volume of orders and well-practiced procedure for doing business, D&B services are affordable, while access to information has a convenient interface.
Our solutions can be useful for:
– marketing departments (direct marketing, telemarketing, market research, analysis of competitors, search and evaluation of suppliers of products and services);
– sales departments (forming a client base, searching for reliable contacts);
– procurement departments (evaluation of counterparties and association of suppliers within corporate relationships);
– risk managers (evaluation of the risks of interaction with counterparties, partners and customers);
– financial departments (checking counterparties and preparing reports, including on transfer pricing);
– legal departments (reference information on counterparties);
– security services (accurate and thorough inspection of companies).
Interfax-Ukraine is an authorized partner of D&B (Dun & Bradstreet) in Ukraine.
Maksim Urakin is the project manager.
For consultations, as well as cooperation, please contact Interfax-Ukraine’s commercial department by phone:
+38 (044) 270 6574,
e-mail: urakin@interfax.kiev.ua 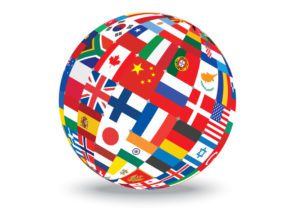 Ukraine in 2018 expanded geography of export of goods and increased the number of companies, which were authorized to export food of animal origin, according to a report of the State Service for Food Safety and Consumers’ Protection. According to the report, in 2018, 85 new markets were opened for various types of products – these are the markets of Albania and Ghana (poultry and products made of it), Hong Kong (poultry and products made of it, eggs and egg products), Morocco (poultry and products made of it , egg products), Macedonia (dairy products, feed), UAE (live sheep and goats, young poultry, live poultry, hatching eggs), Tunisia (poultry meat), Montenegro (eggs and egg products), and other countries.
In addition, 306 Ukrainian enterprises, including 126 food producers (poultry, fish, honey, eggs, and dairy products) now are authorized to export its products to the countries of the European Union. 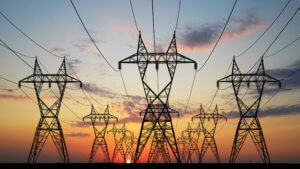 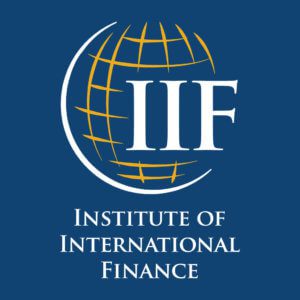