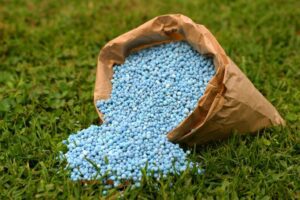 The average level of provision of agricultural enterprises with mineral fertilizers for spring-summer field work in Ukraine as of January 20, 2022 is 11%, according to a presentation on the website of the Ministry of Agrarian Policy and Food.
According to it, data on fertilizer reserves of 11 regions – Vinnytsia, Dnipropetrovsk, Zakarpattia, Kyiv, Lviv, Sumy, Kharkiv, Kherson, Cherkasy, Chernivtsi and Chernihiv regions – have not yet been provided to the ministry.
Zaporizhia region is the most provided for the upcoming sowing season (57% of the need), followed by Khmelnytsky (26%), Zhytomyr (22%), Donetsk (21%), Kirovohrad (20%), Ternopil (15%), Mykolaiv and Ivano-Frankivsk (13% each), Poltava (12%), Volyn (10%), Odesa (7%), Rivne (6%) and Luhansk (1%) regions.

Public associations of farmers are asking the government to consider the possibility of providing chemical enterprises with a commodity loan for 1.25 billion cubic meters of natural gas for the production of mineral fertilizers, this will avoid a shortage of fertilizers and “unrestrained price increases” for them next spring.The corresponding appeal of the Ukrainian Agribusiness Club (UAC), the Agrarian Union of Ukraine, the Federation of Employers, the Union of Chemists of Ukraine, the Ukrainian League of Industrialists and Entrepreneurs, the Council of Entrepreneurs under the Cabinet of Ministers of Ukraine, the Ukrainian Agri Council and the Ukrainian Agrarian confederation to Prime Minister Denys Shmyhal was published on the UAC’s website.As stated in the appeal, over the past month, most of the major European producers of nitrogen mineral fertilizers have reduced production due to a sharp rise in prices for natural gas, which leads to a shortage of mineral fertilizers in the European and world markets.According to UAC, Ukraine meets the needs for mineral fertilizers mainly due to domestic production, while in order to provide the country’s sowing campaign, 2.3 million tonnes of fertilizers are needed for the period of November 2021-May 2022, of which 75% is expected from domestic production and 25% – from import supplies.In such conditions, an important component of providing Ukrainian farmers with nitrogen fertilizers is the stable and uninterrupted operation of domestic producers, primarily in the winter period, when their stock is formed for the spring sowing campaign and feeding winter crops. In turn, this can be achieved only if there is a necessary supply of natural gas, the main raw material for the chemical industry at a stable price.The associations in their appeal suggested that the government consider the possibility of allocating a commodity loan for 1.25 billion cubic meters of natural gas to domestic producers of nitrogen fertilizers for the period from November 2021 to April 2022 at the expense of the reserves of NJSC Naftogaz Ukrainy. 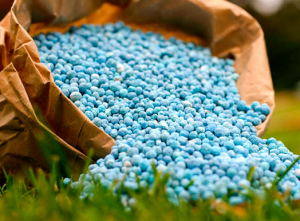 PrJSC Severodonetsk Azot (Luhansk region), part of the group of nitrogen business enterprises Group DF, in 2020 increased the production of mineral fertilizers by 2.2 times, to 843,160 tonnes, the press service of Group DF said on Thursday.
“Compared to 2019, we have more than doubled the production of mineral fertilizers. These figures are the result of the resumption of the full production cycle at the enterprise, the launch of ammonia production plant 1-A. We note growth in all products,” the press service said, citing the chairman of Severodonetsk Azot.
According to it, the production of ammonium nitrate last year increased by 19.5% compared to the previous year, to 444,380 tonnes, urea-ammonium nitrate (UAN) by 3.9 times, to 42,320 tonnes, and technical ammonia water by 2.7 times, up to 4,420 tonnes.
Carbamide production in 2020 amounted to 352,040 tonnes.
Group DF said that 432,860 tonnes of ammonia and 7,490 tonnes of liquid carbon dioxide were also produced in 2020.
“An important moment was the opportunity to include the capacity of the carbamide production shop in operation due to the resumption of its own ammonia production,” the press service said.
According to Group DF, the growth in production in 2020 was facilitated by the affordable price for natural gas (the main raw material in the production of mineral fertilizers), as well as the restoration of reliable power supply after the commissioning of the Kreminska substation. These measures made it possible to connect Severodonetsk Azot and entire Luhansk region to the Integrated Power System of Ukraine.
It is reported that in 2020 the company produced more than 19,000 cubic meters of medical gaseous oxygen in cylinders, which is supplied to hospitals in Luhansk region during the COVID-19 pandemic.
PrJSC Severodonetsk Azot is one of the largest Ukrainian chemical enterprises. It has been part of Dmytro Firtash’s Group DF since 2011. The core business of the enterprise is the production of mineral nitrogen fertilizers. 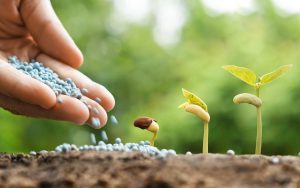 Recycling Solutions from the portfolio of the UMG Investments of the SCM Group has announced the opening of the Ukrainian Mineral Fertilizers complex, the main product of which is nitrogen-sulfur and multiple-nutrient fertilizers based on ammonium sulfate, in the city of Kryvy Rih, where over $11 million was invested.
“We planned and built the complex from scratch. The total investment amounted to more than $11 million. The company created 72 jobs,” UMG Investments CEO Andriy Gorokhov said in a press release on Tuesday.
According to the press release, the production capacities of the new manufacturer, operating with compacting technology, make it possible to provide Ukrainian farmers with up to 100,000 tonnes of finished products every year. The complex has new equipment from the Japanese-German holding Hosokawa Alpine.
The CEO of UMG Investments reminded that this is the second project of the processing portfolio this year: in March it was announced that it had entered into an agreement with Ihor Liska’s Effective Investments company to acquire a minority stake in Feednova, a new enterprise for the production of high-protein feed additives for agricultural and domestic animals. Now the company has already begun the process of placing equipment of the first stage at the construction site, and the project is planned to be completed by the end of 2020.
“We are planning further investments in recycling and are now looking for partners and considering appropriate projects for plastic recycling,” Gorokhov said.
Recycling Solutions is a Ukrainian company managing by-products and waste for the coal, metallurgical, thermal power and agricultural industries of Ukraine. Its areas of operation is processing and sale of ash and slag materials, smelter slag, rare and industrial gases, ammonium sulfate, animal by-products; production of heat and electricity from coal mine methane.
CEO of Recycling Solutions Dmytro Anufriev said that for many years crystalline ammonium sulfate – a valuable by-product of the metallurgical industry that can be turned into fertilizers – was exported for processing to countries such as Turkey, Bulgaria or Serbia, and then imported after processing back to Ukraine.
“Recycling Solutions has set up a local production facility in Kryvy Rih for processing crystalline ammonium sulfate into a ready-to-use granular product,” Anufriev said.
In the first half of 2020, Recycling Solutions sold more than 825,000 tonnes and 455,000 cubic meters of waste and by-products of domestic enterprises. The company received UAH 343.1 million of gross income and invested UAH 12.2 million in the creation of new processing enterprises, according to the release.
The company said in the press release that since its foundation, Recycling Solutions has attracted more than $15 million of investment in business development and the introduction of recycling technologies. The company employs over 220 people.
UMG Investments starts and develops businesses with high growth potential. 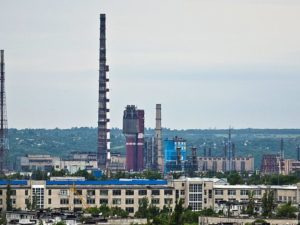 PrJSC Severodonetsk Azot, part of Group DF belonging to businessman Dmytro Firtash, in 2019 tripled production of mineral fertilizers, to 384,090 tonnes, the group’s press service has said.
Production of ammonium nitrate amounted to 371,660 tonnes (3.8 times more than a year earlier), commercial water ammonia to 1,650 tonnes (36.4% more), carbamide-ammonia mixture to 10,780 tonnes (doubled). Production of non-concentrated nitric acid amounted to 296,200 tonnes, which is 3.7 times more than a year earlier.
“The large-scale and important project for us over the year is the start of production at the new UAN liquid fertilizer plant. The result is as follows: we produced twice as many UANs as a year earlier, when we used the temporary UAN production technological scheme,” the press service said citing chairman of the board Leonid Buhayev.
The report also noted that in addition to the installation of the UAN production facility, projects for the modernization of the ammonia-refrigeration unit in ammonia production workshop 1-A, overhauls in the nitric acid production workshop, the steam supply and general communications department, and a number of other divisions became important for the enterprise’s work.
According to the press service, the total capital investment of the enterprise last year amounted to UAH 32.73 million.
PrJSC Severodonetsk Azot is one of the largest Ukrainian chemical enterprises. It has been part of Group DF since 2011. The core business of the enterprise is production of mineral nitrogen fertilizers. 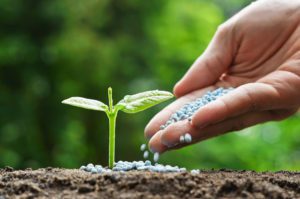