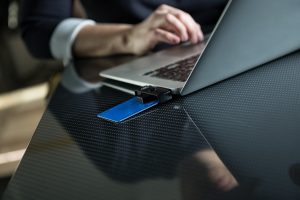 A group of MPs has registered bill No. 4245 with amendments to the Budget Code on the electronic residency mechanism, which implies a preferential income tax rate of 5%, in the Verkhovna Rada.
According to the information on the parliamentary website, the bill was registered on October 21 by MPs from the Holos faction Yaroslav Zhelezniak, Volodymyr Tsabal, Kira Rudik and Halyna Vasylchenko, as well as MP from the Servant of the People Danylo Hetmantsev.
“The idea is simple. If you are an IT specialist from India, China, Pakistan, Germany, or even Belarus, then, being in your country, you can become an electronic resident, that is, an electronic taxpayer. And for this you will pay only one simple tax – 5%, which our sole proprietors pay from turnover,” Zhelezniak said.
According to him, this mechanism may be of interest, in particular, to citizens of Asian countries. On the other hand, this will allow attracting additional funds to the national budget, he said.
“This proposal may not be so interesting to the United States or the EU, but it will definitely be interesting to other countries, especially Asia, the East, which have not a better reputation and more complex tax legislation compared to the Ukrainian one,” Zhelezniak said.