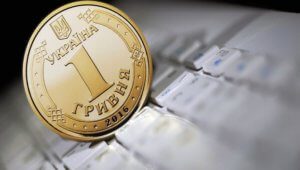 The National Bank of Ukraine (NBU) is technically ready to issue the electronic hryvnia, although the central bank continues studying the expediency of issuing it, head of the financial sector reform department at the NBU Yevhen Stepaniuk has said. “A pilot project on the technical issue of the electronic monetary unit of Ukraine has been launched. From the technical point of view, there is a high level of readiness, but from the point of view of the expediency of issuing and going beyond the pilot’s limits, this issue is still being studied,” he said at a roundtable at the NBU on Thursday.
As reported, at the end of 2016, the NBU launched a research project on the possible introduction of e-hryvnia – the national currency based on blockchain technology.
According to the regulator, e-hryvnia can allow minimizing transaction costs for transferring money from one player in the payment market of Ukraine to another and simultaneously to conduct them with almost instantaneous speed. 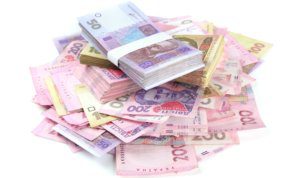 The National Bank of Ukraine (NBU) has approved the acquisition of 51% of shares in public joint-stock company Bank Lviv by Switzerland’s responsAbility Participations AG, the asset management company. The NBU said on its website that the decision was made on June 23.
Bank Lviv earlier reported that the package of documents to approve the acquisition by the new strategic investor was submitted on September 12, 2017.
Bank Lviv was registered in 1991. Its ultimate beneficiary holding over 99.9% of shares was citizen of Iceland Margeir Petursson.
The bank ranked 44th among 84 operating banks in terms of assets as of January 1, 2018 (UAH 1.938 billion), according to the NBU.
According to a posting on the website of responsAbility Participations, 60% of its shares belong to Swiss financial institutions, including Baumann&Cie, Raiffeisen Switzerland, Swiss Re Foundation, Vontobel Beteiligungen, 21% – to private investors and 19% – to managers and employees.
The core business of responsAbility Participations is investment in developing markets. 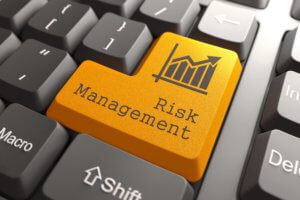 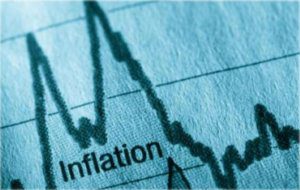 The National Bank of Ukraine (NBU) confirmed the forecast for 2018 inflation at 8.9% in April. “According to the estimates of the National Bank, the deviation of the actual inflation in April from the forecast is insignificant and can be leveled out in the following months. In addition, the monetary conditions are still tough enough to ensure a gradual decline in consumer inflation in accordance with the forecast of the National Bank (8.9% year-on-year at the end of 2018) and its return to the target range in mid-2019,” the NBU reported.
According to the State Statistics Service, in April consumer inflation continued slowing down for the third consecutive month and amounted to 13.1% year-on-year (compared to 13.2% in March). Inflation in monthly terms decreased from 1.1% in March to 0.8% in April.
“Although the National Bank expected inflation to decline year-on-year, its April figure slightly exceeded the forecast published in the Inflation Report for April 2018, mainly due to the influence of the most volatile components,” the National Bank said in a statement.
The National Bank at the end of October last year worsened the inflation forecast for 2018 from 6% to 7.3%, in January this year to 8.9%, while the Cabinet of Ministers from 7% to 9%.
The NBU, to curb price increases, from March 2 raised the refinancing rate to 17% from 16%. 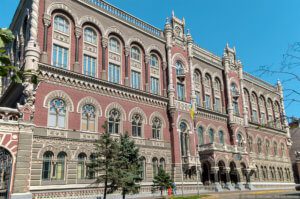 Ukraine’s international reserves grew by 1.3% in April 2018 and amounted to $18.421 billion as of May 1, 2018, according to tentative data published on the website of the National Bank of Ukraine (NBU). According to the NBU, the main source of replenishment of reserves, as in the previous months, was the purchase of foreign currency in the interbank market.
“The prolonged excess of the supply of foreign currency over demand in the interbank market allowed the NBU to continue buying out surplus foreign currency to build up reserves, while not counteracting the strengthening of the hryvnia exchange rate,” the central bank said.
The NBU bought $326.7 million in the interbank market in April, including $146 million during interventions at the best rate, $80 million at a single rate, and $100.7 million at foreign currency auctions.
The NBU recalled that in the second quarter of 2018, it intends to buy $10 million daily on the interbank foreign exchange market to replenish Ukraine’s international reserves.
In addition, the central bank last month sold $24 million during interventions in the form of request for a better exchange rate. Thus, the net purchase of foreign currency amounted to $302.7 million.
The level of reserves was also positively influenced by the placement of government domestic loan bonds denominated in foreign currency for a total of EUR 83.6 million.
The expenditure of international reserves in April was mainly related to government payments for servicing and repayment of public and publicly guaranteed debt in foreign currency.
“The amount of payments in April was $127.4 million, including $30.8 million for servicing government domestic loan bonds denominated in foreign currency,” the NBU said.
In addition, the amount of reserves was influenced by the revaluation of financial instruments (change in market value, the hryvnia exchange rate against foreign currencies) for $59.2 million and other transactions for $11.3 million.
In general, as of May 1, 2018, the volume of international reserves covers 3.3 months of future imports and is sufficient to fulfill Ukraine’s obligations and current operations of the government and the central bank. 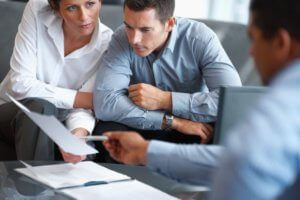