TURKEY AND UKRAINE AT FINAL STAGE OF NEGOTIATIONS ON FTA 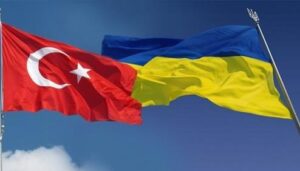 Ukraine and Turkey are at the final stage of negotiations on a free trade area (FTA) after large moves made in the negotiation process, First Deputy Prime Minister, Minister of Economy Oleksiy Liubchenko said in an exclusive interview with Interfax-Ukraine.
“By the way, negotiations on an agreement on FTA with Turkey are now almost on completing. There have been significant positive moves in the negotiations,” he said.
Liubchenko also said that Ukraine had carried out preparatory work for negotiations with Tunisia, Egypt and Jordan.
Speaking about other areas of work of the Ministry of Economy in terms of international trade, he noted the unblocking of the work of the interdepartmental commission with Kazakhstan, following the meeting of which the ministry receives feedback from the parties.
“We are also systematically working with China, coordinated by Deputy Prime Minister Olha Stefanishyna. We have begun a joint study of the possibility of a free trade area agreement. The results will be known next year. On this basis, a political decision will be made whether to start negotiations. We are also actively working on preparations for negotiations with Indonesia and Vietnam,” he said.

U.S. SECRETARY OF STATE CALLS HIS NEGOTIATIONS IN UKRAINE PRODUCTIVE 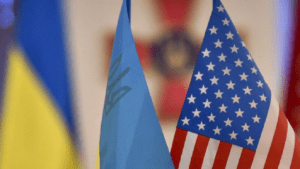 U.S. Secretary of State Antony Blinken believes that his talks in Kyiv with Ukrainian officials during his visit to Ukraine were productive.
“Productive time spent in Kyiv with President Zelensky and all those with whom I met,” he said on Twitter.
The Secretary of State noted that “the United States is resolute in the face of Russian aggression and in our support for the reform work needed to ensure a sovereign, democratic, and prosperous future for Ukraine.”
During a two-day visit to Kyiv, Blinken met and held talks with President Volodymyr Zelensky, Prime Minister Denys Shmyhal and Foreign Minister Dmytro Kuleba. 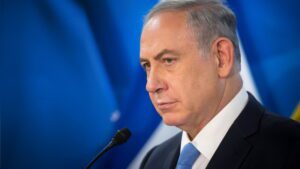 The Ukrainian authorities have offered Israeli Prime Minister Benjamin Netanyahu to become a mediator during the negotiations between Kyiv and Moscow, Ukrainian Ambassador to Israel Yevhen Korniychuk said on the Israeli TV channel i24NEWS.
The diplomat explained that this decision is due to the fact that Netanyahu has good relations with both President of Ukraine Volodymyr Zelensky and President of the Russian Federation Vladimir Putin.
“I am glad to report that the prime minister did not say no. He said that he would try to do everything in his power. We are glad that Mr. Netanyahu did not reject this mission, but on the contrary, he showed his interest and willingness to help,” noted Korniychuk.
As reported earlier, Israeli Prime Minister Benjamin Netanyahu called for the expansion of friendship and cooperation with Ukraine. 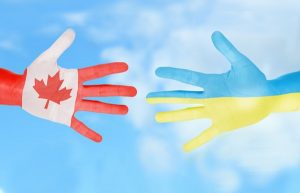 During the first telephone conversation, Ukrainian Foreign Minister Dmytro Kuleba and Canadian Foreign Minister Marc Garneau agreed to begin negotiations in the near future on expanding the provisions of the Free Trade Agreement (FTA) between Ukraine and Canada in the sphere of services and investments, the Ministry of Foreign Affairs of Ukraine reported.
“The ministers discussed the intensification of interaction between Ukraine and Canada in the political, security, defense, trade, investment and migration spheres,” the Ukrainian Foreign Ministry said on Tuesday.
Kuleba also expressed gratitude for the work of the Canadian UNIFIER training mission in Ukraine. “Canada, with actions, not just words helps strengthen the security and defense sector of Ukraine. The Canadian instructors of the UNIFIER mission share important experiences and practices for transforming our armed forces in accordance with NATO standards. This is an example of cooperation between close partners,” the press service of the foreign policy department quoted the minister as saying.
The ministers welcomed the launch of the Ukrainian-Canadian working group on mobility issues to strengthen interpersonal ties. The Ukrainian Foreign Minister proposed to hold its first meeting next month and confirmed the interest of the Ukrainian side in concluding a bilateral agreement on youth exchanges.
“Kuleba informed the interlocutor about the priorities of the Crimean platform as a platform for consolidating international efforts to de-occupy Crimea and invited the Canadian side to take part in its inaugural summit this year. Garneau assured that Canada will continue to steadily support the sovereignty and territorial integrity of Ukraine,” the Ministry of Foreign Affairs of Ukraine reported.
The ministers paid special attention to the topic of countering the COVID-19 pandemic and vaccination of the population.
In addition, Kuleba and Garneau stressed the importance of coordinating further actions and forming common positions in preparation for the next stage of negotiations with Iran to bring to justice those responsible for the downing of Flight PS752 and to achieve justice for the victims of the tragedy and their families.
Finally, the interlocutors confirmed a mutual invitation to carry out working visits after the normalization of the epidemic situation. 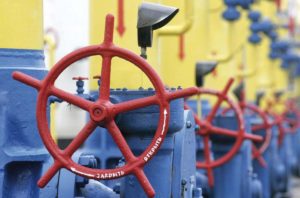 The trilateral talks in the Ukraine-Russia-European Commission format on transit of Russian gas across Ukraine in 2020 would be resumed in September 2019, Vice President of the European Commission Maros Sefcovic has said.
He said in Strasbourg, speaking to deputies of the European parliament of the new convocation after the EU Summit meeting that the trilateral talks by him will be resumed in September.