INTRODUCTION OF STRICT QUARANTINE IN UKRAINE TO DEPEND ON VACCINATION COVERAGE 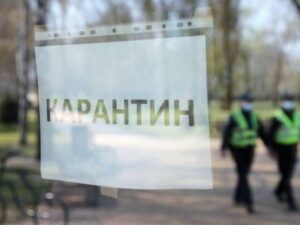 The introduction of strict quarantine in Ukraine will depend on the rate and coverage of vaccinations, said Deputy Minister of Health, Chief State Sanitary Doctor Ihor Kuzin.
“Now we use adaptive quarantine, which works according to fixed indicators. We have a general condition: if in two or more regions for a certain time, two or more indicators are exceeded, then Ukraine will move to the next epidemic level – that is, ‘yellow,’ ‘orange’ or even ‘red.’ Therefore, it all depends on how quickly the vaccination of risk groups and the bulk of the population will be completed, and how many cases will be registered,” he said in an interview with Ukrayinska Pravda ezine.
Kuzin added that so far there are no signs of an outbreak in Ukraine, and most regions are at the plateau level. However, Kyiv, Kharkiv and Luhansk regions show a threatening trend, where it is necessary to strengthen the system for identifying and isolating contact persons.
At the same time, Kuzin stressed that after the completion of testing of internal COVID-certificates, the Ministry of Health will work on the introduction of certain “privileges” for vaccinated people.
“The main idea that was used in other states, and which Ukraine is most likely to use, is the maximum use of the internal digital certificates. It should become a conditional pass. Now internal certificates are only being tested, while there is no information on how it will work at one or another level of epidemic danger. We will be thinking it over after testing is complete. It will be a QR code that will show that a person is vaccinated or ill, has a negative PCR or antigen test,” the deputy minister said.
Kuzin added that with the introduction of such certificates, it is necessary to “maintain a balance between human rights”, because a certain part of Ukrainians cannot receive a vaccine due to medical contraindications.
The deputy minister stressed that the mask regime in Ukraine would not be canceled yet. This issue will only be considered when the majority of the population is vaccinated and there is no risk of transmitting the infection. 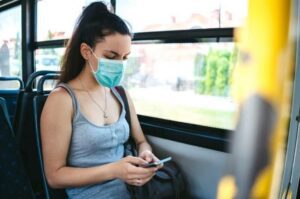 The Cabinet of Ministers of Ukraine extended quarantine in Ukraine until August 31, 2021 and established new quarantine restrictions at the Wednesday meeting, the Health Ministry’s press service has said.
According to the statement, a “green” level of epidemic danger is established throughout the country, at which the mask regime is maintained in public transport during mass events.
The work of catering, entertainment venues (nightclubs), cinemas and halls of other culture sectors, as well as other public events are allowed, provided that the mask regime is observed. 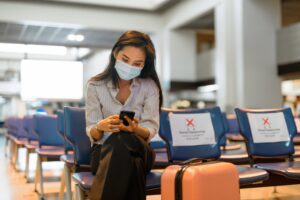 As of June 9, all Ukrainian regions entered ‘green’ quarantine zone.
According to the press service of the Ministry of Health, the weakest quarantine restrictions are in effect in the “green” zone, including this level allows revising the approaches to anti-epidemic restrictions in terms of easing.
The “green” level is set simultaneously throughout Ukraine, if, in particular, the detection rate of cases of COVID-19 infection by PCR and by determination of the SARS-CoV-2 antigen is less than 5%.
In addition, the “green” level in the country is established if the incidence in at least 13 regions of Ukraine is less than 50% of the epidemiological threshold. 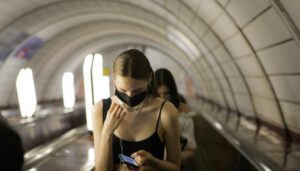 The Ministry of Health of Ukraine will propose to the Cabinet of Ministers to extend the quarantine for the summer period while maintaining the main quarantine restrictions, said Health Minister Viktor Liashko during a government meeting on Wednesday.
“We will invite the government to consider extending the quarantine restrictions for the summer period. We must leave the main restrictions, in particular, the mandatory wearing of masks in public places, transport, as well as keeping a distance. If the situation worsens, we will promptly respond and introduce ‘yellow,’ ‘orange’ or ‘red’ epidemiological level,” he said.
Liashko added that the Ministry of Health had already developed proposals for a model of stay and activity in a “green” level of epidemic danger, which will provide more opportunities for recreation in the summer, business and travel.
“In particular, we plan to abolish the requirements for the occupancy of the halls, allow the full functioning of gyms and simplify the process of passing the borders for returning from vacations,” the minister said. 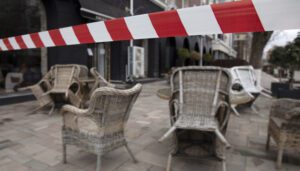 The Cabinet of Ministers of Ukraine has eased quarantine restrictions, allowing, in particular, the holding of mass events (including in entertainment venues [nightclubs] and catering establishments) with the condition of one person per 4 square meters of the area of ​​the building, territory or the fullness of the halls for more than two-thirds of the seats (placement is carried out in compliance with the filling of two rows by visitors and one empty row). This is enshrined in resolution of the Cabinet of Ministers No. 583 of June 2, 2021.
In addition, restrictions do not apply provided that all participants and organizers of the event have a negative test result for COVID-19 by a PCR or rapid antigen test conducted no more than 72 hours before the event, or a document confirming the receipt of the full course of vaccination.
It is also allowed to receive visitors in cinemas and other cultural institutions with a capacity of no more than two-thirds of the seats.
In addition, the “green” level of epidemic danger will be established if the number of detected new cases of COVID-19 infection per 100,000 population in the last 14 days is less than 75, the detection rate of cases of COVID-19 infection by a PCR or rapid antigen testing is less than 4%, the number of tests by a PCR or express testing during the last seven days per 100,000 of the population is more than 300, and there are no regions with an established “red” level of epidemic danger throughout Ukraine. 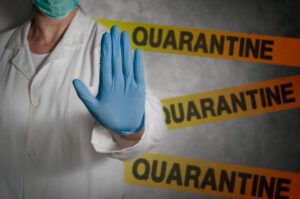 From Saturday, May 1, Kyiv plans to weaken quarantine restrictions, said mayor of the capital Vitali Klitschko during a briefing.
“This morning, the State Commission on Environmental Safety, Manmade Disaster and Emergency Response of the city decided to weaken anti-epidemic measures in the capital. We hope that the State Commission will also decide to review the level of epidemic danger and withdraw the capital from the ‘red’ zone,” the mayor’s press service quoted him as saying.
Klitschko noted that from May 1, all ground public transport and the metro will restore passenger transportation in the usual mode.
“In compliance with previously defined anti-epidemic norms and rules. But I urge residents of the capital to use public transport only in case of emergency,” the mayor of Kyiv said.
He noted that from May 1, the operation of trade establishments, shopping and entertainment centers, markets, fairs, catering establishments, gyms and fitness centers will be restored.
“However, the owners of these establishments must understand that they work only in compliance with all safety standards! It is in your interests, because if the situation worsens again, new restrictions cannot be avoided!” stressed Klitschko.
The mayor of the capital also said that Administrative Service Centers will resume their work, however, they will host visitors by appointment through electronic services.
“From next Wednesday, May 5, the city will restore the educational process in general education institutions, preschool and higher educational institutions. Also, the capital will restore the acceptance of documents for enrolling children in the first grade for the next academic year,” the mayor of Kyiv said.