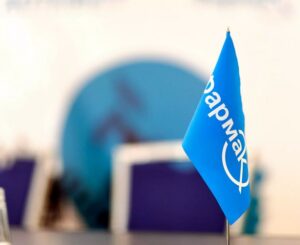 The development of R&D and product portfolio will become one of the key aspects of the new development strategy of Farmak pharmaceutical company (Kyiv) until 2028.
The company told Interfax-Ukraine that along with these areas, Farmak will focus on launching the Biotech area, entering the U.S. market and strengthening its positions in the CIS countries.
“The new strategy is based on four key priorities for the development of the enterprise: take the position of an unattainable leader in Ukraine, consolidate and develop success in the CIS countries, become a successful player in the global market, strengthen the employer’s brand and be a company employing the best market specialists,” it said.
Farmak noted that in previous years, investments were made in production facilities.
“Now the company operates a new modern aseptic production, the equipment of six workshops has been updated, a new plant for the production of APIs has been opened in Shostka (Sumy region). The key aspects of the new strategy are the development of R&D and product portfolio, the launch of the Biotech direction, entry into the U.S. market and the strengthening of positions in the CIS countries,” the company said.
It is specified that Farmak will continue its strategy of reinvesting in development up to 90% of the received profit. The overall dynamics demonstrates the annual growth of the company’s financial indicators. Capital investments in 2020 amounted to UAH 1.3 billion, which is 78% more than in 2019. In the first half of 2021, sales revenue shows an increase of 28.3% compared to 2020, capital investments amounted to UAH 756 million, which is 12% more than in the first half of 2020.
In addition, the company stressed the importance of human resource development.
“The transformation of the company into an international one requires the involvement of specialists with unique knowledge, so it is necessary that all employees have a high level of English proficiency. Now it is planned to create international teams and exchange of personnel between the parent company and subsidiaries. This will help synchronize and strengthen the teams, provide new knowledge and will open up new horizons for the implementation of the set goals,” Farmak said.
As specified, in the course of implementing the strategy, Farmak plans to increase the global export of target products.
“Since the beginning of the year, the company has extended its presence in Latin America, opened an office in the UAE and a representative office in Vietnam. In the future, an even larger-scale entry into international markets is planned. One of the most important steps is entering the U.S. market, as well as the localization of business in Uzbekistan, which occupies 50% of the structure of shipments to the CIS countries,” Farmak added.
In addition, it is planned to improve the portfolio through a focus on new drugs.
“Farmak sees the future in the development of modern, high-tech drugs. In 2023, it is planned to open a new R&D center, which will significantly expand the scientific base, will allow developing drugs that are in demand all over the world, for example, developing an oncological portfolio. Special attention will be paid to for the launch of the Biotech direction. In matters of biotechnological medicines Farmak closely cooperates with consultants from Germany, Spain and the United States,” the company stressed.
In addition, the company noted the role of total digitalization of production processes. In particular, in the coming years, a complete transition to electronic quality certificates, electronic research protocols, electronic dossiers, and e-serialization of products is planned.
As reported, in September 2021, Farmak presented the new development strategy “Farmak 2.0: from local to global success.” A detailed plan has been developed until 2028, the main goal of which is transformation from a local leader into an international company.
Farmak is the leader of the Ukrainian pharmaceutical market. The product portfolio includes more than 220 complex component modern medicines. Among the main directions are endocrinological, gastroenterological, cardiological, neurological, anti-cold and other drugs. 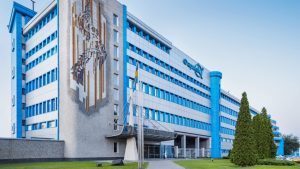 The Farmak pharmaceutical company (Kyiv), thanks to the decision of Kyiv City Council to sell a land plot to the pharmaceutical company, plans to develop an R&D cluster project.
According to a press release on the company’s website, on February 11 this year, Kyiv City Council, by an absolute majority of votes, decided to sell the company the land on which the production facilities of Farmak plant have been located for 95 years.
The intended use of land defined by the document is the operation and maintenance of a complex of buildings and structures.
“Farmak expresses gratitude to the deputies for supporting the development of a virtuous and transparent business. Production facilities, research facilities, the laboratory and technical complex of the enterprise are internationally certified and meet the high requirements of European standards. Now, thanks to the positive decision of the city council, we will be able to implement another ambitious project – the creation of a pharmaceutical R&D cluster to build up scientific and technical potential,” executive director of the company Volodymyr Kostiuk said.
He recalled that over the past 25 years, Farmak has invested more than $ 300 million in the modernization of the enterprise.
Technical director of Farmak Andriy Goy, in turn, emphasized that the creation of the R&D cluster will be a step forward towards the development of biomedical research and development in Ukraine and an important step towards the transformation of Kyiv into the capital of the European level.
“The main capital of Kyiv should be precisely an intellectual product,” he said.
The company is confident that the emergence of an R&D cluster will contribute to an increase in revenues to the city budget from knowledge-intensive sectors of the economy. 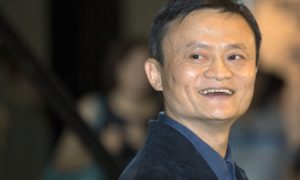 Ukrainian President Volodymyr Zelensky has proposed to the founder of Alibaba Group Jack Ma to open an R&D center in Ukraine for expanding operations in Europe.
Zelensky expressed interest in cooperation during a meeting with Ma in Kyiv, the president’s press service reported last week.
“We have very ambitious goals. We want to completely reboot Ukraine so that people like you appear in the country,” Zelensky said during the meeting.
He told Ma about the State in a Smartphone project and stressed the importance of digital technology in transforming the country. He said that he was interested in joint educational projects in the field of information technology.
Zelensky also said that Ukraine has one of the best data analytics specialists in the world and can offer a really strong expertise to create a data analytics and artificial intelligence center.