IN UKRAINE RECORD NUMBER OF PEOPLE VACCINATED AGAINST COVID PER DAY 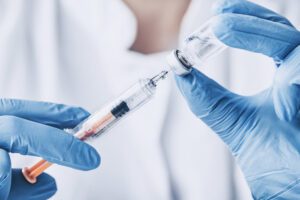 The Ministry of Health announced a record number of citizens vaccinated against COVID-19, a total of 97,130 people were vaccinated on June 25.
“A record number of vaccinations per day in Ukraine! 97,130 people were vaccinated against COVID-19 on June 25, 2021,” the Ministry of Health’s Telegram channel said on Saturday.
A total of 36,540 people received one dose, 60,590 citizens were fully immunized.
Since the beginning of the vaccination campaign, 1.871.511 people have been vaccinated, of which 1.871.509 people received one dose, 550,966 people are fully immunized (two doses) (two of them are abroad).

EXPORT OF HONEY FROM UKRAINE IN 2020 REACHED AN ABSOLUTE RECORD 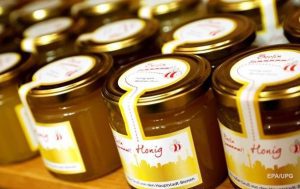 Export of honey from Ukraine in 11 months of 2020 reached an absolute record – 69,084 tonnes with a total value of $117.5 million, national consultant to the Food and Agriculture Organization of the United Nations (FAO) Hanna Burka has said.
“There is less than a month left before the start of the New Year 2021, but there is already a record for the export of honey. Its export from Ukraine in 11 months of 2020 reached an absolute record – 69,800 tonnes for a total of $117.5 million. The previous record was set in 2017 – 67,800 tonnes ($133.9 million),” she wrote on her Facebook page.
According to the expert, high demand for Ukrainian honey is observed from the countries of the European Union. It is due to a number of reasons: uncertainty with the further development of the situation with COVID-19, respectively, the active formation of residues for the entire 2020/21 season; poor honey harvest in the EU: according to preliminary estimates, its harvest fell by 40% due to unfavorable weather conditions.
Ukraine in 2019 exported 49,740 tonnes of honey (12 months), in 2018 – 41,740 tonnes.

RECORD-HITTING SURPLUS OF $4.3 BLN POSTED FOR CURRENT ACCOUNT IN UKRAINE IN Q2 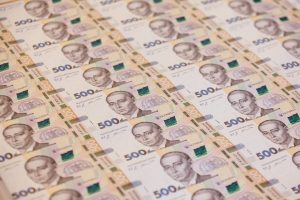 The current account of the balance of payments in April-June posted a record-hitting surplus of $4.3 billion, according to the inflation report of the National Bank of Ukraine (NBU), posted on its website last week. “In H1 2020, exports showed greater resilience to the effects of the crisis than imports, among other things due to relatively more stable external demand for foods. In contrast, imports of goods and services plunged as domestic demand narrowed, energy prices fell further, and tourism halted,” the NBU said.
According to NBU estimates, the consolidated balance of payments of Ukraine in the second quarter showed a deficit of $100 million, while in the April forecast the regulator expected a surplus at the level of $200 million.
According to the report, the export of goods and services in the second quarter decreased by 12.1% compared to the same period last year (year-over-year), to $13.2 billion, including due to weakening global economic activity, depletion of stocks of certain grains and low global prices for metals and corn.
In general, the export of food products in the second quarter of 2020 decreased due to the rapid depletion of corn and soybeans, high competition in the grain market and a decrease in demand from biofuel producers, as well as, despite an increase in the supply of fertilizers and plastics, exports of chemical products decreased amid deteriorating external pricing environment.
In addition, the decline in exports of metallurgical products plunged due to a further contraction of external demand and a decrease in global prices and exports of engineering products, including due to a decrease in external orders for the supply of railway cars.
According to the document, by the end of April-June 2020, imports of goods and services fell sharply (by 27.7% year-over-year) due to a significant narrowing of domestic demand and the closure of borders, to $12.3 billion. In particular, imports of products engineering decreased significantly, and the decline in imports of components for alternative energy has increased due to uncertainty regarding the legal framework for this type of activity.
Imports of industrial products also decreased amid weakening consumer demand, while imports of food products continued to grow. In addition, imports of chemical products decreased as a result of an increase in domestic production of fertilizers, which was lower than the volume of purchases of household chemicals, as well as amid lower prices for energy. According to the NBU, the decline in energy imports has also deepened due to the decline in prices (by almost 50% year-over-year).
Despite the expected decline in the volume of transfers, their fall was less than forecast (up to 60% year-over-year) – it was 15.3%. “This was facilitated by the active return of Ukrainian workers to work abroad and a more stable demand for labor migrants in recipient countries (in particular Poland),” the NBU said.
According to the forecasts of the central bank, the current account of the balance of payments in Q3 2020 will be with a surplus of $400 million, in Q4 – with a deficit of $600 million, and by the end of the year the surplus will amount to $6.5 billion.
According to NBU estimates, the consolidated balance of payments of Ukraine at the end of Q3 will be reduced to zero, at the end of Q4, the surplus will amount to $400 million, and in 2020 – $1.5 billion. 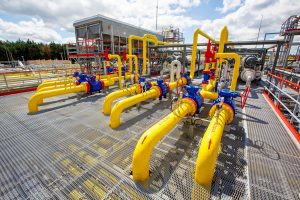 GRAIN HARVEST IN UKRAINE COULD HIT RECORD OF 80 MLN TONNES 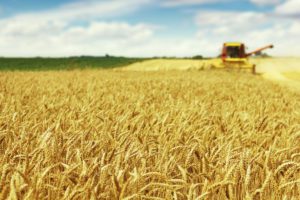 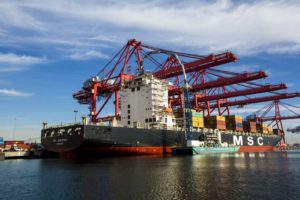