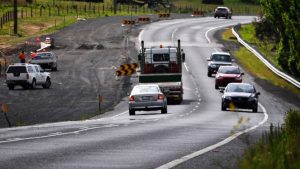 BIG CONSTRUCTION ROADS IN UKRAINE TO ALWAYS BE FREE 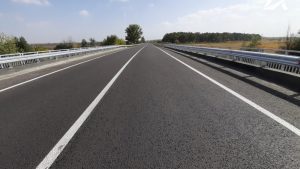 Ukravtodor (the State Automobile Roads Agency of Ukraine) denies information that a number of roads, renovated and built as part of the Big Construction, will soon become toll roads, the ministry’s press service reports on Facebook.
“On December 23, 2020, at a government meeting, a resolution was approved that sets the maximum amount of payment for one-time travel on roads that are built under the concession. There is not a single road built at the expense of private investors in Ukraine yet. That is, none of the Big Construction roads can become toll this year. The only purpose of the resolution is to create conditions for starting a dialogue with investors on the implementation of concession projects in Ukraine,” Ukravtodor reported.
The press service of the department also said that the construction of concession toll roads necessarily involves a free alternative.
Ukravtodor reported that in November, together with the IFC and the Ministry of Infrastructure, they presented a public-private partnership program in the road industry.
“At the first stage, it is planned to transfer to investors six pilot sections of roads with a total length of 1,400 kilometers. On these sections, the investors have no right to charge a toll, but they will earn on roadside infrastructure and availability payments from the state road fund,” the message says. 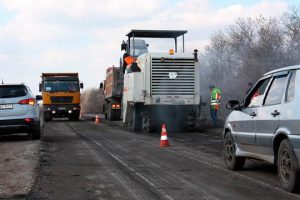 3,900 KM OF ROADS IN UKRAINE AT FINAL STAGE OF RECONSTRUCTION 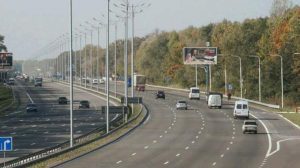 There are currently 3,900 km of roads at the final stage of reconstruction in Ukraine (the last sphere of asphalt concrete is being commissioned, completed or is being completed), Head of the State Automobile Roads Agency of Ukraine (Ukravtodor) Oleksandr Kubrakov said in during the presentation of the results of his team’s work during the year on Tuesday.
Among the leaders in road commissioning, he indicated Kharkiv (261.6 km), Zakarpattia (248.3 km), Zaporizhia (220.2 km), Sumy (197.2 km), Khmelnytska (194.3 km), Cherkasy ( 162.9 km) and Lviv (154.9 km) regions.
In addition, Kubrakov said that out of 100 artificial structures that Ukravtodor planned to renovate in 2020, 78 have already been reconstructed. In particular, this is the reconstruction of two bridges on the road R-62 Kryvorivnia – Ust-Putyla – Stary Kuty – Vyzhnytsia – Storozhynets – Chernivtsi; overhaul of the overpass on the road M-12 Stryi – Ternopil – Kropyvnytsky – Znamianka; reconstruction of the bridge on the road N-08 Boryspil – Dnipro – Mariupol.
“Yesterday, a bridge was put into operation in the village of Bushtyno [Zakarpattia region]. It began to be built in 2006, construction was stopped in 2009. The temporary bridge was already falling apart there. It was a question that the road of national importance would simply remain without connection,” he said.
In addition, the construction of a bridge across the Prut River in the village of Marshyntsi on the T-26-06 road (concreting of the roadway, active work at the facility began a couple of months ago), a bridge across the Lukva River in the village of Bodnariv on H-10 road, crossing between the villages of Stary Martyniv and Sivka-Voinylivska on T-09-10 road are nearing completion.
In 2020, Ukravtodor plans to repair 4,200 km of national roads. 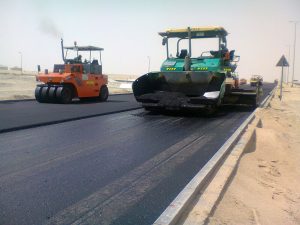 The State Roads Agency of Ukraine (Ukravtodor) intends to repair 6,800 km of roads in 2021, said head of the agency Oleksandr Kubrakov.
“In 2020, the road sector has become a state priority. The program for 2020 envisages 4,000 km of roads. In 2021, we plan to repair and build more than 6,000 km of roads,” he said during an online presentation of the first public-private partnership program on Thursday. 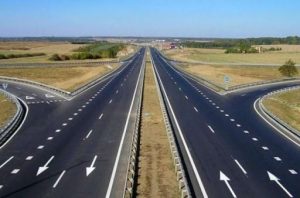 The State Roads Agency of Ukraine (Ukravtodor) considers one of its priorities for 2021 to update roads leading to checkpoints on the border of Ukraine, the agency’s Telegram channel reported on Thursday.
“This will contribute to the growth of exports, transit and tourism,” the press service of the agency quoted chairman of Ukravtodor Oleksandr Kubrakov as saying.
He also noted that this year the road M-07 Kyiv – Kovel – Yahodyn (to Lublin) is being renewed within the framework of the national program “Big Construction”. In particular, the reconstruction and extension of the section of the roadway to the first category have already been carried out. The plans are for M-07 (the entire route after Kovel and up to the border) to become the first category highway.
Extension to the first category was also carried out on the N-22 Kyiv – Rivne highway.
In total, 156 km of national roads are being renovated in Volyn this year, of which the top layer has already been laid on almost 100 km.