DMZ INCREASES PRODUCTION OF ROLLED PRODUCTS BY 12 TIMES IN H1 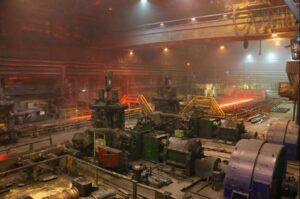 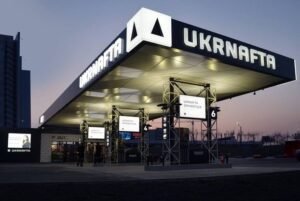 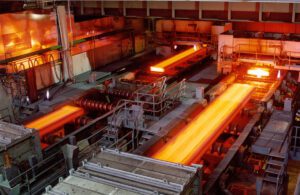 Electrometallurgical plant Dniprospetsstal (Zaporizhia) in January-April this year increased the output of finished rolled products, according to operational data, by 19.1% compared to the same period last year – up to 56,000 tonnes.
Steel production during this period increased by 13.4% – up to 76,000 tonnes, the enterprise told Interfax-Ukraine.
In April, 21,000 tonnes of steel were smelted; 14,000 tonnes of rolled products were produced.
As reported, Dniprospetsstal in 2020 increased the output of finished rolled products by 1.3% compared to 2019, to 154,000 tonnes, steel by 2.7%, to 225,000 tonnes.
Dniprospetsstal is the only Ukrainian manufacturer of long products and forgings from special grades of steel: stainless, tool, high-speed, bearing, structural, as well as from heat-resistant nickel-based alloys.

Mariupol-based Illich Iron and Steel Works (Donetsk region), part of Metinvest Group, in January-February this year increased the production of general rolled products, according to recent data, by 19% compared to the same period last year, to 660,000 tonnes.
As the enterprise told Interfax-Ukraine, steel production during this period increased by 3.7%, to 700,000 tonnes, cast iron by 15.2%, to 765,000 tonnes, and sinter by 14.3%, to 2.152 million tonnes.
In February, the plant produced about 300,000 tonnes of general rolled products, 340,000 tonnes of steel, 410,000 tonnes of cast iron, and 1.07 million tonnes of sinter.
Metinvest is a vertically integrated group of mining companies. Its main shareholders are SCM Group (71.24%) and Smart-Holding (23.76%), jointly managing the company.
Metinvest Holding LLC is the managing company of Metinvest Group. 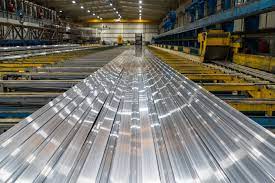 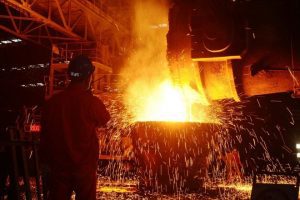 Dniprovsky Iron and Steel Works (DMK, Kamianske, Dnipropetrovsk region), part of the Industrial Union of Donbas (ISD) corporation, in January-February of this year, increased the production of general rolled products, according to recent data, by 3% compared to the same period last year, to 415,000 tonnes.
As the representative of the enterprise told Interfax-Ukraine, during this period the plant increased steel production by 4.5%, to 420,000 tonnes and kept the production of cast iron at the level of 375,000 tonnes.
In February, 195,000 tonnes of rolled products, 195,000 tonnes of steel, and 170,000 tonnes of cast iron were produced.
In turn, the economic planning department of the plant said that in February 2021 it reduced the production of commercial metal products to the level of 192,813 tonnes.
“Last month, the target was fulfilled only in the rolling shop. Sinter, blast furnaces and converters worked in the negative indicator,” according to the company’s information.
At the same time, it is said that the sinter shop produced 284,736 tonnes of sinter, which is 91.9% of the target. In addition, with the target of 181,906 tonnes of cast iron, 171,040 tonnes were produced in February, which is 6% less.
The target for steel production was fulfilled by 96.2% – 193,280 tonnes were produced, which is 7,702 tonnes less than the target. In the total steel production, the amount of commercial steel amounted to 129,929 tonnes, while the target was 138,017 tonnes.
The total output of rolled products for the last month was 70,065 tonnes (3,175 tonnes to the target).
In February, the plant shipped 195,707 tonnes of commercial metal products to customers, which is 3.8% less than the established target.
As reported, the plant in 2020 increased the production of general rolled products by 13.3% compared to the previous year, to 2.54 million tonnes, steel by 15.2%, to 2.56 million tonnes, cast iron by 19.2%, to 2.36 million tonnes, and agglomerate by 40.2%, to 4.06 million tonnes.
Dniprovsky Iron and Steel Works specializes in the production of cast iron, steel, rolled products and consumer goods.
The company is controlled by the ISD corporation which was founded in 1995. It is an integrated holding company that owns or manages stakes in mining and metals enterprises.