BRITISH COMPANY TO SUPPLY SOFTWARE TO CENTRAL DEPOSITORY OF UKRAINE 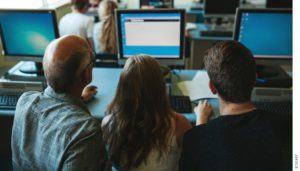 The supervisory board of the National Depository of Ukraine (NDU) has approved a Main Delivery Agreement that signed with Britain’s Percival Software Limited to deliver Depend system software to the central depository and to provide its support within three years.
The cost of software delivery and support services is $330,000 with envisaged preliminary payment for each subsequent quarter, the NDU reported that in the information disclosure system of the Ukraine’s National Securities and Stock Market Commission on August 2.
Percival was founded in the UK in 1986.
It is a developer and vendor of advanced software solutions for central securities depositories all over the world. Since 2008, the company won nine CSD contracts spanning 21 countries.

GERMANY’S ROBOTRON, CONSORTIUM OF COMPANIES INCLUDING SIEMENS TO TAKE PART IN TENDER TO DEVELOP DATAHUB SOFTWARE 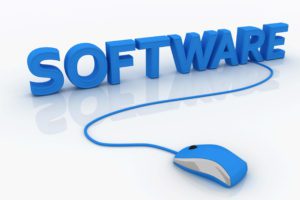 Germany’s Robotron Datenbank-Software GmbH and a consortium of developers consisting of Siemens AG (Austria), Siemens Ukraine, Siemens AS (Germany), Omnetric GmbH (Norway) and IP Systems Informatikai Zartkoruen Mukuodo Reszvenytarsasag (Hungary) will take part in a tender to develop DataHub software for the power commercial accounting administrator, the press service of national energy company Ukrenergo has reported.
“Evaluation of the offers will be held in accordance with the principles and rules of procurement of the International Bank for Reconstruction and Development [IBRD, which financed the project]. Evaluation results are subject to mandatory coordination with the bank,” the company said in the report.
As reported, a total of 14 companies bought papers for the tender as of middle of March.
Initially the tender to create DataHub was announced on September 19, 2017. The tender failed to take place due to the absence of high-quality bids. The repeated tender was launched on September 18, 2018 after the review of tender documents and their approval by the International Bank for Reconstruction and Development, which finances the project. The date of opening bids was postponed several times under requests of bidders, Ukrenergo said.
According to the power commercial accounting code, Ukrenergo is the power commercial accounting administrator on the retail market, which new model was launched on January 1, 2019.
The DataHub is a centralized platform to ensure the data exchange with a single database of the commercial accounting points. Currently distribution system operators and state-owned enterprise Energomarket fulfill this function without the proper software. 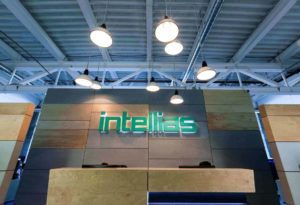 The Ukrainian designer of software Intellias is mulling a possibility of acquiring some companies for further growth, including companies with development centers in Eastern Europe, the co-founder and Board Chairman of Intellias Mykhailo Puzrakov has said in an interview with Die Welt. “So far we have grown organically. I believe, however, that maybe even next year we could start to consider some acquisitions. We are interested in companies that could interact with Intellias: companies with development centers in Eastern Europe, or companies with a client base that could complement ours. In addition, we will consider companies that have some experience or products that will help us gain new customers,” he said.
Puzrakov also announced plans to expand the company’s presence in Berlin next year – now only one employee works in the Berlin office of Intellias.
According to him, today one of the main advantages of Intellias is the ability to quickly scale the team, which is often required by their European customers.
Puzrakov also said that the company has ceased to be a startup, moving into the category of a successful and profitable business, but is still at the beginning of the growth stage.
Intellias was founded in Lviv in 2002. Its offices are located in Kyiv, Lviv, Odesa, Kharkiv and Berlin. 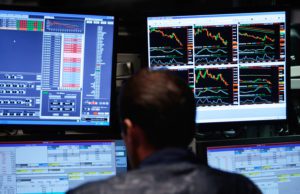 A drop in frequency on the synchronously interconnected Continental Europe system was registered on January 10, 2019 at around 21.00 and the causes of this drop are still under investigation by the European Network of Transmission System Operators for Electricity (ENTSO-E). ENTSO-E gave this information on Wednesday, January 16. The frequency drop was sufficient to alert the TSOs but did not at any moment endanger security of supply, the network said.
A mismeasurement on lines between Germany and Austria was identified and corrected by TenneT Germany. However, this mismeasurement cannot explain the frequency drop on January 10. The investigation, which is still on-going, is reviewing the significant variation in European production around 21.00 which coincided with changes in trade between different countries.
“Given the current automation process of Ukraine’s new electricity market, this incident forces us to seriously think about the quality of software and the timing of its testing. The synchronous area of the integrated power grid of Ukraine is much less than ENTSO-E and the consequences of software errors and inconsistencies more serious than just stopping the trade,” Chief Expert on technological systems, Head of the commercial accounting management group of national energy company Ukrenergo Oleksandr Karpenko said on his Facebook page.
As reported, the Cabinet of Ministers of Ukraine at the end of December 2018 approved an action plan for the harmonization of the united power grid of Ukraine with ENTSO-E. 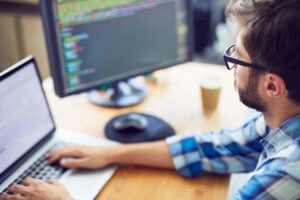 GlobalLogic IT company, the largest software designer in Ukraine, expects that the Ukrainian IT market would grow by 20% in 2018, to over $4 billion, Head of the company’s office in Lviv and Vice-President for Engineering at GlobalLogic Denys Balatsko has told Interfax-Ukraine on the sidelines of Lviv IT Arena 2018. “Assessing the IT market in Ukraine is quite difficult, since most of the companies on it are not public and do not make their financial statements public. We know the number of people working in this industry – according to recent data there are about 120,000. According to statistics released by the state, the amount of funding coming to Ukraine from the sale of IT services abroad is about $3.5 billion, but there is still an internal market, so I think that the figure of $3.5 billion is rather understated,” he said.
According to Balatsko, this year the market is developing very dynamically, and there is very high demand for qualified personnel. “The market growth this year will be about 20%. We are growing faster than the market. I hope we will reach 30% plus by the last year,” he said. The head of the GlobalLogic office in Lviv said that the company estimates that the IT market of Ukraine is experiencing a significant shortage of qualified personnel and engineering talents.
“We are working with universities, helping them to make the program more modern, so that students when graduating higher education institutions could start working right away, and companies do not have to spend half a year on their training,” Balatsko said. He also said that the second significant problem of the Ukrainian IT market is a lack of a mature product industry with a rather strong IT outsourcing market.
GlobalLogic Ukraine is the largest software developer in Ukraine. It has offices in Kyiv, Kharkiv, Lviv and Mykolaiv. 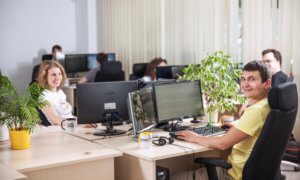 GlobalLogic Ukraine, an IT company, the largest software developer in Ukraine, will open the second office in Lviv on October 12, 2018.
This was announced by the head of the company’s office in Lviv, GlobalLogic Vice President for Engineering Denys Balatsko on the sidelines of the Lviv IT Arena 2018 conference.
“This is a separate building, which was built according to our wishes and allocated completely to our company. Today, about 300 of our engineers have already moved there, but the official opening will take place on October 12,” he said.
According to Balatsko, departments for the development of medical software and embedded solutions will be located in this office.
In the opinion of the company, the question of availability of office premises equipped with serious IT infrastructure is acute in Lviv.
“Now we see a very high demand for office space and companies are often looking for a place where they could find room. There is not enough quality office space,” the expert said.
GlobalLogic Ukraine is the largest software developer in Ukraine. It has offices in Kyiv, Kharkiv, Lviv, and Mykolaiv.