LARGE IKEA STORES COULD BE OPENED IN KYIV IN THE FUTURE 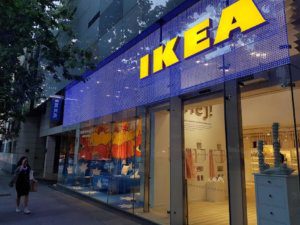 METRO CASH & CARRY UKRAINE TO OPEN ANOTHER FORMAT OF STORES 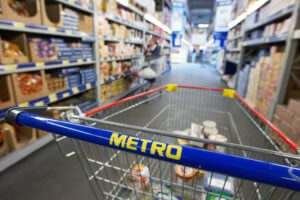 Metro Cash & Carry Ukraine LLC (Kyiv) plans to start opening the Beri-Vezi store with an area of 1,500-2,000 square meters from 2019. The stores will be small wholesale bases for traders, Metro Cash & Carry Ukraine CEO Olivier Langlet has said. “Since we have 25 stores in each regional center of Ukraine, we decided that from 2019 we will continue our expansion in the country and will open satellite stores. These are small shops under the METRO brand, which will provide goods for clients-traders,” he said at a press conference on Tuesday.
According to Langlet, the cost of opening one store of the new format will be EUR 150,000-300,000. These stores are already operating in Lutsk and Ternopil under the METRO Base brand.
The area of the stores of the new format will be 1,500-2,000 square meters, the number of commodity items – no more than 3,000 SKU. The range will include groceries, pastries and beverages.
According to him, the company does not plan to develop large formats like hypermarkets in Ukraine.
“I can’t say now which cities we will probably go to, but we believe that we will open about 15-20 stores of this format… It is better to open more than 20 stores in the regions than one big one, since these are large costs that do not provide return on investment in a short time,” Langlet said. 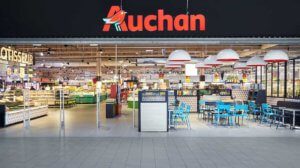 Auchan Retail Ukraine, part of France’s Auchan Holding, in July 2018 would open first proximity stores under the My Auchan brand in Ukraine, where Click and Collect points would be installed.
“Creating a multi-format, responsible and innovative enterprise, Auchan continues its expansion into Ukraine. Now the company has 22 hypermarket and superstore formats and will soon open the first proximity stores under the My Auchan brand to become even closer to customers and accompany them every day,” the company said in a statement.
According to it, the stores, which now operate under the sign of Topmart, require a temporary cessation of activity with the aim of restyling and updating them. So, the Topmart shop at 6A, Williams Street, is closed for restyling on 21 June, the second one will be closed on July 5.
The press service said that stores My Auchan will include their own cooked products, baked products and a cafe.
“In addition to a broader and more diverse range of products, there will also be free Wi-Fi and mobile charging points in the shops. Another feature of My Auchan stores will be the Click and Collect goods outlet, which will allow customers to order online the entire nonfood range of goods represented in the Auchan hypermarkets and get them in their proximity shop,” the company said.