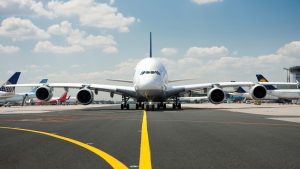 Ten Ukrainian and Turkish companies have applied for participation in the tender for the construction of a new airfield at Dnipropetrovsk airport.
According to the information on the tender page in the ProZorro portal, participants in the tender will be: Ozaltin, Metag Insaat Ticaret AS, ONUR Construction International (all located in Turkey); Altcom, Olvia, SMT No.8, Rostdorstroy, Altis-Construction, Avtomagistral-Pivden (all located in Ukraine), as well as the Ukrainian-Turkish Black Sea Consortium.
“The next step is an auction among selected participants. We plan to hold it in the first decade of December. We made the technical task as simple and transparent as possible for maximum openness and competition of both Ukrainian and international construction companies,” Head of the State Agency for Infrastructure Projects of Ukraine Kyrylo Khomiakov wrote in his Telegram channel.
The expected cost of the main work on the construction of a new airfield in Dnipro is UAH 5.69 billion.
In the 2021 draft budget submitted by the Cabinet of Ministers for the second reading, UAH 1.4 billion is expected for the construction of the airfield.

A tender worth UAH 452 million to repair 25 km of Kropyvnytsky’s bypass road towards Kryvy Rih on the H-23 Kropyvnytsky-Kryvy Rih-Zaporizhia highway was won by a group of road construction companies RDS, the co-founder of the company Yuriy Shumakher has told Interfax-Ukraine.
“We have already formed working brigades in full, and this Saturday [July 4] we are starting construction,” he said.
Schumacher said that the RDS group, as one of the largest players in the Ukrainian road market, understands the importance of the Big Construction project announced by the president, therefore, it is responsible for the quality and deadlines for the work performed.
Turkish Onur Construction International with the best offer of UAH 452.899 million and the Ukrainian-German company Avtostrada with the best offer of UAH 452.9 million also participated in the tender with an expected value of UAH 477.08 million.
The total volume of H-23 road repair in Kirovohrad region this year is 83 km.
RDS Group is included in the top three road construction companies of Ukraine. It includes Kyivshliakhbud and Rostdorstroy. The core business is construction, reconstruction and maintenance of roads and bridges, construction of airfield complexes.
The ultimate beneficial owners of RDS Group are Ukrainian citizens Shumakher and Yevhen Konovalov. 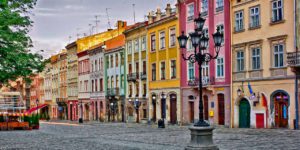 A consortium of Vekto Sp. z o.o. (Poland) and Iridex Group Plastic s.r.l. (Romania) has been recognized the winner of an international tender to implement a project funded by the European Bank for Reconstruction and Development (EBRD) and the government of Sweden for integrated reclamation of a landfill site in the village of Velyki Hrybovychi outside Lviv, Director of Lviv municipal enterprise Zelene Misto (“Green City”) Vadym Nozdrya said in Kyiv. Speaking at a presentation of a campaign to support the project, he specified that this decision had already been agreed with international lenders and the contract with the winner is expected to be signed by the end of this year, which will allow the contractor to begin work as early as at the beginning of 2020.
Lviv Mayor Andriy Sadovy emphasized that the city is extremely interested in the speedy implementation of the project, as today it is forced to spend UAH 300 million annually on garbage collection over the closure of the Hrybovychi landfill.
According to Nozdrya, work on technical rehabilitation in Hrybovychi has been ongoing since July 2019 and should be completed in 2021. During this time, the contractor must perform work on leveling and terracing the entire surface of the landfill, cover it with a technological protective screen and carry out the construction of utility systems.
Active preparations at the landfill are under way: the removal of contaminated soil from the landslide that occurred in 2016, along with the removal of lakes with filtrate water, he said. Hrybovychi landfill rehabilitation costs are estimated at EUR11.8 million, plus EUR1.8 million for work with filtrates. Zelene Misto is the commissioner of the work. 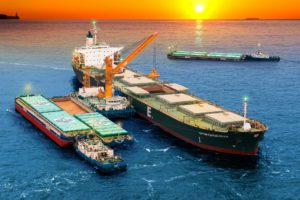 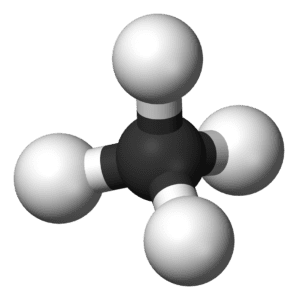 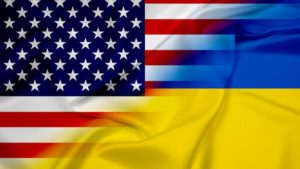 U.S.-based Trident Acquisitions Corp. has been recognized the winner of the tender for the development of the Dolphin hydrocarbon section on the Black Sea shelf on the basis of a production sharing agreement (PSA), company CEO and one of its shareholders Ilya Ponomarev has said. “It was a difficult struggle, but our application was significantly more profitable for Ukraine,” he said on Facebook.
Ex-State Duma deputy Ponomarev, to whom Petro Poroshenko granted Ukrainian citizenship in May of this year, thanked the government and personally Minister of Energy and Coal Industry Ihor Nasalyk for the trust. “We promise not to let you down and to do everything possible to start production as soon as possible!” he said.
As reported, on April 12, 2019, the Cabinet of Ministers announced a tender for the development of hydrocarbons within the Dolphin section on the Black Sea shelf under PSA terms. The term of the agreement is 50 years.