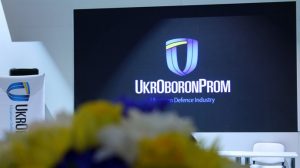 The State Concern Ukroboronprom and the Indian company Adani Group have signed a memorandum to expand military and technical cooperation.
According to the press service of the state concern, the document was signed on February 23 by Director General of Ukroboronprom Yuriy Husev and President of Adani Defense & Aerospace Ashish Rajvanshi. The memorandum is related to the development, exchange of technologies and the production of various weapon systems and military equipment.
“The memorandum is the first step towards fruitful cooperation, which we agreed on during the Aero India 2021 exhibition. The document will soon be filled with important projects,” Husev said.
According to him, this is about cooperation, in particular, in the aircraft building and radar areas.
The parties also agreed to develop a roadmap for the implementation of future projects.
Adani Group is an Indian diversified business conglomerate with six companies in the fields of energy, logistics, agribusiness, real estate, financial services, defense and aerospace 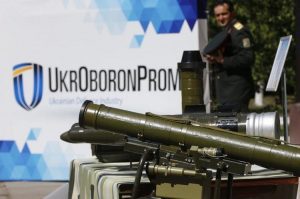 The state concern Ukroboronprom presents new military equipment and armaments of its own production at the International Defence Exhibition & Conference (IDEX 2021) in Abu Dhabi (the United Arab Emirates), which opened on Sunday.

“The exhibition will showcase a number of promising developments and products of the concern, such as a model of the Neptune ground anti-ship missile system and Vilkha high-precision jet system from the Luch design bureau,” the press service of Ukroboronprom said.

Neptune is a modern Ukrainian model of armament, which guided missiles are inconspicuous to enemy radars and are capable of destroying both ships and ground targets.

The Vilkha high-precision heavy multiple rocket launcher is considered one of the most powerful in the world in its class.

“Also, the visitors of the exhibition are offered natural samples of the Skif and Corsar anti-tank missile systems and a model of the Sokol-300 reconnaissance and strike drone, the concern said in the statement.

The concern said that IDEX-2021 will present the capabilities of the Oplot tank, which is the best in the world in a number of characteristics, the BTR-4 combat vehicle and other advanced developments of the concern member companies.

In total, more than a dozen natural and mock-up (large-scale) samples of military and dual-use products are planned to be presented at the Ukrainian stand. During the exhibition, a number of talks are planned with official delegations of various countries and international companies on further partnerships.

The exhibition will end on February 25. The concern’s delegation is headed by its General Director Yuriy Husev. The head of the Ukrainian delegation is Deputy Prime Minister of Ukraine, Minister for Strategic Industries Oleh Urusky.

IDEX is one of the largest international military exhibitions, which is held under the auspices of the President of the United Arab Emirates.

More than 900 leading defense companies from 59 countries will present their stands in the pavilions of the National Exhibition Center in Abu Dhabi.

Ukraine is represented by nine defense industry enterprises, seven of which are part of Ukroboronprom. 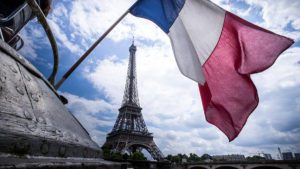 The French government has allocated technical assistance to the Ukrainian state concern Ukroboronprom in the amount of about EUR 900,000 Aivaras Abromavičius, director general of the state concern, has said.
“This is a sign of confidence in Ukraine, it is a sign of confidence in the changes that are taking place now in the Ukroboronprom concern … This is an amount close to EUR 900,000, one of the largest amounts that the French government has allocated to Ukraine,” he said at a briefing in Kyiv on Wednesday.
According to Abromavičius, this assistance will be used to fight corruption and raise corporate governance standards.
“France’s technical assistance will be directed in two main areas. This is, firstly, the anti-corruption area, and secondly, the improvement of corporate governance standards. In the area of anti-corruption policy, we plan to carry out a comprehensive criminalistics, so-called forensic, audit on some processes, contracts, which, unfortunately, the financial audit does not have the opportunity to reach,” he said.
He said that the forensic audit reveals hidden schemes and frauds that look like legitimate transactions, but are actually fraudulent, and there have been a lot historically in the concern.
Abromavičius stressed that the allocated funds would help build the best corporate governance standards in Ukroboronprom, according to Western standards.
“Within the project, we plan to develop new principles of corporate governance both at enterprises and at the concern itself. This is a large-scale project that requires time, which requires not only our efforts, but, as I said, the support of international partners. Branches of government will be involved, as well as Ukroboronprom partners themselves,” he added.
Abromavičius said that the French Embassy in Ukraine would choose a consultant company from the Big Four, and it will help find the best model for organizing a business.
“That is, we are starting to build a modern company,” he stressed.
According to Abromavičius, the forensic audit process should take four months.
“But, unfortunately, this information will be more for the leadership of the country, for the leadership of Ukroboronprom and for law enforcement agencies,” he said. 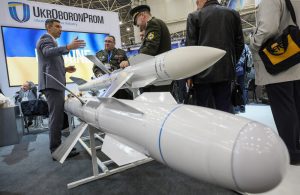 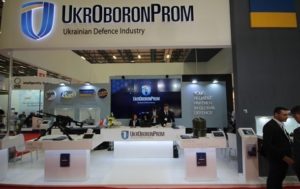 The enterprises of Ukroboronprom state concern reduced export volumes to $451 million a year compared to $900 million in 2013, director general of the state concern Aivaras Abromavicius has said at a meeting with Ukrainian President Volodymyr Zelensky in Kharkiv. “The most important reform we have already launched is the reform of exporters … We are reducing the number of exporters from six to two at the initial stage,” he said.
He specified that in order to rectify the situation, “movement veteran” Mykhailo Morozov was appointed to this direction. He has led ISTIL Group for more than ten years and has significant experience in managing special exporters, in particular, Progress state enterprise.
The director general of Ukroboronprom noted that 1,500 people are engaged in exports in the state concern, while in a Turkish company with export of $300 million per year some 80 people.
“People are sitting in the center of Kyiv, it is not clear what they are doing. We’ll motivate those people who will stay with us to work, because every time you go abroad, you have to blush,” Abromavicius described the current situation and plans.
As an example, he cited his recent trip to Peru and retold criticism from colleagues from South American countries.
“Guys, it’s hard to pronounce your names: Ukroboronprom, Spetstechnoexport, Ukrspecexport … You all run around, each with two agents, lower prices for your manufacturers,” they said.
The Ukroboronprom director emphasized that such a lack of culture and coordination within the concern should cease. 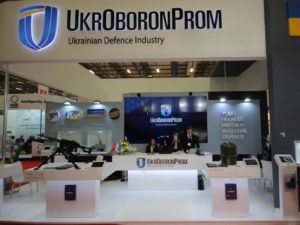 Baker Tilly Ukraine LLC from the Baker Tilly international audit network, has won a tender to select an auditor of consolidated statements of the Ukroboronprom state concern.
According to the ProZorro platform, where the auction was held on Thursday, Baker Tilly initially offered UAH 29.988 million for its services, while Ernst & Young LLC, its only rival, offered UAH 32.5 million, which corresponded to the starting price, and the total price amounted to UAH 29.336 million.
“This will be the first consolidated audit of the concern in the entire history of its existence,” the Ukroboronprom said in a statement.
The state concern said that earlier international audits were carried out only at individual enterprises –members of the concern. In particular, Baker Tilly Ukraine has already conducted an independent financial audit of the state-owned company for the export and import of military and special-purpose products and services Ukrspecexport, which is the largest Ukrainian special exporter and part of the Ukroboronprom group of companies.
Ukroboronprom recalled that the search for an auditor has been ongoing since 2017 and was unlocked in the summer of 2019, when Ukrainian President Volodymyr Zelensky reshuffled the concern’s supervisory board.