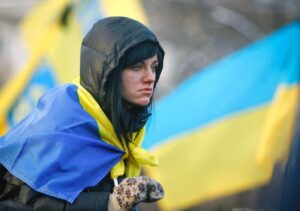 Over 23,000 Ukrainians have received permission to enter the United States as part of the new program of the administration of President Joseph Biden for Ukrainian refugees, CNN reports.
“According to the US Department of Homeland Security, more than 23,000 Ukrainians have received permission to enter the United States under the new program,” the statement said.
The TV channel notes that 6,000 of them have already arrived in the United States.
The Biden administration had previously pledged to accept up to 100,000 Ukrainians.
Earlier in April, US President Joseph Biden announced the “Uniting for Ukraine” program for accepting refugees from Ukraine, which will speed up their relocation to American territory. The program provides an opportunity for accelerated migration from Europe to the US to Ukrainians who have an American “sponsor”, such as a family or an NGO, ready to deal with them.

CHARGÉ D’AFFAIRES OF UNITED STATES IN UKRAINE RETURNED TO KYIV 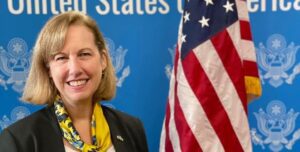 Chargé d’Affaires of the United States in Ukraine Christina Quinn said that she had returned to Kyiv.
“Just arrived in Kyiv! Glad to be back here on Victory in Europe Day. Glory to Ukraine! We are together with Ukraine,” the embassy tweeted on Sunday evening. 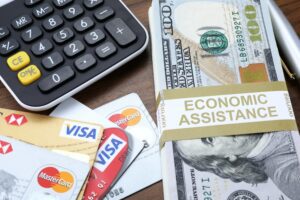 The United States will provide the government of Ukraine with another $500 million in direct economic assistance, U.S. President Joe Biden said on Thursday.
“Today, the United States is announcing that we intend to provide an additional $500 million in direct economic assistance to the Ukrainian government,” Biden said. According to him, the government of Ukraine will be able to use this money to stabilize the economy, support the population and pay salaries to employees.
He said that, thus, the total U.S. economic support to Ukraine over the past two months amounted to $1 billion. 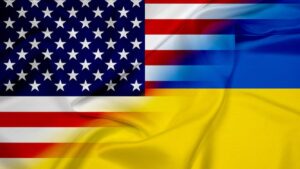 The United States introduced a special status (Temporary Protected Status) for citizens of Ukraine who were physically in the United States, Andriy Yermak, head of the President’s Office, said on Facebook.
According to him, the corresponding decision has been entered in the Federal Register and will be made public and registered tomorrow (April 19, 2022).
“I should note that at the request of the Ukrainian side, the date for which Ukrainian citizens must stay in the United States to qualify for TPS has been moved from March 1 to April 11, 2022! Thus, citizens of Ukraine who were physically in the United States as of April 11 will be able to take advantage of this program,” he wrote.
The status of temporary protection will allow Ukrainians to stay in the United States for up to 18 months with the possibility of applying for a work permit in the country.
“I want to thank our American partners for military, financial, humanitarian assistance, sanctions, and now for caring for our citizens, as well as the Ukrainian Embassy in the United States and our entire diplomatic team for their effective work. We continue to work further for victory, so that all our people can return as soon as possible and build a cool Ukraine together,” Yermak said. 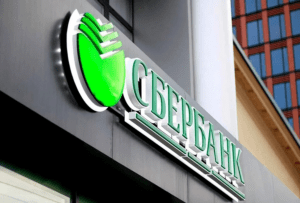 The United States has included a number of Sberbank Group companies, including subsidiary banks in Ukraine and Kazakhstan, Cetelem Bank, bankrupt Sberbank Europe AG and payment service YooMoney, in its sanctions list, a statement from the U.S. Treasury Department’s Office of Foreign Assets Control (OFAC) indicated.
Sberbank Insurance, Sberbank Life Insurance, Sberbank Insurance Broker, Sberbank Leasing, Sberbank Factoring, NPF Sberbank, Sberbank-AST, Sberbank Capital, Sberbank CIB and Strategy Partners have also been included in the OFAC Specially Designated Nationals List (SDN List), as has United Credit Bureau, in which Sberbank holds a 50% according to the latest disclosure.
The SDN List now also includes Digital Technologies, a company through which Russia’s top bank invested in a range of information technology companies.
The United States on Wednesday imposed blocking sanctions against Sberbank that call for freezing assets in the U.S. and bar U.S. citizens from doing any business with the bank. The UK imposed similar sanctions against Sberbank.
The United States imposed correspondent and payable-through account sanctions against Sberbank in February 2022. 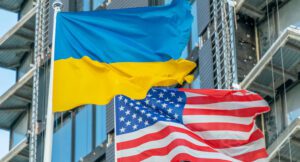 US President Joe Biden, in a conversation with his Ukrainian counterpart Vladimir Zelensky, announced Washington’s plans to provide Ukraine with $500 million in direct financial assistance, according to a White House press release.
“President Biden informed President Zelensky that the United States intends to provide the Ukrainian government with $500 million in direct budget support,” the document says.
The two leaders also discussed how the US is working with allies and partners to identify additional opportunities to provide defense assistance to the Ukrainian military. It was also about how the United States is trying to “satisfy the basic needs of Ukraine in the field of security.”
In addition, Zelensky provided Biden with information on the state of negotiations between Ukraine and Russia, the press release also says.