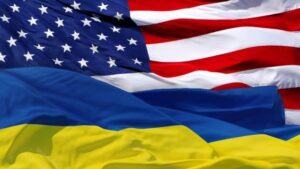 Rescue equipment worth $50 million was handed over to Ukrainian law enforcement officers by the American side, other aid packages are expected to be handed over in the near future, U.S. Ambassador to Ukraine Bridget Brink said.
Proud to strengthen our partnership with the Ministry of Internal Affairs of Ukraine and Minister Monastyrsky to support Ukraine’s law enforcement with $50 million in life-saving equipment. More is on the way,” Brink said on Twitter on Monday.
The ambassador also noted that the State Border Guard Service of Ukraine, the National Guard and the National Police of Ukraine, which are part of the Ministry of Internal Affairs, “have displayed true heroism in the most dire conditions.” 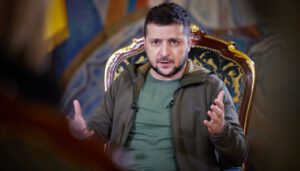 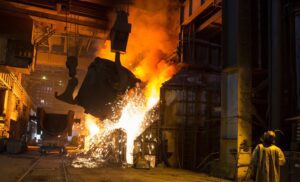 The United States will temporarily – for 12 months – suspend a 25% duty on Ukrainian steel imposed by President Trump under Section 232 of the Trade Expansion Act of 1962, U.S. Secretary of Commerce Gina M. Raimondo has said.
“For steel mills to continue as an economic lifeline for the people of Ukraine, they must be able to export their steel. Today’s announcement is a signal to the Ukrainian people that we are committed to helping them thrive in the face of Putin’s aggression, and that their work will create a stronger Ukraine, both today and in the future,” the statement of the minister is given on the website of the ministry.
The report states that 1 in 13 Ukrainians is employed in the steel industry of Ukraine, and their work is well paid.
“We are talking about stopping the 25% tariffs imposed in 2018 by the Trump administration,” Yulia Svyrydenko, First Deputy Prime Minister and Economy Minister, commented on the decision of the U.S. Department of Commerce.
According to her, the Ministry of Economy has been working on this project for several years.
“The abolition of these duties will be a turning point in trade relations between Ukraine and the United States,” she stressed.
According to the State Statistics Service, in 2021, the export of ferrous metals from Ukraine to the United States increased by 50.5% compared to the previous year, to $70.76 million, and ferrous metal products – 11 times, to $16.85 million. In total, these two accounted for 55.4% of all exports from Ukraine.
The U.S. Department of Commerce also recalled that some of Ukraine’s largest steel mills have suffered the most from Putin’s barbarism, and Azovstal in Mariupol has become a symbol of Ukraine’s determination to resist Russian aggression. The ministry added that many Ukrainian steel mills continued to pay workers, feed and shelter their employees during the fighting, and some resumed production despite nearby fighting.
“Creating export opportunities for these mills is essential to their ability to continue employing their workers and maintaining one of Ukraine’s most important industries,” the statement said.
It also states that following the sanctions, U.S. exports to Russia of categories of goods subject to new U.S. export licensing requirements decreased by 97% in value terms compared to the same period in 2021 (February 24-April 29), and total exports fell by about 79%.

11 PROFESSIONAL RESCUERS FROM THE USA, AUSTRALIA AND GERMANY ARRIVE IN UKRAINE 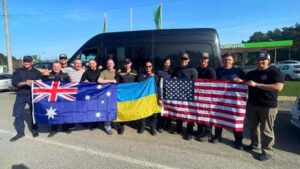 On Monday, April 18, Minister of Internal Affairs of Ukraine Denys Monastyrsky met foreign rescue colleagues who arrived in Borodyanka (Kyiv region).
According to the press service of the Ministry of Internal Affairs of Ukraine, 11 professional rescuers from the United States, Australia and Germany have expressed a desire to come to Ukraine on a volunteer basis and help Ukrainian rescuers. In the near future, 1 more Polish representative will join the team.
It is noted that now they will work in Borodyanka, where they will be involved in dismantling the rubble and deblocking buildings. 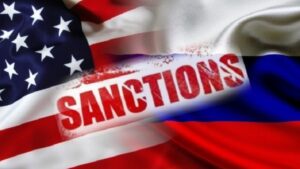 The United States bans the supply of luxury goods to Russia, complicates the purchase of expensive goods for oligarchs in the country, U.S. President Joe Biden said on Friday.

Referring to the measures against representatives of major Russian businesses, Biden said the U.S. Administration is also going to make it harder to buy luxury goods in the United States for Russians.

He also said that new names of billionaires from Russia and their families will be included to the U.S. sanctions lists.

In addition, this decision also applies to Belarus. The U.S. Department of Commerce released a statement saying that its Bureau of Industry and Security has imposed restrictions on the export, reexport and transfer (in country) of luxury goods to all end users in Russia and Belarus, as well as to certain “Russian and Belarusian oligarchs.”

This decision is expected to come into force on March 11. 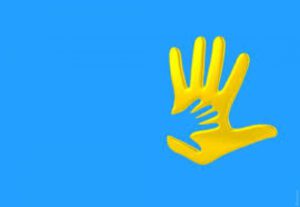 Ookla (the United States), the developer of the Speedtest service for determining the speed of mobile Internet connection, recognized Kyivstar as a mobile operator with the highest average mobile Internet speed and the largest network coverage in Ukraine in the second half of 2021, according to an Ookla Speedtest report published on the Speedtest website.
According to it, in Ukraine, in July-December 2021, the company conducted more than 1.113 million tests, in which subscribers of all mobile operators participated. In particular, the total number of tests on the Kyivstar network amounted to 532,488 with an average download speed (download) of 31.33 Mbps and data transmission (upload) of 14.59 Mbps.
Some 283,798 tests were carried out on the Vodafone Ukraine network with an average download speed of 29.18 Mbps, transmission – 11.69 Mbps; on the lifecell network – 276,225 tests with an average download speed of 12.36 Mbps and an upload speed of 6.26 Mbps.
According to Ookla, Kyivstar’s Speed Score was 41.25 (34.65 in the first half of 2021), Vodafone Ukraine – 38.60 (32.05), and lifecell – 16.05 (15.24). This indicator includes data on the speed of Download and Upload data, regardless of the standard.
In general, in Ukraine, the application was launched on 293,180 unique devices, of which the top five in terms of popularity includes iPhone 11 (9,325 tests), iPhone 7 (7,922 tests), Redmi Note 8 Pro (7,537 tests), iPhone Xr (6,999 tests) and iPhone Pro Max 5G (6,741 tests).
In addition, as noted in the Ookla report, Kyivstar received the highest number of points when testing coverage in Speedtest – 623 (versus 595 in the first half of 2021). This assessment is formed on an analysis of the number of locations where operators provide their services and the quality of mobile communications in each of them. Vodafone Ukraine got 488 (versus 493 points), and lifecell – 338 (versus 321).
At the same time, compared to the results of the first half of 2021, the results of testing the networks of Ukrainian mobile operators deteriorated slightly. So, in January-June 2021, on the Kyivstar network, an average download speed was 33.2 Mbps, and an upload speed – 15.7 Mbps. On the Vodafone Ukraine network – 30.37 Mbps and 13.73 Mbps; on the lifecell network – 15.72 Mbps and 8.15 Mbps respectively.
At the same time, over the past year, Ukraine has significantly improved its position in the Speedtest Global Index, Ookla’s global rating of mobile Internet speed, climbing 15 positions at once, from 77th place in January 2021 to 62nd position in January 2022.
The increase in the average speed of mobile Internet in Ukraine is associated with an increase in the number of 4G users, according to Kyivstar.
Ookla is a leader in testing and analyzing fixed and mobile internet speeds. Every day, thanks to the application, users around the world perform more than 10 million tests. At the end of 2018 and 2019, Kyivstar has already been marked by the company as an operator with the highest average mobile Internet speed in Ukraine.