PRESIDENT OF UKRAINE: POWERFUL SYSTEM OF INDUSTRIAL PARKS TO BE BUILT IN UKRAINE 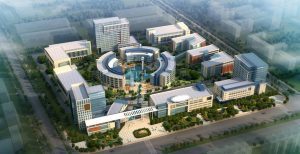 Ukraine is working to solve the problem of high-tech development and intend to build a powerful system of industrial parks in every region of the country, said President of Ukraine Volodymyr Zelensky.
“We have an important and ambitious goal for the development of industrial parks. This is a world-wide principle of organizing industry, which is an effective tool for attracting investment,” Zelensky said during his speech at the “Ukraine 30. Infrastructure” forum on Monday.
He recalled that currently there are 46 industrial parks in Ukraine, but “most of them are on paper, without the necessary infrastructure, without communications, without roads.”
Zelensky also noted that the construction of social infrastructure facilities throughout the country is now actively continuing. 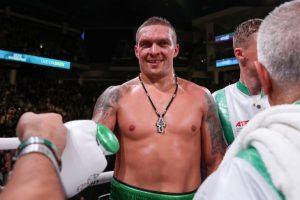 President of Ukraine Volodymyr Zelensky congratulated Ukrainian boxer Oleksandr Usyk on his victory over Briton Derek Chisora.
“Oleksandr, this was a stunning victory! Ukraine is proud!” He wrote on his Twitter on Sunday, November, 1.
On the night of October 31 to November 1 in London, Usyk, according to the decision of the judges, became the WBO Intercontinental heavyweight champion.

Ukrainian President Volodymyr Zelensky has accepted credentials from ambassadors of some foreign states: Estonia – Kaimo Kuusk, France – Etienne de Poncins, Austria – Gernot Pfandler, the Netherlands – H. E. Jennes de Mol, the United Kingdom – Melinda Simmons, the press service of the head of state has reported.
During a conversation with Estonian Ambassador Kuusk, an active political dialogue was noted between the two countries. Zelensky expressed gratitude to Estonia for the decision not to recognize Russian passports that are illegally issued to Ukrainian citizens in Donbas.
“I want to thank you, the government and the president for Estonia’s tough reaction to the issue of passports of the Russian Federation in the temporarily occupied territories,” he said.
The head of state expressed hope for enhancing trade, economic and investment cooperation with Estonia. Significant potential for cooperation in the areas of digitalization and e-governance was also noted.
During a conversation with Austrian Ambassador Pfandler, Zelensky thanked Austria for its continued support for the sovereignty and territorial integrity of Ukraine, as well as for practical assistance to the Ukrainian state in overcoming the consequences of Russian aggression.
“I would also like to thank Austria for the powerful sanctions policy towards Russia,” the president of Ukraine said.
Zelensky also thanked Austria for helping to rehabilitate the children of ATO participants.
“I know that about 500 children of ATO participants received rehabilitation assistance from your country,” he said.
The parties agreed on the need to intensify the political and economic dialogue between Ukraine and Austria. 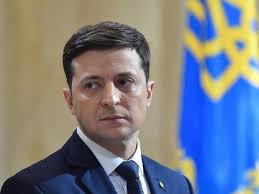 Ukrainian President Volodymyr Zelensky has discussed the importance of negotiations on a new agreement between Ukraine and the United Kingdom, which will guide relations after Brexit, with British Ambassador in Ukraine Melinda Simmons. The press service of the president reported that on Wednesday after accepting credentials Zelensky thanked the United Kingdom for help in conducting reforms and strengthening Ukraine’s defense during the conversation with the ambassador.
High intensity of political dialogue was noted, in particular at the level of leaders of the two countries.
“The importance of continuing negotiations on a new agreement between Ukraine and the United Kingdom, which will determine the political and economic relations between the two countries after the United Kingdom leaves the EU, was also discussed,” the press service said.
In turn, according to the British Embassy in Ukraine, Ambassador Simmons said that she is looking forward to welcoming Zelensky to the U.K. later this year to discuss Ukraine’s progress and consider how the U.K. can support the Ukrainian president further in his ambitious program for the development of Ukraine.
She said that The United Kingdom remains Ukraine’s steadfast friend and partner on your path of reforms, as well as in your efforts to defend your sovereignty, independence and territorial integrity.