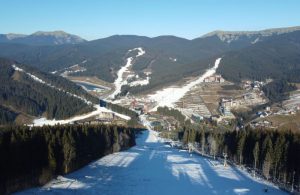 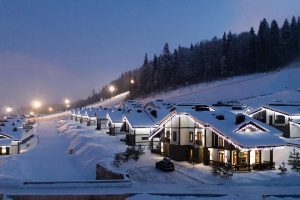 Investments in the infrastructure of the Bukovel ski resort in 2020 amounted to $ 15 million, and in general, since 2002, some $ 400 million has been invested in it, Bukovel co-owner Oleksandr Shevchenko has told Interfax-Ukraine.
“We managed to keep the attendance at the level of last year, despite the COVID crisis, primarily due to the wide and flexible offer,” Shevchenko said at the Ukraine.30 forum.
According to him, the average cost per tourist also did not change – about EUR150 per day, however, one can find a place for accommodation from UAH 50 per day, many people bought ski passes in advance: in summer they were on a special offer with a 50% discount.
Shevchenko says that thanks to Bukovel, more than 50,000 places of accommodation have been created, and more than 100,000 local residents are employed in the tourism industry.
He also announced readiness to join the reconstruction of the airport in Ivano-Frankivsk, which would improve the quality of the resort.
“We are ready to engage in the reconstruction with the forces available to us, invest our own funds in the terminal. Considering the state monopoly on the runway, we are ready to offer our participation in its restoration,” the Bukovel co-owner told the agency.
According to him, the renovation and completion of the runway would provide Ivano-Frankivsk with international air gates and increase the attractiveness of the region for foreign tourists. 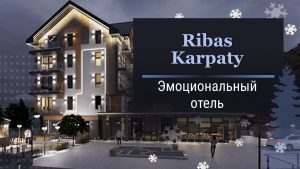 RibasHotels Group LLC (Odesa), the managing company of the national network of tourist hotel and restaurant complexes of 3-4-star categories, opened a four-star RibasKarpaty hotel in Bukovel (162a Vyshni Street, Polianytsia village, Ivano-Frankivsk region), which became the first facility of the company outside the Black Sea coast.
“In this project, we also acted as a developer who realized the purchase of the site, design and construction of the facility. And in the future we will manage the hotel under the Ribas brand … The site was acquired in early 2019, construction began in May of the same year and it was completed on December 12,” said founder of Ribas Hotels Group Artur Lupashko during an online briefing on Tuesday.
The hotel originally bore the working title of Ribas Bukovel, but Bukovel Group of Companies officially requested not to use the resort brand in the hotel name.
The total area of the Ribas Karpaty hotel is 3,200 square meters, hotel room capacity is 47 rooms. The hotel infrastructure includes the LIS restaurant with access to the terrace, coworking space with panoramic mountain views, swimming pool, Finnish and Roman saunas, jacuzzi, massage rooms, SPA area, and a children’s room.
The total investment in the project was about UAH 100 million, the estimated payback period is 9-11 years.
As reported, in 2020, the management company Ribas Hotels Group (Odesa) became an investor in the Mandra glamping network and plans to expand it to 20-25 franchising facilities.
Ribas Hotels Group LLC was established in 2017. According to the unified public register, Lupashko is the head and owner of a 100% stake in the charter capital of the company. 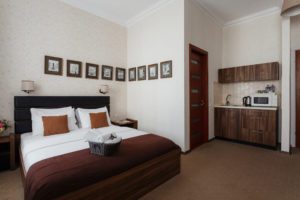 Ribas Hotels Group LLC (Odesa), the managing company of the national chain of three- and four-star hotel and restaurant complexes, has completed the acquisition of a hotel in Bukovel, Ivano-Frankivsk region, and plans to build a new one there by the end of 2019. “In December 2019, the managing company Ribas Hotels Group plans to open a new hotel in Bukovel. The facility is located in Polianytsia (162a Vyshni Street), next to ski lift No. 1,” the company’s press service told Interfax-Ukraine.
The new hotel will be built on the site of the previously acquired hotel facility, which has already been dismantled. The hotel will occupy 3,200 square meters; $4 million will be invested in the project, the company said. “The hotel will offer 45 rooms, and include a spacious restaurant with a terrace, co-working with panoramic mountain views. Before the blueprints were drawn up, we talked to pro skiers and snowboarders, so infrastructure for active tourists takes into account the smallest details… There will also be rooms for guests with disabilities,” General Director of Ribas Hotels Group Artur Lupashko said.
According to him, the swimming pool, Finnish saunas and Roman baths, spa tubs, a massage parlor and a large spa area are almost ready.
As Lupashko earlier said, Ribas Hotels Group in 2019 plans to channel UAH 300 million in investors’ funds into the construction of new hotels. As of February 2019, it manages 25 hospitality facilities.
Ribas Hotels Group LLC (Odesa) was established in 2017. 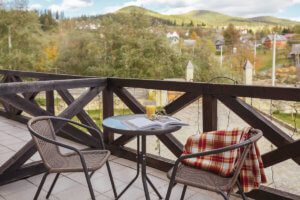 Ribas Hotels Group LLC (Odesa), the managing company of the national network of three- and four-star hotel and restaurant complexes, plans to complete the acquisition of a hotel in Bukovel, Ivano-Frankivsk region, by the end of 2018, and in two or three years to gain a foothold in all resort regions of Ukraine.
“We are positioning ourselves as a network of tourist-oriented hotels. Therefore the main focus is on Western Ukraine: in September we are buying a hotel in Bukovel, we are negotiating for the purchase of a 50% stake in one of the largest hotels in Lviv. We also plan to launch a hostel or an apart-hotel. We are looking to the hotels for rent in Kyiv,” Artur Lupashko, the founder of Ribas Hotels Group, told Interfax-Ukraine.
According to him, the opening of a hotel in Bukovel is scheduled for the third and fourth quarters of 2019. The facility is unfinished and it will take eight or nine months to complete all the works.
Lupashko added the company also plans to enter the international market.
Ribas Hotels Group also plans to develop a franchise direction.
Ribas Hotels Group provides comprehensive management services, the services of exclusive booking, franchising, design.