As of July 2022, about 76.6% of Ukrainians use social networks as a source of information, according to an analysis of the Ukrainian IT company GlobalLogic based on open data.
Russia’s full-scale invasion of Ukraine has led to a surge in the use of social media as a source of news, the company said in a statement on Friday.
“Among 76.6% of Ukrainian citizens who use social networks as a source of information, 66% choose Telegram, 61% – YouTube, 58% – Facebook. It is important to note that the respondents could choose several answers. Today, more than 28 million Ukrainian users, on Instagram – more than 16.1 million, on Facebook – 15.45 million. TikTok has more than 10.55 million Ukrainian users,” GlobalLogic notes.
At the same time, at the beginning of 2022, the number of registered Ukrainian users of the social network for searching and establishing business contacts LinkedIn amounted to only 3.6 million people.
“Recruiters, both in Ukraine and abroad, are looking for candidates on social networks. For example, in 2022, 39% of candidates in the world found work through social networks, including using LinkedIn or Facebook,” the recruiting director comments in GlobalLogic Julia Shmulya.
GlobalLogic also uses LinkedIn to find talent – more than 26% of GlobalLogic consultants found their position in the company through LinkedIn.
The company notes that there are more Internet users not only in Ukraine, but also in the world – over the past year, the number of social media users increased by 227 million and reached 4.7 billion as of the beginning of July 2022.
Over the past 12 months, the global social media user base has grown by more than 5% and accounts for 59% of the total population of the planet.

KYIVSTAR: UKRAINIANS USE VIBER AND FACEBOOK MOST OF ALL 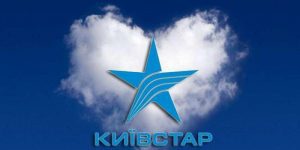 The mobile operator Kyivstar has analyzed the popularity of messengers, social networks and platforms among Ukrainians.
According to the company’s report, the study used generalized and anonymized data on mobile data traffic in the operator’s network.
According to the operator, Viber is the most popular messenger among Kyivstar subscribers – 12 million subscribers of the operator use it monthly. Next in the ranking are Facebook Messenger with 11 million users, Telegram with 6 million and WhatsApp with about 5 million.
“The most popular social platforms are Facebook and YouTube, they are monthly used by about 13 million Kyivstar subscribers. Instagram is used by 10 million people. Unexpectedly, Twitter ranks third with 7 million, and TikTok closes the list of leaders with 5.5 million,” Kyivstar said.
According to the report, on average, the operator’s subscribers spend the most time on TikTok – 88 minutes a day. And every tenth user spends more than 4 hours a day in this application.
YouTube is watched an average of 54 minutes a day, and 44 minutes is spent on Facebook.
Kyivstar subscribers actively use social networks in the evening, from 18:00 to 22:00, as well as in the afternoon, from 12:00 to 13:00.
Expectedly, the largest amount of mobile Internet per month is used when watching YouTube – an average of 2.5 GB per subscriber, TikTok ranks second place with 0.6 GB, and Instagram – 0.4 GB. 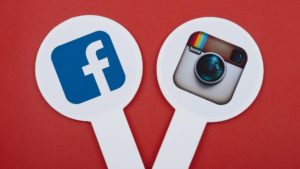 The number of Ukrainian users of the Instagram social network in 2019 increased by 4.5%, to 11.5 million (about 11 million in 2018), the number of Facebook users by 7.7%, to 14 million. Such research data of the Ukrainian audience of social networks was released by PlusOne communications agency on its website.
According to the study, the main increase in Instagram audience was due to users 19-27 years old, and the increase in Facebook audience was mainly due to users aged 39 or more. Moreover, in almost all regions of Ukraine, except for Kharkiv region, Facebook is more popular than Instagram, and most users prefer the mobile version of the network rather than desktop.
“Ukraine ranks second in the world in the number of women registered in popular social networks. It ranks second in the world in the number of women who are Facebook users and is in the top ten countries in the number of Instagram users. In addition, the female audience of Facebook and Instagram outweighs the male in all age categories,” according to the report.
According to the PlusOne study, in October-December 2019, as well as January 2020, the Facebook Messenger audience in Ukraine increased by 1.5 million users, to 8.7 million.
At the same time, the report indicates that the total audience of Ukrainians available to advertisers through Facebook instruments is 19.5 million users.
Instagram, according to the study, achieved the highest penetration in Kyiv (45%), Odesa (36%) and Kharkiv (34%) regions. Whereas Facebook is the most popular in Kyiv (penetration is 55%), Lviv (44%), and Zakarpattia (40%) regions.

FACEBOOK IS IN TOP-10 INTERNET RESOURCES BY POPULARITY IN UKRAINE, AUDIENCE REACHES 65% 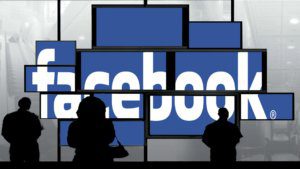 Facebook.com in April 2018 became the only social network that entered the top ten Internet resources in Ukraine in terms of popularity, according to the Kantar TNS CMeter research conducted by Kantar TNS. According to a press release posted on Kantar TNS’ website, Facebook.com ranks third with an audience reach of 65.38%. The leaders are Google.com with a coverage of 98.18% and Youtube.com with 80.1%.
At the same time, Russian Internet services and social networks, banned in the spring of 2017 in Ukraine, have enough percentage to hit the top 25 popular websites: Vk.com (29.98%) ranks 11th, Yandex.ua (22.89%) ranks 13th, Mail.ru (20.74%) ranks 14th, and Odnoklassniki.ru (15.86%) ranks 23rd.
The CMeter study unties data from three sources: site-centric counters integrated into the websites. At the moment, about 250 websites are studied, of which about 30 with video fixation. Frame-centric counters are installed not on the website, but in the frame of the banner network. At the moment, these counters are used at more than 2,500 websites. The user-centric panel covers about 5,000 respondents daily, along with the standard indicators (hits, coverage, socio-demographic, etc. indicators for all the sites contacted by the respondent), it also records the panelists’ contact with the content.
Data from all the sources are combined in real time, which guarantees no data loss.