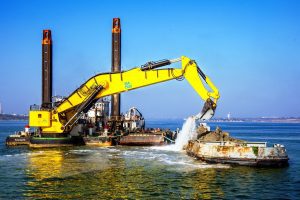 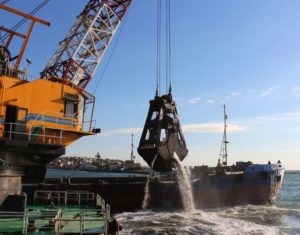 Ukrainian Sea Ports Authority (USPA) is starting exploitation dredging works at Berdyansk seaport in an amount of 1.85 million cubic meters. As the USPA press service said, Dunay dredger to maintain the passport depths has already come to Berdiansk port.
“The start of operational dredging is an important event for the Berdiansk seaport. A decrease in depth negatively affects the competitiveness of our port and the efficiency of port operators. The contractor has a large-scale task: to dredge with a total volume of 1.85 million cubic meters. The first dredger has already begun work in the port’s water area, we expect that in September the contractor’s fleet will begin to work in full force in the Berdiansk port,” a press service of USPA regional office in Berdiansk quotes its chief Oleksandr Barchan as saying.
At the end of May 2019, USPA for the restoration of passport depths in the port of Berdiansk, following a tender in the ProZorro electronic procurement system, signed an agreement with Azimut Specialized Technical Bureau LLC. According to USPA, the savings following the results of the tender amounted to more than UAH 75 million.
According to the agreement, the total amount of works to be performed by the contractor in the port of Berdiansk is 1.85 million cubic meters. It is necessary to carry out major works with an amount of 1.39 million cubic meters on the access channel, and 466,000 cubic meters in the port water area. The contractor should complete half of the contract by the end of 2019.
On a par with contractor’s fleet, Meotida dredger continues its works at Berdiansk port operating on the certain parts of the access canal.
As reported, in 2019 USPA plans to carry exploitation dredging at seven seaports: Mariupol, Berdiansk, Izmail, Chornomorsk, Mykolaiv, Odesa, Kherson, and two major dredging projects at Chornomorsk and Yuzhny ports. 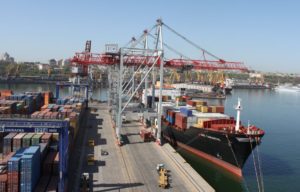 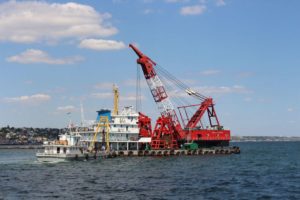 The specialized fleet of Delta-Pilot, the branch of the Ukrainian Sea Ports Authority, almost doubled dredging in 2018 compared with 2017, to 1.341 million cubic meters. More than a third of this volume (497,300 cubic meters) is the result of the operation of the Meotid dredger in Mariupol and Berdiansk ports of the Sea of Azov. Last year, operational dredging was also carried out in the port of Izmail, on the Kherson marine and Bug-Dnieper-Limansky canals, as well as on the Danube-Black Sea approach canal.
Currently the specialized fleet of the Delta-Pilot branch is undergoing planned preparation for new navigation: the classification and dock repairs are carried out at all ships.
Ship repairs are scheduled to be completed in the second quarter of 2019 and, upon termination of spawning (June 1–15), they will proceed to the implementation of operational dredging.
As reported, the Ukrainian Sea Ports Authority announced two tenders for dredging in Berdiansk and Mariupol ports totaling 1.85 million cubic meters and 1.9 million cubic meters. The expected cost of work is UAH 430 million without VAT and UAH 460 million without VAT respectively. 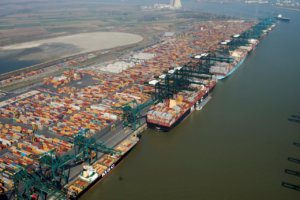 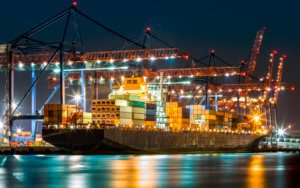 The Ukrainian Sea Ports Authority of Ukraine counts on the successful completion of the corporatization process by the end of 2019 if it is included in the list of strategic companies that can be corporatized before the end of 2018, head of the agency Raivis Veckagans has told Interfax-Ukraine.
“We hope that by the end of the year, the Cabinet of Ministers will decide to include us in the list of strategic companies that can be corporatized. And in this case, we aim to complete corporatization in a year, because we need to change the legislative framework,” he said.
According to Veckagans, the corporatization of the Ukrainian Sea Ports Authority will mean, first of all, a greater transparency of the structure for the market, as well as acceleration of administrative processes within the company.
“It is important for us after the completion of corporatization and the creation of the supervisory council to have the opportunity to manage the assets held on the balance sheet of the company and use them effectively to attract cargo traffic, that is, income,” he stated.